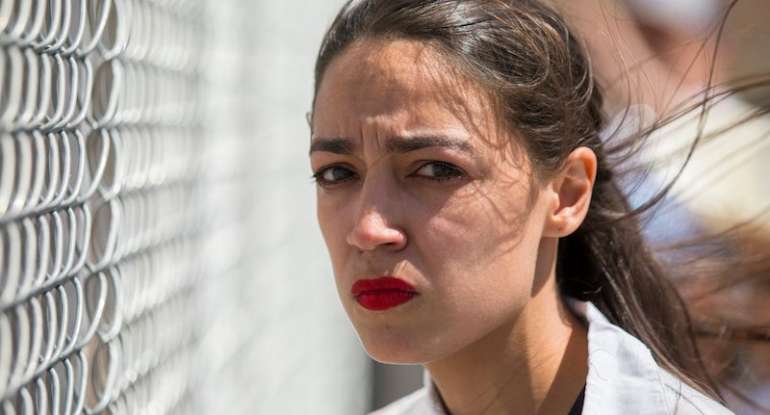 Alexandria Ocasio-Cortez levels a veiled threat against Miami, Florida if leaders don’t implement her Green New Deal; namely, that global warming will sink the city into oblivion. This is sounding more like a Marvel comic theme every day. ⁃ TN Editor

“If you tell a lie big enough and keep repeating it, people will eventually come to believe it,” said Nazi propaganda master Joseph Goebbels. Such is the case with global warming hysterics who have recently begun to make headway among concerned citizens.

When Rep. Alexandria Ocasio-Cortez came on the scene, she immediately began to make wild, hysterical predictions about the end of civilization.

“Millennials and people, you know, Gen Z and all these folks that will come after us, are looking up, and we’re like: ‘The world is gonna end in 12 years if we don’t address climate change, and your biggest issue is how are we gonna pay for it?”

To be fair to AOC, she was quoting a UN report that claims in 12 years, we’ll reach a “point of no return” when it comes to climate change. That is, if we don’t do something in 12 years, warming will be out of control and we’ll be unable to avert catastrophe.

A senior U.N. environmental official says  entire nations could be wiped off the face of the Earth by rising sea levels  if the global warming trend is not reversed by the year 2000.

He said governments have a 10-year window of opportunity to solve the greenhouse effect before it goes beyond human control.

But don’t try and stop AOC. She’s on a roll.

At an NAACP forum yesterday, AOC predicted that the city of Miami would disappear in a few years unless her Green New Deal is enacted.

“When it comes to climate change, what is not realistic is not responding with a solution on the scale of the crisis — because what’s not realistic is Miami not existing in a few years,” the New York Democrat said Wednesday at an NAACP forum. “So we need to be realistic about the problem.”

AOC has tried to make climate change a racial issue because, well, it’s easier to sell that way and apparently all those people who were going to die in 2000 if we didn’t do anything about global warming are mostly people of color.

Actually, her agenda is not hidden at all. The “Green New Deal” has little to do with climate change and everything to do with “economic justice.”

In July, then-Ocasio-Cortez chief of staff Saikat Chakrabarti  revealed that the Green New Deal was not “originally a climate thing at all … we really think of it as a how-do-you-change-the-entire-economy thing.”

Chakrabarti, 33, said the Green New Deal was about changing the economy to make it more equitable.

“I think … it’s dual. It is both rising to the challenge that is existential around climate and it is building an economy that contains more prosperity,” he said. “More sustainability in that prosperity — and more broadly shared prosperity, equitability, and justice throughout.”

Anyone can convince the fearful, in this case seniors and uninformed people of color, that they are not smart enough to think for themselves. Consequently, AOC and her idiotic regime will think for them by telling the biggest lies I’ve ever heard.

I find it hard to believe that anyone buys this ridiculous crap they are selling. Bottom line: If you are being led to be afraid of something/anything and react in a particular manner then you are being sold PROPAGANDA to benefit those who are telling the story.