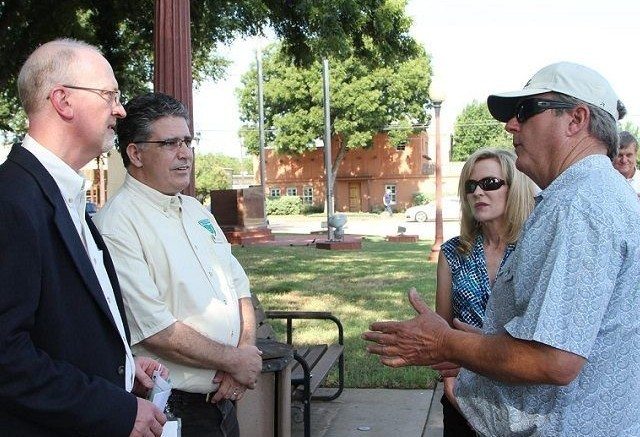 TN Note: The Bureau of Land Management (BLM) has confiscated land from ranchers and farmers all over America. Some ranchers don’t cave in. After a protracted 30-year battle, Tommy Henderson completely whipped the BLM and got his land BACK. This will not stop the BLM, much less slow it down, in bullying other ranchers to vacate their property in an unlawful manner.

A Texas farmer finally received land back that was taken from him by a court and given to the U.S. Bureau of Land Management (BLM) more than thirty years ago. The victory puts land back into his undisputed possession and control that has been in his family since 1904. It also brings hope and a pathway to victory for other farmers who stand to lose up to 90,000 acres of land to the BLM.

Tommy Henderson met with BLM officials on the steps of the Clay County Courthouse in Henrietta, Texas, where he was presented a patent from the U.S. government bestowing rights to ownership and use of the property, according to an article by Lynn Walker in theWichita Falls Times Record News. Henderson told the Times Record he hopes this will pave the way for dozens of other Red River land owners in Texas who are battling to keep their land from being taken by the BLM.

In a federal court decision in 1984, a judge stripped Henderson of ownership of a portion of his land located along the Red River in Texas. The Red River is Texas’ northern border with Oklahoma. Some of that land was given to the BLM and a small section was awarded to an Oklahoma man who brought the lawsuit. The Oklahoma rancher was attempting to claim land because of boundary changes due to erosion and evulsion.