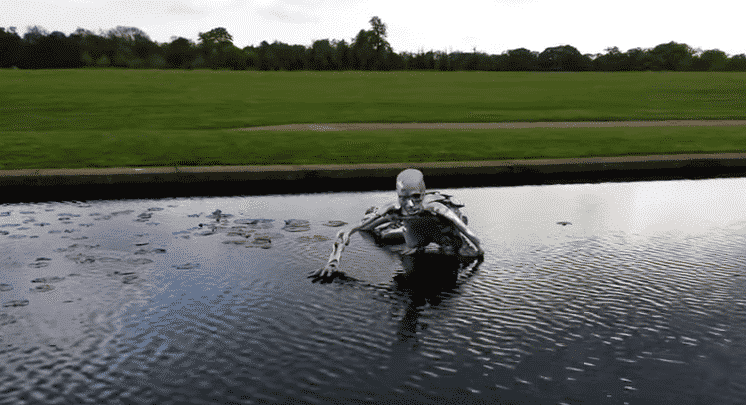 TN Note: A society of haves and have-nots is at hand. Those with unlimited funds are dumping millions into life extension technologies, but it is very doubtful there will be a trickle-down effect to bring benefit to the lower classes.

The eugenicists at The Royal Society, in conjunction with Academy of Medical Sciences, British Academy and Royal Academy of Engineering came together this month to discuss the potentials, opportunities and challenges of the melding of man with machine (i.e. transhumanism) under the guise of augmentation technologies.

At the Human Enhancement and the Future of Work conference, and further expanded upon in their published report, explains how science and ethics are coming into conflict as technology promises to replace the faulty human body with an eternal, mechanical replacement.

These transhumanists define human enhancement as everything that “encompasses a range of approaches that may be used to improve aspects of human function (e.g. memory, hearing, mobility). This may either be for the purpose of restoring an impaired function to previous or average levels, or to raise function to a level considered to be ‘beyond the norm’ for humans.

Rebuilding the human body is being researched in institutions such as Stanford University in California has recently devised a mathematical algorithm, called ReFIT that can decipher neurological signals in the brain that convey movement, speed and accuracy. The public justification for this study is to improve “prosthetic system performance and robustness in paralyzed people”, yet the implications could serve to create super humans and super soldiers.

The Food and Drug Administration has approved ReFIT for human clinical trials as the researchers endeavor to create neuroprosthetics where mind – controlled robotic limbs will become a viable future.

One working prototype is the Bebionic3 myoelectric hand, formed from aluminum with alloy knuckles that mimic real human hand movements. This neuroprosthetic sends electro-signals to the human brain and helps the mind operate and control the function of the prosthetic.

The replacement of bio-mechanical creations in “the nature of work” for the future is expected to improve society by:

The Defense Advanced Research Projects Agency (DARPA) has a $2 billion yearly budget for research into creating a super solider as well as developing a synthetic police force. Working with the human genome, DARPA hopes to manipulate certain gene expressions. In experimentation, DARPA and the military industrial pharmaceutical complex are using natural abilities that are enhanced through genetic engineering.”

And some will accomplish this very task. The Bible states in the final days, men will seek death, and will not find it…but that they will also seek for a place to hide from the terrible judgement that awaits them. What good is it for a man to gain all the world, but to sell ones soul. These sad men, thinking they have gained immortality, but what good is immortality in the bowels of hell. I prefer a brief moment in the company of a family that loves me, rather than sychophants who fear me, always weary of my wrath.

Making super-men and manipulating the human genome under eugenics, science, technology and transhumanism could be termed “lying wonders” designed by the worldly wise men of this world, and used by the god of this world (Satan) to enslave unsaved men and women in godless humanism and the lie that he has not ceased to spin to deceive mankind, “Ye shall not surely die” (Genesis 3:4). The transhumanists have fallen for the lie and rejected the LORD Jesus Christ who through the cross has abolished death, and gives eternal life and immortality to all who receive him as personal Saviour (2… Read more »