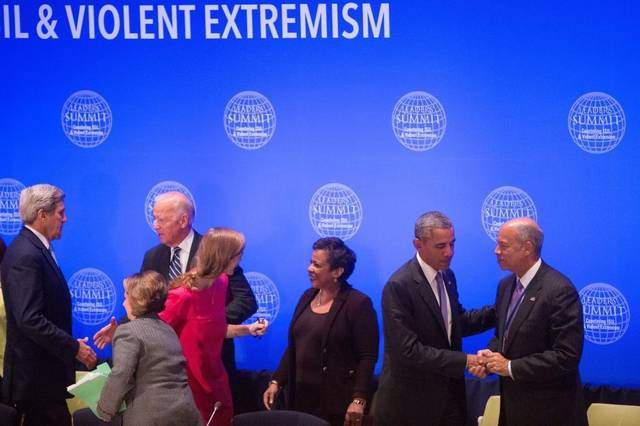 As I reported on October 6, the Strong Cities Network (SCN) is a program hatched by the Department of Justice wherein control of local law enforcement is handed over to a London-based think-tank called the Institute for Strategic Dialogue (ISD).

In Europe, ISD has gained a reputation for being committed to the identification and targeting of “far right extremists.” Now, four American cities — New York, Atlanta, Denver, and Minneapolis — have become part of the ISD’s Strong Cities Network.

As for the organization’s ties to the UN, consider Attorney General Loretta Lynch’s announcement at the UN, wherein she stated:

Connecting those localities to one another — as the Strong Cities Network is doing — is not only a powerful way to lift up our communities worldwide.  It also sends a message about who we are and what we aspire to be — as an alliance of nations and as a global community.

It’s not just any old alliance that is behind the ISD. A quick search of the group’s website reveals the identity of its Board of Trustees: a cadre of internationalists that is second to none.

Among the 14 board members is found Charles Guthrie, Baron Guthrie of Craigiebank, a member of the House of Lords, who currently acts as a non-executive director of global financier, NM Rothschild & Sons and represents the firm’s interest on the Trilateral Commission.

Guthrie also spoke at the 2011 meeting of the Bilderberg Group.

He’s not the only director of the ISD with an impressive internationalist resume. Consider the Insider bona fides of ISD board member Dr. Gary Samore.

From 2006 to 2009, Dr. Samore was Vice President for Studies at the Council on Foreign Relations (CFR) in New York, where he held the Maurice R. Greenberg chair and directed the David Rockefeller Studies Programme. Before joining CFR, Dr. Samore was vice president for global security and sustainability at the John D. and Catherine T. MacArthur Foundation in Chicago, and from 2001 to 2005, he was Director of Studies and Senior Fellow for Non-Proliferation at the International Institute for Strategic Studies (IISS) in London. At IISS, he produced three “strategic dossiers” on Iran (2005), North Korea (2004), and Iraq (2002), which are considered authoritative and exemplary assessments of nuclear, biological, chemical, and missile programmes in those countries.

Remember, there are now four major American metropolises that have handed over control of their law enforcement policy and practice to the Institute for Strategic Dialogue, who in turn is controlled by a who’s who of top tier globalist, one-world government, CFR, Trilateral, Bilderberg, Rothschild power brokers.