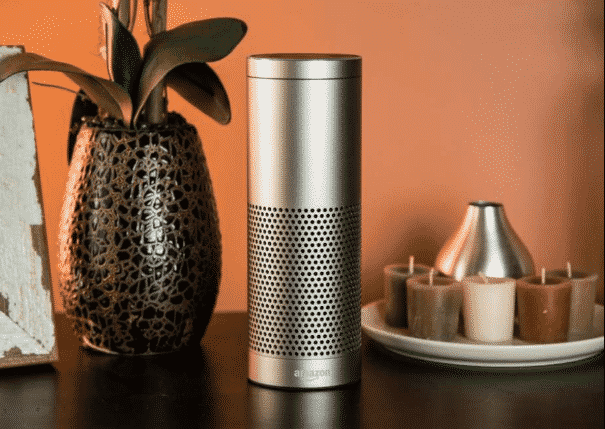 Surveillance is always for some other benefit like “training the AI program” but once your data is recorded, stored, transcribed and analyzed, it can and will eventually be used against you. ⁃ TN Editor

Would you let a stranger eavesdrop in your home and keep the recordings? For most people, the answer is, “Are you crazy?”

Yet that’s essentially what Amazon has been doing to millions of us with its assistant Alexa in microphone-equipped Echo speakers. And it’s hardly alone: Bugging our homes is Silicon Valley’s next frontier.

Many smart-speaker owners don’t realize it, but Amazon keeps a copy of everything Alexa records after it hears its name. Apple’s Siri, and until recently Google’s Assistant, by default also keep recordings to help train their artificial intelligences.

So come with me on an unwelcome walk down memory lane. I listened to four years of my Alexa archive and found thousands of fragments of my life: spaghetti-timer requests, joking houseguests and random snippets of “Downton Abbey.” There were even sensitive conversations that somehow triggered Alexa’s “wake word” to start recording, including my family discussing medication and a friend conducting a business deal.

For as much as we fret about snooping apps on our computers and phones, our homes are where the rubber really hits the road for privacy. It’s easy to rationalize away concerns by thinking a single smart speaker or appliance couldn’t know enough to matter. But across the increasingly connected home, there’s a brazen data grab going on, and there are few regulations, watchdogs or common-sense practices to keep it in check.

Let’s not repeat the mistakes of Facebook in our smart homes. Any personal data that’s collected can and will be used against us. An obvious place to begin: Alexa, stop recording us.

“Eavesdropping” is a sensitive word for Amazon, which has battled lots of consumer confusion about when, how and even who is listening to us when we use an Alexa device. But much of this problem is of its own making.

Alexa keeps a record of what it hears every time an Echo speaker activates. It’s supposed to only record with a “wake word” – “Alexa!” – but anyone with one of these devices knows they go rogue. I counted dozens of times when mine recorded without a legitimate prompt. (Amazon says it has improved the accuracy of “Alexa” as a wake word by 50 percent over the past year.)

What can you do to stop Alexa from recording? Amazon’s answer is straight out of the Facebook playbook: “Customers have control,” it says – but the product’s design clearly isn’t meeting our needs. You can manually delete past recordings if you know exactly where to look and remember to keep going back. You cannot actually stop Amazon from making these recordings, aside from muting the Echo’s microphone (defeating its main purpose) or unplugging the darn thing.

Amazon founder and chief executive Jeff Bezos owns The Washington Post, but I review all tech with the same critical eye.

Amazon says it keeps our recordings to improve products, not to sell them. (That’s also a Facebook line.) But anytime personal data sticks around, it’s at risk. Remember the family that had Alexa accidentally send a recording of a conversation to a random contact? We’ve also seen judges issue warrants for Alexa recordings.

Alexa’s voice archive made headlines most recently when Bloomberg discovered Amazon employees listen to recordings to train its artificial intelligence. Amazon acknowledged some of those employees also have access to location information for the devices that made the recordings.

Saving our voices is not just an Amazon phenomenon. Apple, which is much more privacy-minded in other aspects of the smart home, also keeps copies of conversations with Siri. Apple says voice data is assigned a “random identifier and is not linked to individuals” – but exactly how anonymous can a recording of your voice be? I don’t understand why Apple doesn’t give us the ability to say not to store our recordings.

[…] Alexa Has Been Eavesdropping On You The Whole Time […]

DON’T BUY THESE ELECTRONIC DEVICES. That is the solution. You don’t buy them. They don’t produce them. The very stupidest person on Earth has to know that corporations cannot be trusted, EVER. Now, we have to contend with the corporate government of America that we all know exists.

Therefore, I don’t see the problem for moderately intelligent people with a little bit of common sense.