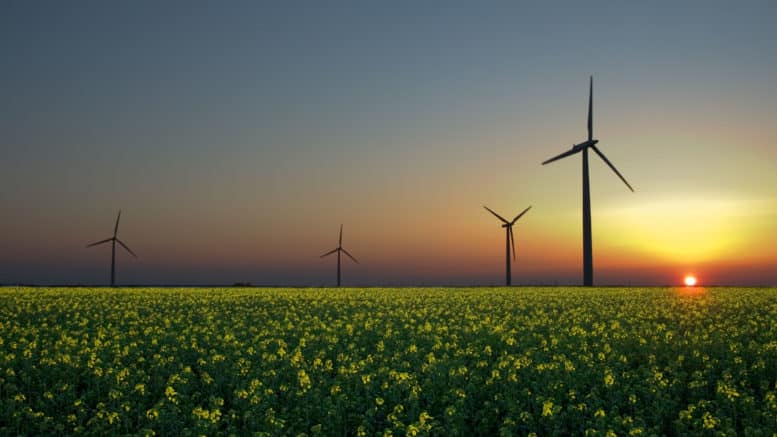 Are American consumers and businesses willing to pay 200-300 percent more for wind and solar power-generated energy? Since all economic activity is directly enabled by energy, what will shock prices do to the economy? ⁃ TN Editor

Renewable energy has certainly been in the news of late, with a number of states announcing efforts to ramp up wind and solar power. Minnesota is now joining this green movement, thanks to legislation introduced by Sen. Nick Frentz, DFL-North Mankato, and Rep. Jamie Long, DFL-Minneapolis. The two are hoping to raise Minnesota’s renewable-energy standard to at least 80 percent by 2035, with a full shift to 100 percent by 2050.

Essentially, Frentz and Long are aiming Minnesota toward a future built mostly on wind and solar power within the next 30 years. Is this practical? And what might it cost?

Right now, Minnesota generates almost 40 percent of its electricity from coal-fired power plants, according to the U.S. Energy Information Administration. And the state’s nuclear power units account for another 23 percent of net generation. Unlike many states, Minnesota doesn’t use a lot of natural gas-fired power. But its wind farms generated almost 11 million megawatt hours of electricity in 2017 — about as much as its nuclear output. Minnesota ranks eighth in the nation for net wind generation.

The proposed shift away from this balanced mix of resources, along with the security and reliability currently provided by the state’s coal fleet, should give pause. The potential costs of such a transition could be significant.

Residential electricity in Minnesota currently costs 12.47 cents per kilowatt hour, roughly the national average, the Energy Information Administration reports. Germany offers a helpful comparison, since it has been incorporating a similar renewable-energy effort for more than a decade. While Germany has embraced wind and solar power, its electricity costs have skyrocketed to 30 cents per kilowatt hour, the highest in Europe, according to Energy Transition. Even with massive subsidies, Germany’s wind turbines and solar panels still provide only 29 percent of the country’s total electricity generation.

It’s not just rising surcharges pushing up Germany’s electricity prices. There’s also a fundamental inefficiency. Wind and solar perennially require back-up systems for when the wind doesn’t blow and the sun doesn’t shine. According to the Department of Energy, the most advanced wind turbines reach their full capacity only 42.5 percent of the time. The highest-performing solar panels — ones in the southwestern U.S. that feature sun-tracking motors — reach their full capacity at an even lower 30 percent of the time. Such intermittency issues explain why Germany still relies on coal plants to generate additional power when needed, as Forbes has reported.

Extended weather disturbances can also drastically reduce the output of renewables. During this winter’s polar vortex, utilities were forced to shut down wind turbines in the face of bitter cold that can freeze gears and shatter turbine blades. Bloomberg News reported that many utilities were forced to meet escalating power demands by ramping up existing coal and natural-gas plants. Minnesota is acutely familiar with such conditions, since the northern part of the state can experience freezing temperatures practically year-round.

Many wind and solar advocates are now looking to battery storage as an all-purpose solution to fill the gaps when wind and solar aren’t available. But the best market-ready grid-scale battery technologies can only provide hours of backup. And that’s simply not enough to compensate during days — and even weeks — of low wind and solar output.