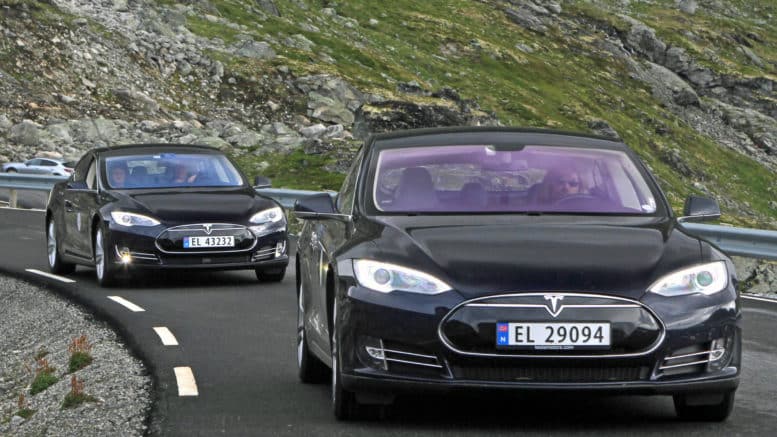 Please Share This Story!
PDF 📄
Electric vehicles may be cool (when their battery packs are not on fire) but they are more dangerous to the environment than diesel counterparts. All the eco-nuts who think they are saving the world by driving EVs are totally deceived by marketing propaganda. ⁃ TN Editor

Electric vehicles in Germany account for more CO2 emissions than diesel ones, according to a study by German scientists.

When CO2 emissions linked to the production of batteries and the German energy mix – in which coal still plays an important role – are taken into consideration, electric vehicles emit 11% to 28% more than their diesel counterparts, according to the study, presented on Wednesday at the Ifo Institute in Munich.

Mining and processing the lithium, cobalt and manganese used for batteries consume a great deal of energy. A Tesla Model 3 battery, for example, represents between 11 and 15 tonnes of CO2. Given a lifetime of 10 years and an annual travel distance of 15,000 kilometres, this translates into 73 to 98 grams of CO2 per kilometre, scientists Christoph Buchal, Hans-Dieter Karl and Hans-Werner Sinn noted in their study. 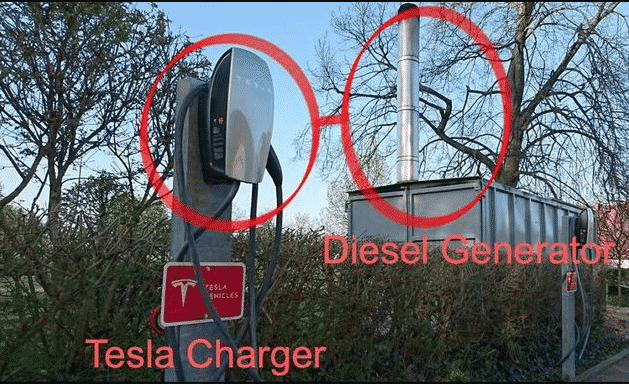 The CO2 given off to produce the electricity that powers such vehicles also needs to be factored in, they say.

When all these factors are considered, each Tesla emits 156 to 180 grams of CO2 per kilometre, which is more than a comparable diesel vehicle produced by the German company Mercedes, for example.

The German researchers therefore take issue with the fact that European officials view electric vehicles as zero-emission ones. They note further that the EU target of 59 grams of CO2 per km by 2030 corresponds to a “technically unrealistic” consumption of 2.2 litres of diesel or 2.6 litres of gas per 100 kms.

Co2 makes the world go round, the more Co2 the better

That method makes sense, but only if it’s used in the entire equation: They have to consider all of the CO2 that’s produced in the drilling, processing & transport of the crude oil, plus the refining and transport of the diesel that’s made from that crude oil, which is used in “comparable diesel vehicles produced by the German company Mercedes, for example.” OOOPS! DOH!

What about the diesel that’s powering those Tesla electric charge stations?

Thats hilarious . hard to believe that there are places on earth that do have electricity ,…BUT .. not sure where it is , or if it is really even the situation , But I am sure as we find more and more ways to harness electricity , the need for that diesel generator as a electrical source will disappear . Hell , 5 years ago , when we went into the bush for work , we brought a generator with us , now we a bring solar panel and a turbine that we can throw in the creak

CO2 is not the monster that it’s made out to be. Diesel fumes contain things that are of much more concern than the innocuous CO2.

I think we ALL know that Co2 is not the monster it’s made out to be. If it was the rain forests would have killed the planet long before man started emitting more than the breath he exhales! Especially before we started cutting the forests down! LOL!

You do know that trees (rain forests) produce O2 not CO2? Trees use CO2 and they give off O2.

ah yes moving goal posts once again….first it was Global Warming (which proved to be a load of bunk) so we switched it to the Climate Change boogieman. Now ‘innocuous’ CO2 is not the culprit but some other unnamed mysterious substance that for sure will bring about a mass extinction in 12 years or maybe it was 17 years perhaps 50 years. Give it up. Life will go on.

Modern Diesels have particle Traps in their exhaust Educated your self on Modern technology ..

Of course they do!! You’d have to be an idiot to think otherwise.

How can one read an article like this one and not gloat over the absurdity of the Left? LOL!

Left? Right? Doesn’t matter. (Although the AOC comment by Lee D. Cary is very, very funny.) TRUTH is all that matters. AND, this simple truth was known more than two decades ago when corn fuel was all the rage. Electric was discussed and calculated then. Came out the same–NOT CO2 reductive because it took more energy to produce than it saved in CO2. That is, if one wants to be backed into the box of either-or’s by the MS with their CO2 exchange argument. Ugh.

Renewables = wind or solar + enough carbon base fuel — most commonly natural gas — to make up for when the wind don’t blow and the sun don’t shine.

How much renewables reduce CO2 emissions depends on how much wind and sun the area has. I don’t think it ever hits 50% of the nominal renewable capacity when figured round-the-clock, day in and day out.

Do you know how many Tons of Steel it takes to build a windmill and how much energy it takes to mine and Produce the steel ?

If CO2 is such a problem why are
soft drink manufacturers still allowed to CO2 in drinks ? Has anyone measured how much CO2 is in a can of Coke ?

Good question. Maybe TPTB thought that removing the CO2 cartridges from aerosols, such as hair spray, in the early 80’s was enough of a reduction for the ozone layer to continue allowing the oldest profit players (of which Coke is THE one) to continue using CO2 in soft drinks. Don’t want to upset the cart completely, you-know? The public might revolt!

Poorly written article from a UK standpoint. The German energy mix still has a larger reliance on coal as opposed to the Uk. Which, I am pleased to say is zero. http://gridwatch.co.uk/. German energy mix has only just had renewables overtake coal for the first time. https://www.bloomberg.com/news/articles/2019-01-04/renewables-beats-coal-in-germany-power-mix-for-first-time. The US still has a very long way to go with fossil fuels over 60% https://www.eia.gov/tools/faqs/faq.php?id=427&t=3. For the UK at least, this article will be pointless in the not too distant future. Really hoping America pulls its socks up.

Thanks for the gridwatch link – fascinating

while they waste time on CO2 a nothing Burger our Oceans need cleaning up and some cities run by democrats have dirty water like flint michigan and illegals aliens trashing our borders , who gives a shit about CO2 ? the earth isn’t overheating it’s all bull Shit

The man responsible for the Flint water crisis is widely believed to be Governor Snyder – a republican. NASA thinks the planet is heating up, where are all these additional wildfires coming from – but maybe you know better?

The mayor of Flint has been a Democrat for over half a century. This water problem did not just come about in the last couple of years Rick Snyder was Governor.

That’s the most compelling reason to buy one – they are good for trees and plants!!!!! and they don’t pollute the cities!!!!

Winderful. The more C02 the better. Better for all kinds of plants including trees and the amount of man produced C02 is minimal. The whole thing is huge hoax. I don’t knowif electric cars are going to be a viable option, but C02 is a non issue. Rather it will help the environment producing more trees and other plants.