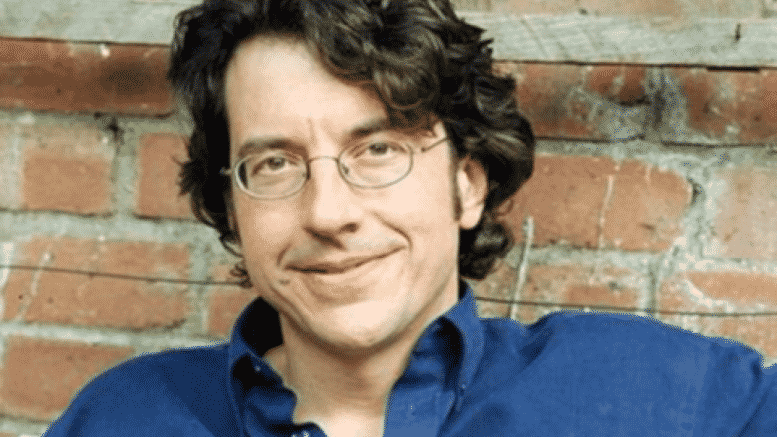 Please Share This Story!
PDF 📄
Overthrowing capitalism is the not-so-hidden agenda of the United Nations, which intends to replace it with Sustainable Development, aka Technocracy. It’s minions down the food chain are parroting the objective. ⁃ TN Editor

George Monbiot appeared recently on Frankie Boyle’s far-left political chat show, “New World Order.” A columnist and environmental activist, Monbiot explained how we have to save the planet. And boy, does Monbiot have some ideas.

The easy things we need to change, Monbiot said, are to end air travel flying and cease consumption of meat. If that doesn’t sound easy to you, then you’re not alone. Indeed, those ideas are so destructive of modern life, economics, and the pursuit of happiness, that they could justifiably be regarded as insane.

But Monbiot was just getting started. Next up, he took us down the intellectual river, into the heart of activist darkness.

“We have to overthrow this system which is eating the planet: perpetual growth,” Monbiot declared. And the writer pulled no punches. Annual economic growth targets of 3% represent “madness,” he said. The columnist reached his crescendo. “We can’t do it by just pitting around at the margins of the problem; we’ve got to go straight to the heart of capitalism and overthrow it.”

The morons in Boyle’s audience lapped this up.

In a way, I’m glad Monbiot said what he did. With this interview, Boyle, a terrorist sympathizer and champagne socialist, unwittingly gave us a rare window into the malicious faux-humanitarianism that motivates many climate change ideologues. I don’t exaggerate when I say it’s malicious.

The free market system has, since the 1980s, lifted billions of people out of poverty worldwide, exceeding all of the achievements of all the nonprofits in history. Monbiot and his comrades, in seeking to overthrow the modern way of life, are proud servants of moral darkness. They seek to impose socialism, communism, or some other defective ideology precisely because these will limit economic growth and human flourishing.

Any economic system,from laissez faire capitalism to communism will allow a people to prosper to be vital if it adheres to the non aggression-do no harm principle. That said any authoritarian system, all the ‘cracys’, is not about to allow the people to adopt such a guiding principle in conducting their affairs.