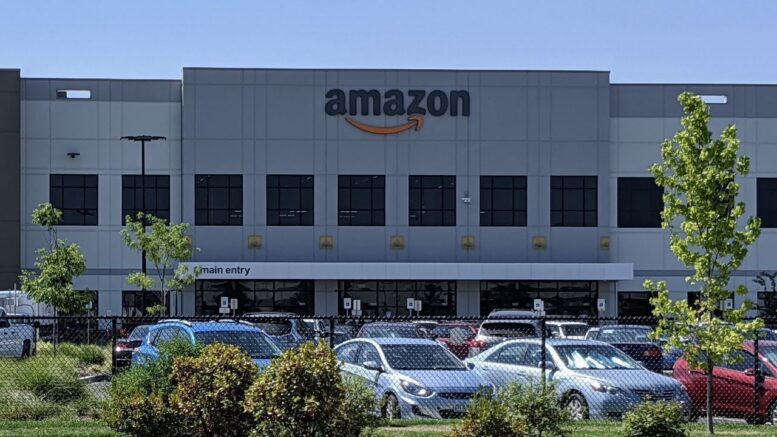 Please Share This Story!
PDF 📄
Amazon is one of the largest companies in the world because it employed a predatory business model that crushed everything and everyone in its path. This is also an example of what it’s like to live in a Scientific Dictatorship. ⁃ TN Editor

Amazon refused, and the two companies in the Portland area terminated their contract with Amazon, their only client, effectively shutting down.

“Amazon’s conduct over the past two years has become intolerable, unconscionable, unsafe, and most importantly, unlawful,” a letter sent to Amazon by the attorney of the two delivery companies, Triton and Last Mile and obtained by Motherboard, reads.

The incident is notable as it appears to be the first public example in the United States of Amazon delivery service partners, small businesses that deliver packages exclusively for Amazon, using their leverage to protest against Amazon—which has been known to enforce strict rules that squeeze productivity out of their delivery drivers, putting drivers and the public at risk.

“The companies were losing money and employees trying to satisfy Amazon and their constant abusive changes,” Tom Rask, an attorney for Last Mile and Triton, told Motherboard. “You have to hire numerous drivers who may or may not be working. One day Amazon dictates that you have thirty routes, the next day forty, then the day after twenty. You’re supposed to have enough drivers for back-up while Amazon is lowering pay. Amazon’s actions are unlawful.”

To date, there are few recorded instances of Amazon delivery drivers in the United States collectively protesting against Amazon—though drivers in one warehouse in upstate New York staged a walkout during the pandemic, and last week, the Teamsters union announced a coordinated national effort to unionize Amazon employees, in particular its delivery drivers.

In their letter to Amazon, the two Portland companies outlined a series of grievances, such as cutting routes from delivery companies without notice, unevenly distributing workloads among drivers, lowering reimbursement for drivers’ wages, accessing their employee’s records and personal information, and firing their drivers without input from delivery companies. Amazon frequently changes rules on a whim without notifying delivery service partners, the letter alleges.

In recent days, Rask said he’s received an outpouring of phone calls from Amazon delivery service partners around the country asking him for legal advice on how and whether to shut down operations because of Amazon’s predatory business model.

The Portland delivery service partners’ letter to Amazon outlines a set of demands as a condition for doing business with Amazon again, including a limit on packages and stops, a 8.5-hour cap on delivery routes, a commitment to at least 40 routes per company, and $20 per hour per driver. (Drivers earned $18 an hour until last week’s layoffs.) The companies are also requesting $36 million to compensate laid off drivers and for damages to both companies. Until Amazon agrees, they will not do business with the company, the letter to Amazon obtained by Motherboard states.

“At one point both companies had 150 employees,” Rask said. “Amazon’s actions killed these companies. They were the best performing in Portland and then they were crushed by Amazon’s arbitrary and improper behavior.”

Kate Kudrna, a spokesperson for Amazon, emphasized that the two companies were putting their drivers at risk by shutting down. “Last week, two Delivery Service Partners abruptly threatened to stop servicing the Amazon account and jeopardize the livelihood of their drivers if we did not pay them $36 million within 48 hours along with a string of other demands,” she said.

“We refused their demands and they followed through with their threat, terminating their contract with us, leaving their employees confused and looking for answers,” she continued. “We’re doing everything we can to support the affected employees including connecting them with other Delivery Service Partners in the area who are hiring.”

Currently, Amazon delivery drivers are expected to deliver upwards of 400 packages a day on 10-hour routes that often extend up to 12 hours. The two Portland delivery companies are demanding a cap at 250 packages and 150 stops per 8.5 hour route. As Motherboard has previously reported, in order to qualify for bonuses and complete their routes on time to avoid discipline, drivers have been forced to suspend safety monitors, run across busy four-lane highways, skip lunch breaks, and pee and defecate in their vans rather than find bathrooms.

The letter says that Amazon forces its delivery companies to commit to routes three weeks in advance but Amazon can change drivers’ schedules within a day or less than a day’s notice. This forces scheduled drivers to show up to work without actual work to do, and companies to pay drivers’ wages for days when they didn’t deliver packages.

“As a result of this one-sided arrangement, Last Mile and Triton must commit employees to Amazon in advance, while Amazon can save costs when it experiences low inventory or labor shortages at its warehouse by suddenly changing or reducing routes when it no longer needs those drivers,” the letter states.  “Meanwhile, Last Mile and Triton must still pay those drivers who committed to the routes, with no reimbursement from Amazon.”

Kate Kudrna, the spokesperson for Amazon is whiney and she is lying in corporate speak. I can tell this specifically from the voice she uses herein.