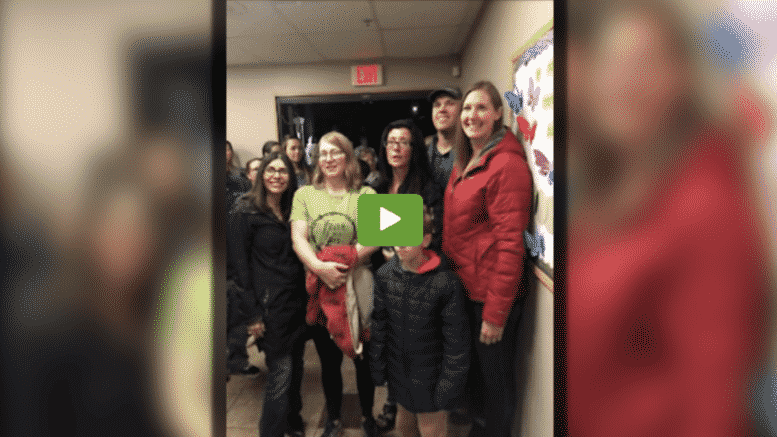 Please Share This Story!
PDF 📄
Let this article serve as an example that there are concrete, tangible and effective things that people can do to regain control over their local communities, of which education is a critical component. You can choose to wring your hands (“scream and shout and run about”) or engage in proven solutions to make a difference. ⁃ TN Editor

Did you know that only 5-10% of people vote in school board elections across the country? Even worse, there are empty seats, and uncontested candidates, some of whom need to be kicked to the curb. How is it possible that we have over 56.6 million children attending school in the U.S., with only 5-10% of parents participating in the election of the people who hold the highest power over their education, or shall we say… indoctrination? Whereas, the home schooling rate has increased four-fold over the past year, some parents aren’t in a situation that allows them to homeschool just yet, and their children remain in public schools. The future generations will be so badly indoctrinated, if parents do not put a stop to this now, and that’s exactly what is happening. Continue this momentum!

Are you a little shy and find it difficult speaking in a room full of people? I get it. But, these are your children we are talking about, so let’s put that aside and find that fiery in you, and rally others to challenge the board with you. I’ve put together some talking points to help you formulate your 3-5 minute speech, as well as other tips, tools, resources, and videos to motivate you.

I saw a great meme the other day that suggested people review critical race theory training documents and replace the word “white” with “black” while reading it. Why? Because when you read it like that, suddenly it becomes apparent (to those who were fooled) that the material is 100% racist. They are trying to program a generation to be racists through trickery. It’s obvious to most people, but more need to stand up and fight against it. And for those who are fooled by it, shame on them for not seeing one of the most blatant tactics of all time. Even children can see right through this, and it’s having a devastating affect on them!

It’s a good idea to write to your school board members about your concerns and send it certified mail, or in an email and request a response. Do some research on all of your school board members and determine who might be open to removing Covid restrictions and discussing other topics of importance, and call that member and ask him or her if they could set aside 30 minutes to meet with you. Tell them that all Covid restrictions need to end for the 2021-2022 school year and ask them to add that item on the next school board agenda. Also consider using social media to rally other parents on topics of concern, so as to increase pressure on the board. As much as I despise social media, creating a page for school issues may work to your advantage. And, if progress is slow, talk to some local media sources and get the news out, or publish an article yourself. Bring the heat.

When it’s time to go speak at a school board meeting, check their online schedule. They generally meet once a month and publish their agendas at least 24 hours in advance. Sometimes a board will call for public comment on a particular proposal, and others provide a general time for public comment about any issue. Typically, their board meeting agenda will indicate if there is a public comment period.

When giving your 3-5 minute speech, don’t let the school board interrupt you, shut you down, tell you to talk nicer or leave teachers’ names out. You have a right to express yourself as you see fit, under the constitution. This is your time to get your important input heard, so don’t let them stifle you. If you have any supporting documents, bring those with and provide copies to the board members.

Below are some helpful talking points you can utilize in your speech. Select the topics and bullet points that resonate with you, add your own personal thoughts, and practice delivering it in 3-5 minutes. Then, be brave and go get ’em! Speak from your heart, with conviction!

Challenge Your School Board

I need to preface this section with a few points, especially since many states have different guidelines when it comes to curriculums. “Diversity,” “inclusion,” and “gender neutral” are manipulative terms used to program and compel children to speak, act, and believe in ideologies that segregate, confuse, and diminish a child’s self-identity and view of the world, while suppressing their ability to explore and learn in a natural way. I published an extensive 4-part report on Exploiting Transgenders, with an in-depth timeline going back to the 1950s, showing who’s behind it, who’s funding it, how it evolved, and what their motives are. I highly recommend reading that report so that you understand just how deeply rooted this agenda is, and the impact it will have on your children if you do not put a stop to it.

That is one very big part to this equation. The other aspect, are the curriculums they are trying to indoctrinate your children with, while sexually harassing and exploiting them in the most incredibly inappropriate ways. Each state does this with varying degree. Thirty states and the District of Columbia require public schools to teach sex education, and all but three of those states require school districts to notify parents that sexual or HIV education will be provided. Five states actually require parental consent before a child receives instruction, and thirty-six states and the District of Columbia “allow” parents to opt-out on behalf of their children. Be sure to review what your state’s policies are AND get a copy of the curriculum.

The National Sex Education Standards (NSES) curriculum is being used in some states, and most recently, an approved bill sits on the desk of Illinois Gov. JB Pritzker, waiting to be signed into law that that will require charter and public schools to teach this comprehensive sexual education, but allows for parents to opt their children out, and made teaching consent optional instead of a requirement.

(NSES) is promoted as “guidance on the essential minimum core content and skills needed for sex education that is age-appropriate for students in grades K-12 to be effective.” They also promote “abortion care is essential care.” In a nutshell, the first edition was published in 2012, after a meeting of the minds took place in December 2008. They just published the second edition in 2020. It was developed through the “ Future of Sex Education” (FoSE) initiative, a partnership between Advocates for Youth, Answer, and SIECUS. Without getting to in depth into these organizations, let’s just put it like this… SIECUS was founded in 1964 by Dr. Mary Calderone, the medical director for Planned Parenthood Federation of America. And, the publication of this curriculum was supported by a grant from the Grove Foundation, who recently just received a $600k grant from David and Lucile Packard in 2019. The FoSE group is also partnered with the United Nations High Commissioner for Refugees, the World Health Organization, LGBTQIA Resource Center, CDC, and other popular favorites.

The World Economic Forum is also promoting the “comprehensive sex education” agenda, and the United Nations Population Fund is going with the slogan “My Body, My Life, My World,” in a global strategy for adolescents and youth. Coincidentally, the FoSE initiative uses the slogan “Our Bodies, Our Lives. Our Movement.”

They allege that this curriculum“provides young people with opportunities to explore their own identities and values along with the values and beliefs of their families and communities. It also allows young people to practice the communication, negotiation, decision-making, and assertiveness skills they need to create healthy relationships— both sexual and nonsexual—throughout their lives.” Rest assured, by “explore” they mean… “we will program you to deconstruct your own identity while demoralizing any values or beliefs your family or community may have, so you see things our way.”

Now that I’ve painted a nutshell version of the bigger picture so everyone understands the gravity of the situation, let’s take a look at a few examples of what’s in this curriculum, because it may already be at your school, or a similar curriculum may be in place.

Here are just a few shocking examples of what’s in this curriculum:

Talking Points To Select From, Based on Your School’s Policies and Curriculums

Dr. Paul McHugh, a distinguished professor of psychiatry and behavioral sciences at Johns Hopkins University said, “Many people are doing what amount to an experiment on these young people without telling them it’s an experiment. You need evidence for that and this is a very serious treatment. It is comparable to doing frontal lobotomies. I believe it will be something like how we think of eugenics now. We will come to regret it when we discover how many of the young people that were inured regret it themselves.”

These gender pushing narratives are a recipe for disaster, and your glorifying it is disgusting. You are not only exploiting my child, you are exploiting transgenders as well.

So What Are You Going To Do? TAKE ACTION

Fight the Banksters with Cash Friday – #SolutionsWatch (odysee.com) This is an interview with Katherine Austin Fitts on how to fight back from your personal finances however small or large they may be. She aptly defines the Deep State’s plan and the ultimate goal they seek. FACTS, ALL FACTS in their own documented words. YES, the fake pandemic and all the FSM’s (fake stream media) ancillary covid-speak bull churned out daily by the right hand of this criminal sect has been hiding the left hand of their digital financial control system behind their backs. It’s being installed NOW under cover,… Read more »

Like carrying posters in front of Pentagon. Cash every day!

Patrick–The ‘must see’ of “mother slays the school board” has been removed from YT as we would all expect from the FSM (fake stream media).

Is this video available on a factual site somewhere? Since I’ve not seen it I have no idea what to search for online. I’ve not clicked on all the links provided in the article but I’d suspect that whoever uploaded the videos does not understand they will be removed immediately by the FSM in support of the criminal class.

Also, my comment below supports the article above– a HOW-TO from KAF.

We need more articles like this. On how to keep our local businesses solvent and deal with impending shortages as communities.

Here’s a talking point on the jab – October 2020 – This Means That No Vaccine Can Be Found: “An analysis of more than 50,000 real-life SARS-CoV-2 genomes isolated from patient samples further showed that most of these virus mutations were already circulating, albeit at very low levels in the infected human populations. These results show that SARS-CoV-2 can mutate its spike proteins to evade antibodies, and that these mutations are already present in some virus mutants circulating in the human population.” https://pubmed.ncbi.nlm.nih.gov/33112236/ It doesn’t matter if you’re vaccinated or not, if you don’t have natural T-cell immunity, you’re not going… Read more »

[…] Effective Citizenry: A Model For Successful Local Resistance Republished from the Solari Report […]