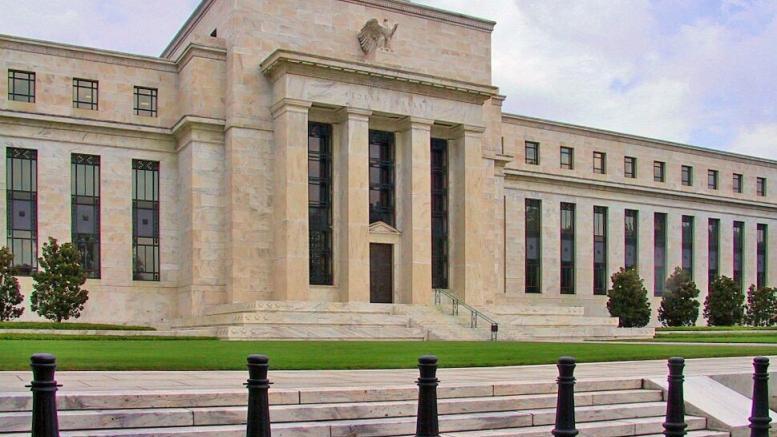 Please Share This Story!
PDF 📄
Not surprisingly, the media is dead silent on Biden’s Executive Order to prepare for digital currency. The Technocrat takeover of the world by controlling the economy and consumption requires the replacement of the existing monetary system with another – controlled by them. This is happening NOW. ⁃ TN Editor

Whenever the White House says it is working on a plan that would transform a vital part of the U.S. economy, and that the administration is doing so with the “highest urgency,” it should go without saying that the press should pay close attention to what’s going on.

Even more importantly, the press should eagerly and comprehensively inform the public of the potential risks associated with such a proposal.

Unfortunately, that’s not happening today, and the effects of the media’s negligence could reverberate for decades to come.

On March 9, the Biden administration released an executive order (EO) instructing a long list of federal agencies to study digital assets and to propose numerous reports about their use and proposals to regulate them. Much of the executive order is focused on cryptocurrencies such as bitcoin and ethereum, which run on blockchain technology and have become increasingly popular among many investors and consumers in recent years.

But there is an even more important part of the EO: President Biden has instructed the federal government and Federal Reserve to lay the groundwork for a potential new U.S. currency, a digital dollar.

If the United States were to adopt a digital currency like the one discussed in Biden’s executive order, it would be one of the most dramatic expansions of federal power ever made, one that could put individuals and businesses in grave danger of losing their social and economic freedoms.

Among other important actions, the White House executive order directs several federal agencies, including the Treasury Department, to study the development of a new central bank digital currency (CBDC) and to produce a report within 180 days of the EO discussing the potential risks and benefits of a digital dollar.

The order further directs the Treasury Department, Office of the Attorney General and Federal Reserve to work together to produce a “legislative proposal” to create a digital currency within 210 days, about seven months.

A digital dollar would not merely be a digital version of the existing U.S. dollar, but rather an entirely new currency that would, at least at first, exist alongside today’s currency. Similar to cash, the CBDC would be used to pay for goods and services and would likely be managed by the Federal Reserve, the central bank of the United States.

Unlike the current dollar, though, a central bank digital currency would not exist in physical form, meaning you wouldn’t be able to go to a bank or ATM and withdraw it.

Digital dollars, on the other hand, would be traceable and programmable. The Federal Reserve (or some other designated entity) would have the ability to create more digital dollars whenever it sees fit, and, depending on how the legislation is written setting up the currency, the dollars could be formulated to have various rules and restrictions built into their design.

For example, a digital dollar could be crafted to restrict fossil-fuel use, to give bonuses to people for spending at particular businesses, to enact de facto price controls by disallowing users from spending too much on particular products, or even to redistribute wealth.

In one report about the development of a central bank digital currency published by the Federal Reserve in January, the Fed outlined a few examples of possible “design choices” for a digital dollar, including that “a central bank might limit the amount of CBDC an end user could hold.”

There are many reasons to believe Biden’s plan for a digital dollar involves a design that will give the federal government and/or Federal Reserve control over much of society and the economy.

Biden’s executive order states that the CBDC and other policies governing digital assets must mitigate “climate change and pollution” and promote “financial inclusion and equity.”

In fact, “financial inclusion” is mentioned five times in Biden’s order, and “equity” and “climate change” are mentioned four times each.

Further, in a background call with reporters about the executive order, a “senior administration official” (the name was curiously removed from the White House transcript) promised that in creating a new digital currency, the Biden administration will “continue to partner with all stakeholders — including industry, labor, consumer, and environmental groups, international allies and partners.”

Why would labor unions, industry organizations and environmental groups be involved in the development of a new currency — unless, of course, there is a plan to program that currency to advance various causes special-interest groups care about?

Even more stunning, in a 2021 question-and-answer session about the development of a digital dollar, David Andolfatto, a senior vice president and economist in the St. Louis Fed’s Research Division, was asked whether the Fed could “assure us [the public] that these digital currencies won’t ever be used to tell us when, how or where our money can be spent?”

The digital dollar is coming and the public is oblivious, however J. Biden’s Executive Order has already selected a digital road for future currencies. A free society has a media that would report any changes that would affect the public, but that ‘s not happening anymore, nor in the future. The public remains unaware due to distractions like war in Ukraine. All but inside traders do not sense this EO is a recipe for disaster.

We would have no control over private transactions selling personal items to strangers, or leaving a tip for a service, dealing in cash transactions of any kind, no more garage sales or flea mkts. Would be a hardship for many who have no bank accts.

“…the Biden administration released an executive order (EO) instructing a long list of federal agencies to study digital assets and to propose numerous reports about their use and proposals to regulate them.” Today’s information on this link: And Just Like That, All The Fiat Currencies Simply Vanished (technocracy.news) reporting on the World Government Summit in Dubai speaks facts that are diametrically opposed to the so-called EO and its ‘staging’. As with everything the usual suspects do and have done to date theirs are lies as truth, truth as lies. The EO is fantasy. UN/WEF, et al decided long ago that they would… Read more »

Article 8 of the US Constitution states that only the Congress can coin money. But the Federal Reserve Act of 1913 allowed the Creatures from Jekyll Island (8 Zionist banking families 4 in the US and 4 from Europe) to form the Federal Reserve Bank which can print Trillions of Federal Reserve Notes and lend them as US dollars to the US Treasury at a flat 6%” interest rate. This is the Babylonian slavery monetary system by creating money out of thin air. The US National Debt is now US$30.2 Trillions. See usdebtclock.org Now is the opportunity for the US… Read more »

It would have been sufficient to title the article, Americans Sleep. Enough said!!!

Russia’s decision to suspend dollar payments for oil will lead to oil and gas shortages in the UK. There will be gas rationing in the UK via smart meters and digital IDs – problem > reaction > solution style. The plebs will also be told that due to shortages, we’ll have to expand the UK renewables sector (does that match the Great Reset, or not?). In addition, the hyperinflation caused the collapse of the dollar will also create a need for CBDCs (again, are CBDCs part of the Great Reset agenda, or not?). THE BOTTOM LINE IS THAT EITHER BY… Read more »

doesn’t matter what the thief executive orders. God will null them all immediately when he casts them down this year.

Doesn’t Congress have to vote on this? What else can we do besides using cash and talking to our crooked senators?? What if they declare US Dollar no longer legal currency like when they confiscated gold? I read Putin was trying to raise the value of the ruble by tying it to gold?Guess the media has been paid off again by the globalists.