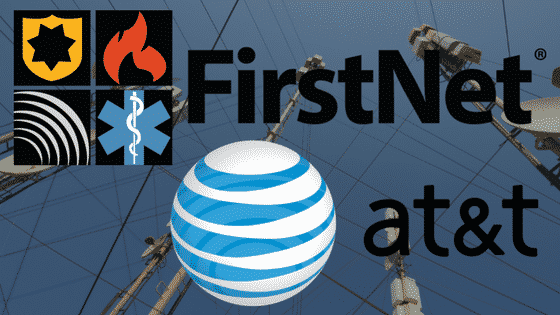 Please Share This Story!
PDF 📄
AT&T is not an agency of the U.S. government, but it might appear that way as they have created a draconian communications network called FirstNet just to serve police surveillance and AI facial recognition. This has no aim except to further a police state in America. ⁃ TN Editor

The latest technologies promise cops the ability to whip out a smartphone, take a snapshot of a passerby, and instantly learn if that person is in an immigration or gang database.

A federal broadband program, designed after 9/11 to improve first responder communication during emergencies, will enhance this sort of capability and integrate it into an internet “super highway” built specifically for police and public safety. The program, called FirstNet, is already expanding the surveillance options available to law enforcement agencies across the country.

The program will also hasten these agencies’ migration from public radio frequencies to encrypted broadband networks, potentially eliminating one resource that local newsrooms and citizens have historically relied upon to monitor police and first responders.

FirstNet is a public-private partnership that creates a dedicated lane for public safety agencies within AT&T’s existing broadband network. As of January, all U.S. states had opted in to FirstNet, meaning that they agreed not to build their own competing broadband lanes for law enforcement and public safety. Then, in March, AT&T announced that FirstNet’s core — the infrastructure that isolates police traffic from the commercial network — had become operational at last.

“It’s like having a super highway that only public safety can use,” the company wrote in a press release.

Part of FirstNet’s mission is to create a virtual space that allows any federal, state or local law enforcement or public safety agency to communicate seamlessly with any other. Therefore, convincing as many agencies as possible to sign up for the program is key to its success.

FirstNet recently pitched U.S. Customs and Border Protection to convince the agency to subscribe to the network. In a white paper, FirstNet claims its services will provide CBP access to “photographs, real-time audio/video feeds, and databases from other state, local, or Federal agencies … to aid in the identification and apprehension of terrorists, undocumented aliens, and smugglers.” These capabilities would be offered “in times of crisis or simply day-to-day operations.”

In the pitch, FirstNet also promises to help agents “connect to critical databases to identify whether detained persons have been previously apprehended for violating immigration law by quickly and efficiently collecting biographic (e.g., name, date of birth, place of birth) and biometric information (e.g., 10-print fingerprints, photo image), which are submitted remotely to said databases.” The document also promotes FirstNet’s support of other data-heavy technologies, such as live video streaming from drones.

Local law enforcement officials are well-aware of the new capabilities that FirstNet is offering their departments. Domingo Herraiz, programs director at the International Association of Chiefs of Police, is excited about the heightened access to federal data FirstNet promises. Herraiz told The Intercept that FirstNet will place information from fusion centers, which enable criminal intelligence-sharing between government agencies, at the fingertips of local officers. “You could have gang databases,” he said. “It’s not there [on officers’ phones] today, but it will be.”

A “Private Tunnel” for Law Enforcement and First Responders

The concept behind FirstNet — a broadband network dedicated to public safety — was inspired by the National Commission on Terrorist Attacks Upon the United States (the so-called 9/11 Commission). Its 2004 report determined that streamlined communication between different agencies and jurisdictions could have saved lives in the aftermath of the attacks on the World Trade Center. The report blamed the use of separate radio frequencies by police and firefighters for the deaths of firefighters who didn’t get the message to evacuate before the north tower collapsed.

The government’s subsequent quest for improved public safety communication has led to the expansion of Joint Terrorism Task Forces, which integrate local, state, and federal anti-terrorism operations, as well as a network of 79 fusion centers. The idea to dedicate a nationwide, high-speed broadband network to law enforcement and public safety was another outgrowthof this effort. Congress acted on the proposal in 2012, when it created FirstNet as part of the Middle Class Tax Relief and Job Creation Act. Rather than create a network that would be totally independent from commercial broadband, the legislation reallocated some broadband spectrum for “public safety” use and allowed service providers to bid on the contract for it.

In March 2017, the U.S. Department of Commerce signed a contract with AT&T, creating a dedicated lane for FirstNet within AT&T’s existing broadband network. In the deal, the federal government gave AT&T rights to 20 MHz of lucrative broadband spectrum, as well as $6.5 billion for FirstNet’s initial rollout. In return, the government got AT&T’s commitment to spending $40 billion over the next 25 years on network buildout and maintenance. Since 2013, the Department of Commerce has also awarded $116.5 million in funding to state Homeland Security agencies, offices of information technology, public safety agencies, and statewide communication boards to help implement and promote the network.