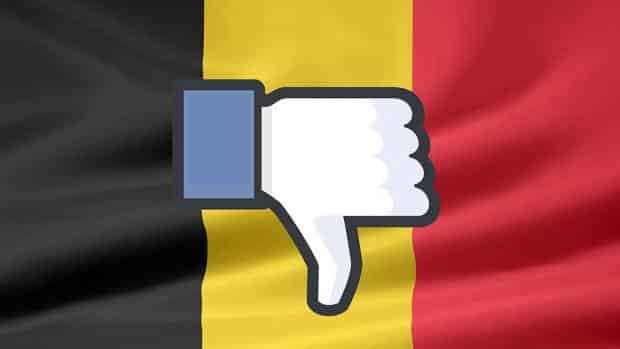 Facebook suffered a shocking public defeat in Belgium and faces fines over $100 million for collecting and storing user data. It was accused of ‘trampling’ over Belgian and EU privacy law. Pushback against Big Tech is mounting all over Europe. ⁃ TN Editor

Facebook has been ordered by a Belgian court to stop collecting data on users or face daily fines of €250,000 a day, or up to €100m.

The court ruled on Friday that Facebook had broken privacy laws by tracking people on third-party sites in the latest salvo in a long-running battle between the Belgian commission for the protection of privacy (CPP) and the social network.

“Facebook informs us insufficiently about gathering information about us, the kind of data it collects, what it does with that data and how long it stores it,” the court said. “It also does not gain our consent to collect and store all this information.”

Facebook has also been ordered to delete all data it had gathered illegally on Belgian citizens, including people who were not users of the social network.

The social media firm uses different methods to track the online behaviour of people if they are not on the company’s web site by placing cookies and invisible pixels on third party web sites, the court said.

Richard Allan, Facebook’s vice president of public policy for EMEA, said the company was disappointed with the verdict and intended to appeal: “The cookies and pixels we use are industry standard technologies and enable hundreds of thousands of businesses to grow their businesses and reach customers across the EU.

“We require any business that uses our technologies to provide clear notice to end-users, and we give people the right to opt-out of having data collected on sites and apps off Facebook being used for ads.”

The battle between Belgium and Facebook has been running since 2015, when the CPP commissioned a report by researchers from the University of Leuven, which found that Facebook’s tracking of all visitors without explicit consent using cookies breached EU law. The CPP, which does not have powers to directly penalise companies, took Facebook to court later that year for its alleged “trampling” over Belgian and EU privacy law after failing to come to an agreement with the social network following the report’s findings.

The Belgian court ordered Facebook to stop tracking non-members at the end of 2015, threatening fines. Facebook appealed against the court’s ruling at the start of 2016, disputing that Belgium had jurisdiction over the social network as its European operations were headquartered in Dublin. Facebook also disputed the use of English in the ruling including the words “browser” and “cookie”, which the social network said was against Belgian law that stipulates only Dutch, French or German may be used.