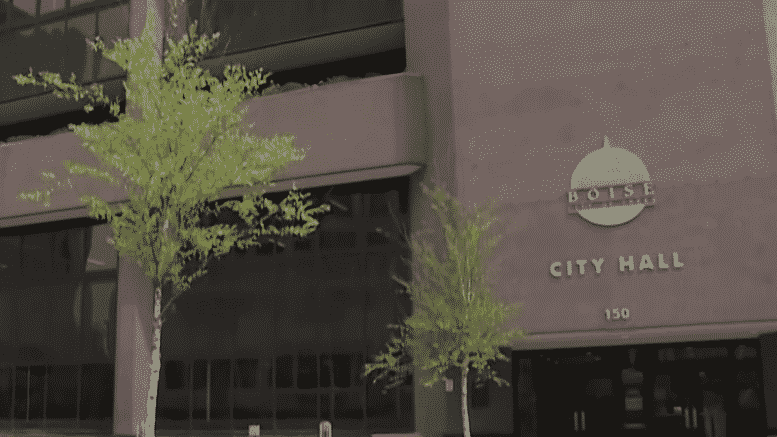 Please Share This Story!
PDF 📄
Boise City Hall will use cameras and AI to identify anyone who has been banned from entry. This most certainly violates the First Amendment right “to petition the Government for a redress of grievances.” ⁃ TN Editor

Local governments and private corporations are using facial recognition to secretly blacklist people, despite having no valid reason to do so.

A recent article in the Idaho Statesman and in the video above, prove that local governments are using facial recognition to ban residents from accessing city-owned buildings.

The Boise city council claimed that they need facial recognition cameras to protect public employees from disgruntled or unwelcome residents.

Wow, there must be a lot of disgruntled or unhappy residents for the city council to justify putting facial recognition cameras in Boise City Hall and City Hall West, right?

Would you believe both city halls have banned just one single resident because he opposed using city funds to pay for an NBA developmental league team.

His ban apparently did not last very long, because Mike Journee a spokeman for Mayor David Bieter said, “no one is currently banned from City Hall.”

So if no one is currently banned from City Hall why install facial recognition cameras? Could the government use facial recognition to quell dissent? How many people will refuse to complain or speak out because law enforcement could use it to identify them?

The Statesman revealed that “the technology would be used to identify people who are banned from City Hall for any reason.”

To create secret blacklists and quell dissent of course.

Everyone should take notice when the mass-media admits what I have been saying for years: facial recognition is being used to blacklist people for any reason.

It is time to face facts, the Feds and law enforcement are secretly using facial recognition to track and identify anyone of interest.

No, it is not the way Idaho is in general. We are very Pro-America and a more moral state. But…I will look into this!