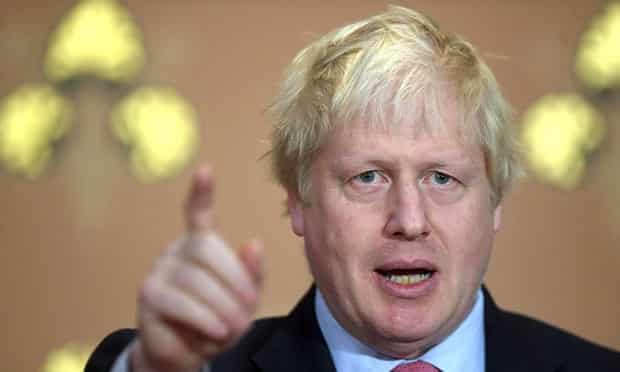 Please Share This Story!
PDF 📄
If COVID lockdowns were not bad enough, Chinese-style social credit scoring is establishing itself in Britain as Boris Johnson seeks to control food consumption and exercise regimens. Technocrats in Britain have totally betrayed the Brexit movement by imposing an even worse dictatorship on their own people than the EU could have ever done. ⁃ TN Editor

Prime Minister Boris Johnson is set to launch a communist China-style social credit score app that will reward families based on government-approved choices at the grocery store.

The supposedly Conservative government will launch an app by the end of the year to monitor the supermarket spending habits of families in the UK. Those who choose “healthier” options such as fruits and vegetables or engage in exercise will be rewarded with “loyalty points” in the app, which will translate into discounts and other incentives.

“There is a whole team in Downing Street working on this, and the Prime Minister thinks that we simply cannot go on as before and that we must now tackle it head-on,” a White Hall source told The Telegraph.

“He has been on a very rigorous diet and exercise programme and it is likely he will play a leading role in fronting this whole campaign.”

The outgoing head of the NHS, Lord Stevens said that the UK’s socialised healthcare system will be weighed down in the future if the government failed to tackle the rising obesity in the country.

“The layers of the onion… stretch out to things that are obviously beyond a healthcare system’s direct control, including the obesogenic food environment that children and poorer communities are exposed to.

“Countries, where more than half the population are overweight, have had 10 times more Covid death,” Lord Stevens noted.

Some have criticised the nanny state mentality of the government, likening the programme to the social credit score in China, which tracks the habits of citizens, awarding positive points for buying things like diapers and subtractions for buying alcohol. The communist scheme has also seen tens of millions of citizens barred from travelling because their score was too low.

Political commentator Calvin Robinson wrote in response to the idea of tracking supermarket spending: “The party of small state and privacy has become the party of nanny state interventionism. For shame.

Prime Minister Boris Johnson, who blamed his weight for his difficulties when he contracted the Chinese coronavirus last year, has radically shifted his position on government intrusions into personal matters since then.

As a candidate for the Tory Party leadership two years ago, Johnson pledged a review of “sin stealth taxes” and promised to end the “continuing creep of the nanny state”.

“It’s time to take a proper look at the continuing creep of the nanny state and the impact it has on hardworking families across Britain.

“The recent proposal for a tax on milkshakes seems to me to clobber those who can least afford it.

“If we want people to lose weight and live healthier lifestyles, we should encourage people to walk, cycle and generally do more exercise. Rather than just taxing people more, we should look at how effective the so-called ‘sin taxes’ really are, and if they actually change behaviour,” Mr Johnson had said.

There is no-one more zealous and sanctimonious than someone who has formerly indulged but has now seen the light! Hallelujah, brothers and sisters. Thus spake the lardy one, and we all must obey, or else. Once he has tamed his ridiculous hair we’ll all be directed to adopt short back and sides.

I strongly surmise when Boris Johnson went into the hospital due to cvd he was ‘removed’ and either a strong resembling double or a clone came out.

Does this help explain it Patrick?
https://www.boris-johnson.com/2007/10/25/global-population-control/

Leave it to the British to do bring in the Chinese communist social credit system. Britain is become the covid liars economic whore of the west. Profit and control above all else.

[…] slope this one. We’re now looking at digital IDs, we’re looking at a social credit system being trialled to get people to deal with […]

Just a liar who got in on lies, show me anyone different in the US or world…