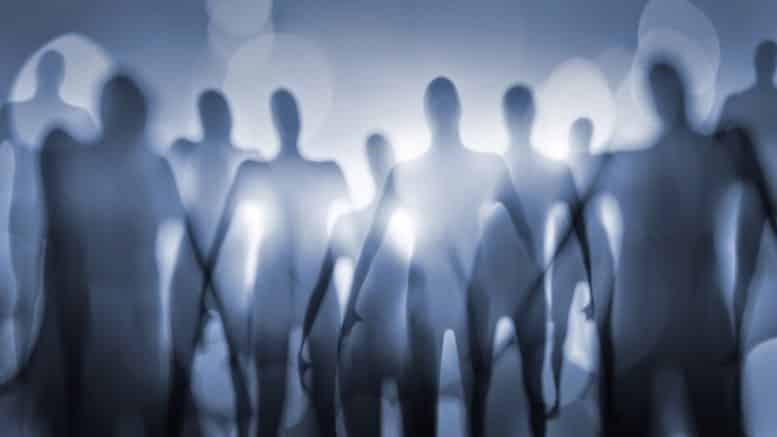 This is no doubt an important article, but it dances around key issues without mentioning that they are all deeply rooted in the policies and actions of members of the Trilateral Commission starting in the 1970s. Our leaders did not call for the ascendance of China, but Trilaterals like Henry Kissinger, Jimmy Carter, Cyrus Vance and Zbigniew Brzezinski did. It was not just any old multinational corporations who rebuilt China in the form of a Technocracy, but rather it was Trilateral-connected corporations. Antony Sutton and I wrote extensively on this in our books, Trilaterals Over Washington, Volumes I and II, and I have more recently penned articles like How The Trilateral Commission Converted China Into A Technocracy. It is simply not correct to blame Western Man for these problems, except for his failure to reign in ultra-powerful groups like the Trilateral Commission. ⁃ TN Editor

“We got China wrong. Now what?” ran the headline over the column in The Washington Post.

“Remember how American engagement with China was going to make that communist backwater more like the democratic, capitalist West?” asked Charles Lane in his opening sentence.

America’s elites believed that economic engagement and the opening of U.S. markets would cause the People’s Republic to coexist benignly with its neighbors and the West.

We deluded ourselves. It did not happen.

Xi Jinping just changed China’s constitution to allow him to be dictator for life. He continues to thieve intellectual property from U.S. companies and to occupy and fortify islets in the South China Sea, which Beijing now claims as entirely its own.

We today confront a Chinese Communist dictatorship and superpower that seeks to displace America as first power on earth, and to drive the U.S. military back across the Pacific.

Who is responsible for this epochal blunder?

The elites of both parties. Bush Republicans from the 1990s granted China most-favored-nation status and threw open America’s market.

Result: China has run up $4 trillion in trade surpluses with the United States. Her $375 billion trade surplus with us in 2017 far exceeded the entire Chinese defense budget.

We fed the tiger, and created a monster.

Why? What is in the mind of Western man that our leaders continue to adopt policies rooted in hopes unjustified by reality?

Recall. Stalin was a murderous tyrant unrivaled in history whose victims in 1939 were 1,000 times those of Adolf Hitler, with whom he eagerly partnered in return for the freedom to rape the Baltic States and bite off half of Poland.

When Hitler turned on Stalin, the Bolshevik butcher rushed to the West for aid. Churchill and FDR hailed him in encomiums that would have made Pericles blush. At Yalta, Churchill rose to toast the butcher:

“I walk through this world with greater courage and hope when I find myself in a relation of friendship and intimacy with this great man, whose fame has gone out not only over all Russia, but the world. … We regard Marshal Stalin’s life as most precious to the hopes and hearts of all of us.”

Returning home, Churchill assured a skeptical Parliament, “I know of no Government which stands to its obligations, even in its own despite, more solidly than the Russian Soviet Government.”

George W. Bush, with the U.S. establishment united behind him, invaded Iraq with the goal of creating a Vermont in the Middle East that would be a beacon of democracy to the Arab and Islamic world.

Ex-Director of the NSA Gen. William Odom correctly called the U.S. invasion the greatest strategic blunder in American history. But Bush, un-chastened, went on to preach a crusade for democracy with the goal of “ending tyranny in our world.”

What is the root of these astounding beliefs — that Stalin would be a partner for peace, that if we built up Mao’s China she would become benign and benevolent, that we could reshape Islamic nations into replicas of Western democracies, that we could eradicate tyranny?

Today, we are replicating these historic follies.

After our victory in the Cold War, we not only plunged into the Middle East to remake it in our image, we issued war guarantees to every ex-member state of the Warsaw Pact, and threatened Russia with war if she ever intervened again in the Baltic Republics.

No Cold War president would have dreamed of issuing such an in-your-face challenge to a great nuclear power like Russia.

If Putin’s Russia does not become the pacifist nation it has never been, these guarantees will one day be called. And America will either back down — or face a nuclear confrontation.

Consider this crazed ideology of free trade globalism with its roots in the scribblings of 19th-century idiot savants, not one of whom ever built a great nation.

Adhering religiously to free trade dogma, we have run up $12 trillion in trade deficits since Bush I. Our cities have been gutted by the loss of plants and factories. Workers’ wages have stagnated. The economic independence Hamilton sought and Republican presidents from Lincoln to McKinley achieved is history.

But the greatest risk we are taking, based on utopianism, is the annual importation of well over a million legal and illegal immigrants, many from the failed states of the Third World, in the belief we can create a united, peaceful and harmonious land of 400 million, composed of every race, religion, ethnicity, tribe, creed, culture and language on earth.

Where is the historic evidence for the success of this experiment, the failure of which could mean the end of America as one nation and one people?