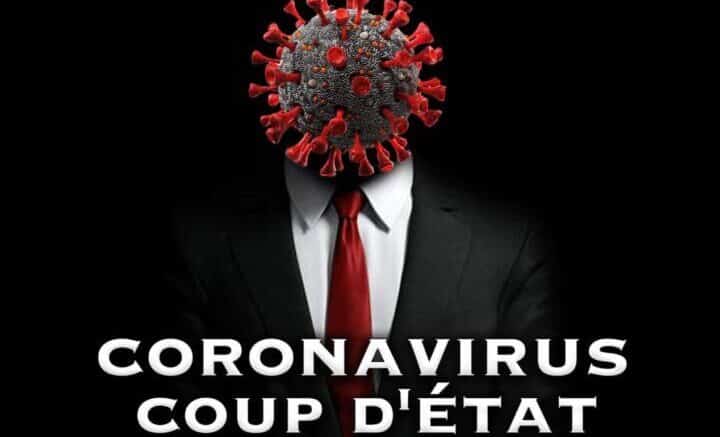 Please Share This Story!
PDF 📄
The writer, Thomas Knapp, is director and senior news analyst at the William Lloyd Garrison Center for Libertarian Advocacy Journalism. He is spot on to see the so-called pandemic as a direct outcome of Technocracy, and concludes, “the technocrats exercised their power abusively — and ineffectually too boot. It’s time to take that power away.”

This echoes a statement written by a broadcaster who interviewed me on April 7, 2020. The podcast title was Patrick Wood: Technocracy, Climate Change And Covid-19:

Wood shatters the false narrative of a promised Utopia and exposes the true nature of the deception used to promote this new economic order. Those elite who hate the bedrock of American liberty and its time-tested Constitution have pulled out all the stops to destroy both, and it’s time for citizens to stand up to reject them. As always, Wood closes with the nature of effective resistance and the tools that can help to achieve success.

The following interview with Spiro Skouras was recorded in July 21, 2020. Spiro summarized that “the social engineers have positioned themselves to capitalize upon this manufactured crisis to implement their technocratic agenda.”

History is littered with social and political movements which, while failing to survive as movements, largely achieved their goals.

The Prohibition Party’s national conventions could take place in a phone booth these days, but its disastrous single policy proposal was adopted as a constitutional amendment, mutated into the equally disastrous war on drugs, and continues to torment the modern marketplace with draconian regulation.

Most “socialist” parties have either disappeared into the dustbin of history, or find themselves reduced to glorified supper clubs featuring loud arguments over whether the Soviet Union was a bureaucratic deformation or a degenerated workers’ state. But Socialist Party candidate Norman Thomas’s 885,000 votes in the 1932 presidential election arguably led to FDR’s “New Deal” and the modern welfare state.

Few people remember, or ever learned about, the technocracy movement of the 1930s. That movement failed in its formal goal of replacing democratic legislatures with boards of “experts” to run society (including the economy) in accordance with “science.”

But over time, the concept took root in America’s regulatory apparatus. Nearly every aspect of our lives has, for several decades, been subject to scrutiny and oversight by “experts.” The food we eat. The drugs we take. The cars we drive. The securities we invest in. You name it, there’s a government bureau somewhere full of whirring computers and nerds with slide rules, figuring out what we may or may not do, or  in what way we may do it.

While most of us gripe about particular technocratic edicts, few question the premise itself. It’s just taken as obvious that the man in the lab coat knows more about air bags and crop yields than the Honorable Representative from Minnesota.

Technocracy took root. And with the COVID-19 pandemic, it blossomed … into the man-eating plant from Little Shop of Horrors.

Starting last year, “public health” technocrats (with, of course, the assistance of opportunistic politicians) seized control over huge parts of our lives — mass house arrests without charge or trial, mask mandates, vaccine mandate and “passport” schemes, etc. — then proceeded to vacillate and scrap among themselves over the divvying up of their new power, as more than 600,000 Americans died and the economy tanked.

To add insult to injury, the parts of the country where the “experts” enjoyed less deference seem to have fared no worse, and in some cases better, than areas where politicians slavishly and without question enforced every technocratic edict.

Technocracy finally got its big shot at proving itself, and failed miserably. Why? Because “public health”  technocracy isn’t about the health of the public. It’s about policy, which is about politics, which about power.

The technocrats exercised their power abusively — and ineffectually too boot. It’s time to take that power away.

Fantastic oratory Patrick – in France they are all sheepishly wearing their masks in the shops and even driving around in them – after all this time; no sign of any freedom returning. It’s terrible. There are little demos in our nearby small town against the might of the state. The pass sanitaire means the unvaccinated can not go out even for a coffee! Macron must be rubbing his hands together to have France under wraps and controlled so easily. Thanks for your talk – I am handing around your Technocracy the hard road to my friends. Let’s hope America… Read more »

Excellent Patrick. You are SO correct. The Technocratic agenda is going DOWN. All they have in the USA is propaganda–lots of bots farms, hired hands in State computer rooms. That’s about it. Their agenda must look like it’s begin supported by everyone but YOU, whoever YOU are. IT’S NOT. It’s a bluff, a loud scream to frighten. The reality is they have automated their Narrative and propaganda through bot farms and some media workers worldwide. The evil CCP who is also in the game can go to hell as can the UN/WEF Criminal Class. Knowledge of truth is ALL. We… Read more »

But the national governments are all against us. All the wealth and power is in their hands. What do we have? Nothing. Not even numbers are in our favor. Almost no one knows what’s happening. Even conservatives are in denial and getting “vaxxed.”
I escaped abusive technocrats a couple years ago. They ruined my life.
Now a bunch of cowardly fools will let these technocrats take over and rule forever just because they are “doctors.”
Believe all doctors. Obey.