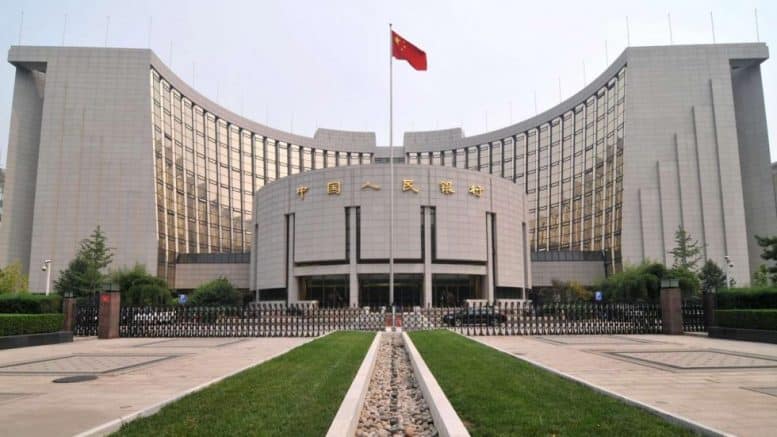 The new head of China’s Central Bank received his Ph.D. from University of Illinois and was a professor of economics at Indiana University in Indianapolis. In other words, he is a product of America as much as China. Bloomberg calls him a Technocrat. The picture of Xi Jinping as omnipotent dictator may have sprouted some puppet strings. ⁃ TN Editor

Yi Gang boasts more policy know-how than political heft as he takes the helm of the People’s Bank of China.

Confirmed Monday as successor to his long-time boss Zhou Xiaochuan, the 60-year-old Yi boasts more than two decades of experience in the central bank he will now run.

As No. 2 for more than a decade, the former Indiana University economics professor also managed the country’s foreign exchange policy from 2009 to 2016 — a time when currency reserves were growing toward $4 trillion and China was easing trading restrictions on the yuan and increasing its international use.

What he lacks is the political standing of his predecessor, meaning he’s set to take direction from above. He was quick on Monday to signal he would maintain the PBOC’s recent policies.

The real power may ultimately lie with Liu He, President Xi Jinping’s top economic adviser, who was elevated to vice premier status, paving the way for him to effectively run China’s economy, including monetary policy and its drive to reduce risks in the banking system.

“Yi brings technical competence in areas like monetary policy, continuity from his many years in a senior role at the PBOC, and strong international credibility,” said Michael Hirson, head of China research at New York-based Eurasia Group and formerly the U.S. Treasury Department’s chief representative to Beijing. “But as a low-key technocrat, he’ll need to rely on Liu for political backing within China’s system to be effective.”

Previous central bank governors often had higher political rank, experience in government posts or at the nation’s biggest financial institutions. Yi has none of those, ending a career in academia in the U.S. and at Peking University in Beijing when he joined the PBOC in 1997. In fact, he has more of an everyman character than others touted by analysts for the job –he’s been photographed practicing the martial art tai chi and in 2015 conducted an interview while entering a Beijing subway station.

The appointment comes as the final pieces of a sweeping regulatory overhaul fall into place toward the end of two-week annual conclave of leaders in Beijing, in which the central bank gained new powers as banking and insurance regulators were merged. He takes the reins just as Xi intensifies the nation’s battle against financial risks after years of credit-fueled expansion put China on track to be one of the world’s most indebted nations.

Like Zhou, Yi is a fluent English speaker with longstanding links to global economic leaders, being a frequent sight at international fora like the International Monetary Fund meetings and the World Economic Forum.

Yi received praise from officials at this week’s Group of 20 nations meeting in Buenos Aires, with both Bank of Japan Governor Haruhiko Kuroda and U.S. Treasury Under Secretary David Malpass complimenting his technical skills. Indonesia’s Finance Minister Sri Mulyani Indrawati said he’ll be a particular asset to his country in the global arena.