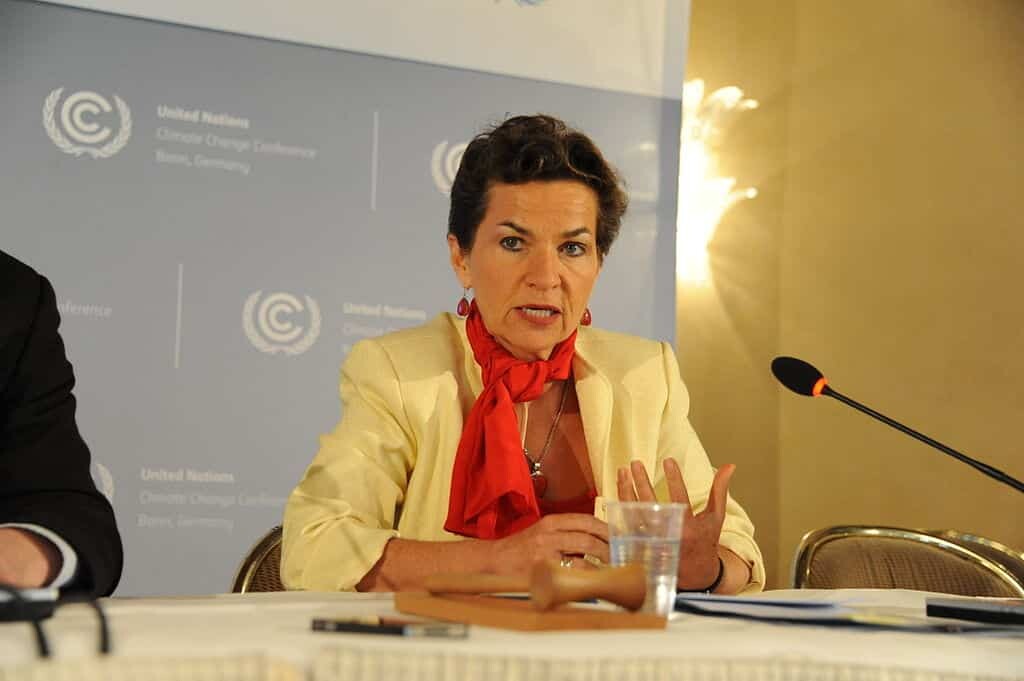 The U.S., the U.K. and Brazil have been “nothing but irresponsible” in their isolationist approaches to the coronavirus crisis, and such stances will weaken the global response to climate change, climate action advocate Christiana Figueres has said. At the same time, she claimed, the pandemic had created an opportunity to “reinvent” the economy in a way that valued sustainable outcomes over growth.

Figueres, the former UN Executive Secretary for Climate Change, made the comments yesterday to an online audience at the U.K.’s Hay Festival of Literature and Arts, which this year is being held digitally because of the ongoing coronavirus lockdown.

“There is one responsibility that governments everywhere have, and that is to protect their citizens,” Figueres said, referring to the huge death tolls from COVID-19 seen in Britain and America. On the other hand, she said, “those countries that have managed to protect their citizens from the worst of COVID-19 have done their job, and they are probably the ones who are doing a better job on climate change.” Figueres singled out Germany, Iceland, Finland, New Zealand and Denmark as countries that in her view had dealt effectively with the pandemic threat.

Speaking to Tom Rivett-Carnac, a strategist for the United Nations Framework Convention on Climate Change, Figueres stressed the need for more international cooperation to combat climate change, but that the coronavirus pandemic had the power to force countries to work together.

The coronavirus recovery was “a huge forced collaboration exercise, because it’s the only way through this,” she said. “Those countries that want to exempt themselves and be isolationist about it may have very difficult measures to deal with, because borders may not be open to their citizens.”

Figueres and Rivett-Carnac discussed the necessity for the global community to reduce cumulative emissions by 7.5% per year by 2030, in order to stay on track with the recommended Paris Agreement target of restricting global warming to 1.5 Celsius by 2100. In order to achieve this, they said, the $15-20 trillion dollars of funding so far earmarked for the global economic recovery from the pandemic would need to support a coherent strategy of decarbonization, instead of being funnelled into a strategy of returning the world to the way it was prior to the pandemic.

“If that money is put into high carbon assets … then there is no way that any [separate] policies and measures on decarbonizing the economy could possibly reach the impact that those $20 trillion are going to have because they will dwarf any efforts on climate change,” Figueres said. That sort of money, she believed, “will define the contours of the global economy for at least the [following] decade.”

Tom Rivett-Carnac, who along with Figueres co-authored The Future We Choose, a book that explores a global response on climate action, said in his view the 2020s were “the most consequential decade in human history,” in which the world would need to reduce greenhouse gas emissions by 50%, defining the climate outcomes for the rest of the 21st century.

Figueres hailed efforts in Europe by governments and private companies to urge the EU to make the European Green Deal a cornerstone of any recovery measures, and highlighted Spain’s recent move to draft a law to ban all new hydrocarbon projects in an effort to reduce carbon emissions to net zero by 2050.