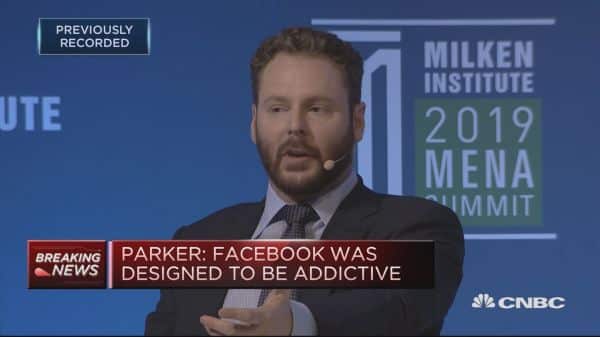 Please Share This Story!
PDF 📄
This might be a case of the kettle calling the pot black, but the point is well-taken: Amazon has no guarantee that it doesn’t listen to and store every conversation that you have in front of its Alexa device.  ⁃ TN Editor

Parker said on Wednesday there is “no limit” to how Amazon is storing and listening to private conversations, adding that these recordings “could potentially be used against you in a court of law or for other purposes.”

“If you’re having a conversation in front of an Alexa-enabled device, Amazon is not guaranteeing you any privacy,” Parker said in a discussion on stage with CNBC’s Hadley Gamble at the Milken Institute MENA Summit.

Amazon came under fire last year when an Echo device reportedly secretly recorded a family’s conversation and sent it to a random person. Amazon blamed the incident on Alexa misinterpreting a set of commands.

A spokesperson for Amazon told CNBC that customer trust is of the utmost importance, sit takes privacy seriously.

“By default, Echo devices are designed to only capture audio after it detects the wake word. Only after the wake word is detected does audio get streamed to the cloud, and the stream closes immediately after Alexa processes a customer request,” the spokesperson said in an emailed statement.

“No audio is stored or saved on the device. Customers can also review and delete voice recordings.”

“Even when we put Alexa into our partner products that’s something that we mandate of how they can do, how they can use this stuff. Obviously it is early days on how voice works and some of the biggest challenges is when you speak to it hands free, and you are talking to it from a distance. We try very hard to tune it, to make sure we’ve only heard ‘Alexa’ and then that’s when it wakes up .. we have to keep improving that,” he said.

So avoid all the “smart” junk they’re all pushing. Nobody HAS to be a technosheep.