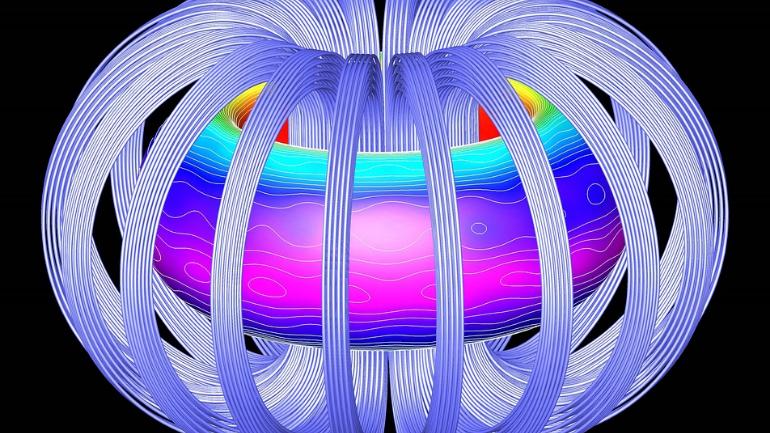 Please Share This Story!
PDF 📄
Economies are enabled by the energy required to produce activity, and the crucible of globalization seeks to create an artificial shortage of energy in order to control all economic activity.  Fusion reactors would provide cheap and clean energy to the world, effectively trashing globalization. ⁃ TN Editor

The bootstrapped LPP Fusion dense plasma focus nuclear fusion project will be starting a potentially big year of testing. They are completing work on their beryllium electrode.

If everything goes smoothly on four critical steps then this could be the beginning of world-changing clean nuclear fusion power. If they can get within a factor of four of their targets then they would be in the clear lead for nuclear fusion.

This would provide them with a lot more funding. LPP fusion wants to build small, decentralized 5 Megawatt nuclear fusion generators that will use hydrogen and boron fuel, both of which are essentially unlimited in nature, to allow direct conversion of energy to electricity without expensive turbines or radioactive waste.

The cost will be 10 times cheaper than any existing energy source, meaning Focus Fusion technology can change the world. The dense plasma focus device (DPF) based on the known physics has a fusion output that increases sharply with electrical current—approximately as current to the fifth power.

If the current is doubled then the fusion yield goes up by 25 or 32. This scaling law, which works for smaller DPF devices, has been interrupted for larger ones. They don’t get the yield expected from the scaling law. LPP Fusion thinks that is due to the larger impurities that powerful DPFs have produced.

If LPP Fusion succeeds in lowering impurities from initial experiments with pure deuterium should get our fusion yield up from about ¼ Joules—LPP’s best result with tungsten electrodes—to over 2 Joules. Nextbigfuture thinks they need to get to at least 1 Joule with the Berrylium electrode. There is both strong theoretical reasons and abundant experimental evidence that impurities affect plasma characteristics, such as electrical resistivity, in proportion to the product fz2, where f is the fraction (by number) of ions with an atomic charge z. They are switching our electrodes from tungsten, with a z of 74, to beryllium, with a z of 4. This means that, when fully ionized, each beryllium ion in the plasma has 340 times less effect than each tungsten ion. We don’t expect a lot more beryllium ions to be vaporized, because the energy to vaporize and ionize one beryllium ion is already ¾ the energy needed for one tungsten ion.

So the contribution of the electrodes to impurities will be hundreds of times less in the new experiment. After the initial experiments with pure deuterium, LPP will introduce a mixing gas, either nitrogen or neon, to start simulating the mixture of gases that we will have with our ultimate hydrogen-boron fuel.

They expect that this mixture will lead to higher fusion temperatures than with pure D, as the heating mechanism involves the viscosity of the plasma, which also increase with atomic charge.

These experiments will be a bit trickier to optimize, as too much higher-z mixing gas will cause the filaments to blow up again. They expect fusion yields to rise above 10 Joules if they can get an optimal gas mixture.

Nextbigfuture thinks they need to get to at least 3 Joules with the fast mixture. Later in 2019, they will upgrade their switches to increase the peak current which would further increase fusion yield. This can now do this without opening up their redesigned vacuum chamber.

Late in 2019, they will start experiments with hydrogen-boron, pB11 fuel. This fuel burns faster and more energetically than deuterium, that will again boost the fusion yields and put us on the track to our goal of getting more energy out of the device than they put into it—net energy. Nextbigfuture thinks that if they can at least get the impurities away to the

Yeah, 10x cheaper than any source available. So my electric bill would go from $400 to $40? Not very likely. American corps are GREEDY. How would they pay for their mcMansions and Rolls? Only way something like that would happen would be for everyone to make their own reactors (which ain’t gonna happen)

The investment capital would likely be so large that energy would still be centrally controlled, just domestically not internationally controled