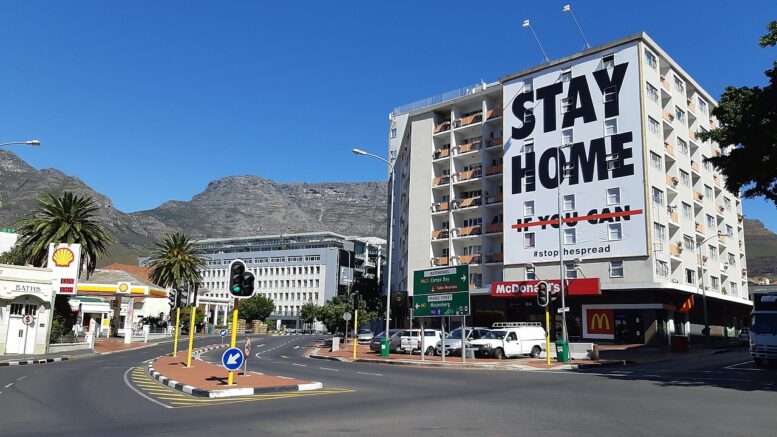 Posted By: Matthew Ratcliffe and Ian Kidd via The Critic (UK) November 9, 2020

Please Share This Story!
PDF 📄
The argument that many more people would or will die without lockdowns is a mental slip knot that is completely unfalsifiable. While it sounds slightly plausible, it is wholly deceptive and aimed only at controlling people rather than promoting their wellbeing. ⁃ TN Editor

In a reply to our piece “Welcome to Covidworld”, Ben Bramble engages in precisely the sort of thinking that we raised concerns about. He suggests that we are mistaken in comparing harms done by lockdowns and other measures to harms caused by the virus. Instead, we ought to have weighed up the costs of lockdowns against what would have happened without them.

Bramble’s case hinges on a counterfactual claim: in the absence of lockdowns, the virus would have inflicted much more harm than it has done. The cost of not locking down would, he says, have been “mind-bogglingly great”.

What could be wrong with Bramble’s claim? First of all, his use of the term “lockdown” is insufficiently discerning. Lockdown is not a simple, straightforward policy measure that took the same form in every country. There are, for instance, important differences between early and late lockdowns. Australia and New Zealand both locked down early and suppressed the virus.

Setting aside the issue of whether or not the actions taken by these countries are morally justifiable, it remains to be seen whether or not this is a success story. If a highly effective vaccine is not forthcoming, both countries will face the painful options of cutting themselves off from the rest of the world indefinitely, having strict lockdowns whenever the virus reappears, or eventually succumbing to the virus, none of which amount to success.

However, the current UK situation is very different. Given where we are now, nobody is claiming that this second lockdown or any future UK lockdowns will be able to suppress the virus here. It is too well established for that. Rather, the stated aims have been to buy us some time until a vaccine arrives and, most recently, to ensure that the NHS is not overwhelmed. In evaluating the effectiveness and appropriateness of such policy measures, it will not do to make sweeping claims about the effectiveness of lockdowns in general. When considering interventions so extreme and destructive, we need to proceed more carefully.

Bramble simply accepts that lockdowns in general work. He does not specify exactly what it would be for a late lockdown to work, when the goal is no longer complete suppression. Presumably, the relevant criteria will include reducing hospitalizations and deaths due to Covid-19, during the lockdown and in the longer term as well. But where is the evidence that lockdowns generally have this effect? Bramble doesn’t provide any. Maybe he thinks it’s just obvious that they achieve this, but it really isn’t.

A strict lockdown in Peru is associated with one of the highest Covid-19 death tolls in the world (currently recorded as 1,047 people per 1 million of the population). Other countries that have resorted to exceptionally long and strict lockdowns, such as Argentina, have also fared badly. One could, of course, run Bramble’s counterfactual here: it would have been even worse for these countries had they not locked down. But where is the evidence for that? Indeed, what would even count as evidence?

It would be intellectually and morally unacceptable to make the pro-lockdown position unfalsifiable by always insisting on the following: (1) where cases drop after a lockdown was introduced, it must be the lockdown that achieved this; (2) where cases rise after a lockdown was introduced, it would certainly have been even worse without the lockdown; (3) if other countries, such as Sweden, adopt less extreme approaches than us and fare better or at least no worse, this must be due to other differences between the two countries – the Swedish strategy would never have worked here.

So, how do we go about evaluating the effectiveness of lockdowns? Where is the evidence that the virus ultimately causes far more deaths in the absence of extreme social restrictions? Where are those countries that followed a different course from countries like the UK (which locked down, but did not suppress the virus) and now have higher death tolls than us? By simply assuming that his counterfactual claim is true, Bramble illustrates our worry that lockdowns risk becoming an unfalsifiable article of faith. In fact, he even asserts that “the science on this is beyond question”. Is it really? If so, all the disease modelers who have made dire predictions concerning the current UK situation will be delighted to hear that their work will be forever immune from critique, even if it turns out that their models have little bearing on reality. And, in any case, none of them would endorse Bramble’s exaggerated claim that, without a lockdown, there would have been “many millions of deaths” in countries such as the UK.

In fact, much about the behaviour of this virus remains unclear, including how the infection rate is influenced by growing immunity within a population. There is no single, homogeneous entity called “the science”. Rather, there are many different and often conflicting perspectives, theories, and claims. Furthermore, this is a complicated, fast-changing situation that impacts on all aspects of human society. Relevant expertise thus encompasses a wide range of academic disciplines and areas of practice. Philosophers should not simply defer to “the experts”; they also have plenty of relevant expertise themselves.

What we do know is that lockdowns are immensely damaging in so many ways. This second UK lockdown will further disrupt the social and emotional development of our children, cause a substantial rise in severe mental health problems, force many elderly people to live out the final weeks and perhaps months of their lives in loneliness and misery, exacerbate and prolong the pain of bereavement by depriving people of interpersonal and social interactions that shape and regulate grief, destroy livelihoods and risk mass unemployment, increase regional social and economic inequalities, reduce the life-opportunities of young people while saddling them with an ever-growing mountain of debt to pay off, suspend much of what gives our lives meaning, deprive people of countless precious, irreplaceable life-moments, and cause deaths due to the numerous resulting impacts on people’s health.

However, the true extent of certain harms, such as the long-term effects of sustained lockdown measures on children’s development, may not become fully clear for some time.

Others have similarly warned that policy makers are paying insufficient attention to these growing costs. For instance, an open letter by psychologists, which appeared on 1 November, spells out the widespread and damaging psychological effects of continuing restrictions, including the harms done to children. Similarly, an article published in the British Medical Journal on 2 November raises the concern that the “collateral damage” caused by public health interventions has “yet to be considered systematically”. Others have drawn attention to the global costs of national lockdowns. For instance, the charity Oxfam has stated that, by the end of this year, over 12,000 people could be starving to death every day due the global impact of national-level responses to Covid-19.

The vaccine likely contains Nagalase – the doctors who were murdered discovered that the enzyme Nagalase was being ADDED TO VACCINES and it destroys the body’s ability to make vitamin D leading to cancer.

Now why on earth wouldn’t we want a vaccine?

One good thing: TRUCKERS ARE TAKING THE NATION BACK NOVEMBER 29th. PLEASE JOIN THEM!

Really? They are totally going to drain the swamp, eh?