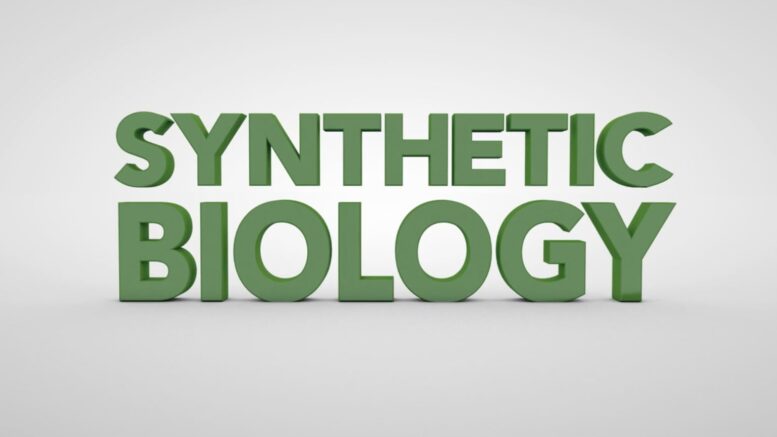 Please Share This Story!
PDF 📄
In 1994, two critics of the UN’s Agenda 21 wrote, “the main stake raised by the biodiversity convention is the issue of ownership and control over biological diversity… the major concern was protecting the pharmaceutical and emerging biotechnology industries.”*

Evolution and natural selection is out. Genetic modification is in. Controlling species through genetic engineering will rewrite nature while allowing the patenting of life itself, including humans. This crackpot ideology has been brewing for decades but few have recognized it. Transhumanists call it Humans 2.0. Technocrats call it Nature 2.0.

The very genetic code of the planet’s biosphere, including humans, is being overwritten; The ultimate goal being the ability to manipulate, patent and program at will the biological processes of all life.

“Within 50 years we could have more life forms invented in a lab than we have ever identified in nature.” – Fidelity Investments

Tom Knight, professor at MIT’s Artificial Intelligence Lab, said in 2007 that “The genetic code is 3.6 billion years old. It’s time for a rewrite.”

Geneticist Craig Venter is a pioneer in the field of synthetic biology. In 2010 the media hailed his team’s success in creating “the first self-replicating species we’ve had on the planet whose parent is a computer.”

Google founder Larry Page met with Craig Venter in California at the Edge billionaires meeting in 2010. Also present were representatives from the State department, Bill Gates, Anne Wojcicki, Bill Joy and dozens of other tech company CEO’s and scientists.

The Edge billionaire meetings have discussed the future of genetic engineering, biocomputation and re-designing humanity in a Transhumanist era. Physicist Freeman Dyson described the individuals leading this group as having god-like power to create entirely new species on earth in a “New Age of Wonder”. He describes them as:

“…a new generation of artists, writing genomes as fluently as Blake and Byron wrote verses, might create an abundance of new flowers and fruit and trees and birds to enrich the ecology of our planet.”

Synthetic engineering of plant and animal life has enabled corporations to patent and profit from genetic code.

Because synthetic biology is a different technique than older genetic engineering tech, the supreme court ruled in 2013 that synthetic DNA can be patented because it is not a “product of nature”. Justice Clarence Thomas wrote,

“…the lab technician unquestionably creates something new when cDNA is made. cDNA retains the naturally occurring exons of DNA, but it is distinct from the DNA from which it was derived. As a result, cDNA is not a “product of nature” and is patent eligible under §101, except insofar as very short series of DNA may have no intervening introns to remove when creating cDNA”.

Synthetic biology ingredients have already quietly entered our food supply. Nature reported in 2014, “This year [Evolva] will release a product that has been created by genetically modified yeast that converts sugars to vanillin. It will be the first major synthetic-biology food additive to hit supermarkets.”

Since then, other synthetic foods have been developed. Synthetic biology has created plant based burgers, eggs, and shrimp. Forbes reports,

“With the advent of synthetic biology, the easy reading, writing and editing of DNA could open up a whole new world of designer proteins with enhanced nutrition, flavors, fragrances, and material properties.”

The New York Times reported on the developing vaccine technology called “immunoprophylaxis by gene transfer” in 2015. As the Times reported, animal tests on the synthetic DNA vaccine “are essentially re-engineering the animals to resist disease.”

The New York Times piece went on to say, “…the prospect of genetically engineering people to resist infectious diseases may raise concerns among patients“.

Now, in the aftermath of the COVID pandemic, human beings are set to be genetically altered with mRNA vaccine technology based on synthetic biology.

As reported, the Gates funded synthetic biologists believe that they can “do better” than nature with “self-assembling nanoparticles” that will be injected into your body:

“With all due respect to nature, synthetic biologists believe they can do better. Using computers, they are designing new, self-assembling protein nanoparticles studded with viral proteins, called antigens: these porcupine-like particles would be the guts of a vaccine.”

‘The genetic code is 13.6 billion years old it’s time for a rewrite’ he said. To say he thinks he is a god who can create life is an understatement. First the DNA was not created by these mad scientists. God did and without God they could not take what God made and destroy it in their image. Second, the lie of 13.6 billion years, and Evolution which was not believed before the 1800’s. The truth is our heavens and earth is less that 6,000 years old. God created heaven and earth in 6 literal days, including man. Man has… Read more »

We are dealing with sick animals.

this is so neat on a dreadful sale.If have the Viroid thermodynamic Theory on the Origin of Life /VTT reviewed by Dr.James Lovelock of the Royal Academy of Science and presented at the U of Guelph circa 1990 . Long story short, diseases are the pre cursors to hormones and control the rate of evolution and health of a species. When you get teh flu, it is checking the status of the genome and the health of a species. The unhealthy, obese, diabetes, etc can not properly respond and die. The healthy organism is not harmed and the genome is… Read more »

Humans haven’t evolved nearly enough to undertake what is presented in this article. Should be obvious…. apparently not.

Technocrats and bureaucrats can make their plans for themselves and for hose who think they need and want them. I’ve got plans of my own that have been decades in the making. And that ultimate plan is to stand at the right hand of Christ dressed in a white robe of righteousness. And to hear Jesus say to me. Well done though good and faithful servant. Enter thou into the joy of thy Lord. I will not be hindered or lose out on that blessed hope based on illusions and delusions. Amen!

After all the hooha by Greenies & Hippies over GMO foods where’s that indignation now with the Gates push for Genetically Modified humans.

Which Part of Your Genetic Makeup is Jekyll, and Which is Hyde? - America Out Loud

[…] with Julie Beal as the writer, has a lengthy write-up on this genetic over-write topic in depth here, if you want a deeper dive on this. Beal warns us the coronavirus vaccines could cause serious […]