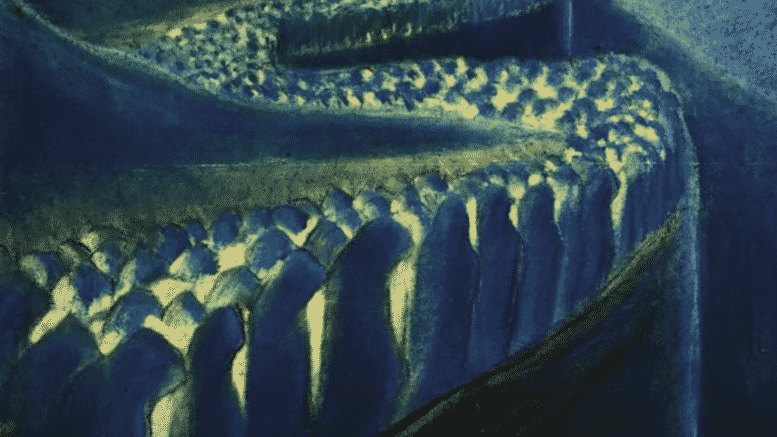 The predictable effect of the Great Panic of 2020 is the rise of authoritarianism and the decline of freedom. Although usurped power is never given back voluntarily, today’s dilemma is measurably worse because Technocracy is a Scientific Dictatorship. ⁃ TN Editor

In a year of extraordinary and often terrible actions taken in response to COVID-19, yet another international civil society group warns that governments are leveraging the pandemic to tighten controls over their subjects. Ominously, it’s not the first such warning and comes as even traditionally liberal democratic countries step up surveillance of dissidents and crack down on public opposition.

“The COVID-19 pandemic has had a dire impact on civic freedoms globally,” Civicus, a South Africa-based group that promotes civil society and freedom of association, reported last week. “Our research shows that governments … are using the pandemic as an opportunity to introduce or implement additional restrictions on civic freedoms.”

The United States drops in status from “narrowed” to “obstructed” for “restrictive laws, the excessive use of force against protesters, and an increasingly hostile environment for the press.” The Civicus rating emphasizes militarized tactics and mass arrests in response to the Black Lives Matter protests that erupted this year. While those protests aren’t explicitly linked to the pandemic, they were likely exacerbated by the disruptions and economic pain caused by lockdowns that brought simmering preexisting tensions to a boil.

Unfortunately, Civicus’s ratings criteria seem anecdote-driven and rather arbitrary. While the U.S. is (rightfully) dinged for sometimes heavy-handed treatment of protesters (while police in other locations seemingly surrendered the streets to favored political factions), other countries get a relative pass for cracking down on public expression that was specifically targeted at pandemic responses.

Australia, for example, is classified as “narrowed”—a better ranking than the U.S.—even as authorities arrest people for merely planning to protest against pandemic-related lockdowns. The country is also moving to centralize surveillance of travelers in the name of public health and to ease domestic monitoring of electronic communications.

“Journalists in France have been obstructed in doing their jobs through intimidation and detention while covering protests,” observes Civicus, which ranks the country as “narrowed.”

Last Friday, 142 people were arrested in Paris during demonstrations against a law that would restrict photographing police officers during such events as protests against lockdowns.

Germany‘s arrests of anti-lockdown protesters are acknowledged even as the country gets an “open” rating.

Unmentioned is Germany’s surveillance of opponents to restrictive anti-pandemic measures on the grounds that they have been “infiltrated by extremists.” The “move is effectively a public warning to sympathizers and leaders of the group—which officials described as the ‘epicenter’ of Germany’s coronavirus protests—but it falls short of banning the movement,” notes The Washington Post.

The listing for Israel—ranked as “obstructed”—focuses on the treatment of Palestinians. That’s certainly an important issue. Still, as Civicus emphasizes governments’ exploitation of health concerns to justify expanded authority, it’s worth mentioning that the Shin Bet, the country’s internal security force, presented bogus information to gain authorization to monitor citizens for coronavirus. “In other words, the committee voted and reaffirmed surveillance on Israeli citizens by the Shin Bet based on partial or even misleading data,” according to Haaretz.

That said, the Civicus warning is timely, and the organization’s concerns are shared by others.

“Numerous governments have used the COVID-pandemic to repress expression in violation of their obligations under human rights law,” United Nations Special Rapporteur on Freedom of Expression David Kaye noted in July.

“For authoritarian-minded leaders, the coronavirus crisis is offering a convenient pretext to silence critics and consolidate power,” Human Rights Watch warned back in April.

And now cans of Coke are testing positive for CoVid19?? OMG. We need to get a handle on what’s really going on in this country and it has nothing at all to do with Corona “virus”. That was simply a democratic party ploy. Anyone with half a working brain knew that for a long time. I’m always VERY SUSPICIOUS of any new “disease” that comes with the promise of a vaccine as the savior. Vaccines kill. They are dangerous.

This article is BS!! The ‘Big, Bad Virus’ is NOT ‘spreading’!!! We are in a NEW FLU SEASON!!! FLU SEASON has been happening for HOW MANY HUNDREDS of YEARS?!?!?!?! And now, it seems, F-T-ards want to keep a RUNNING TOTAL from LAST Flu Season into THIS Flu Season!! WRONG ANSWER!! BRAND NEW Flu Season……START the (NEW) numbers OVER!!
And then I can go into detail on how all of these MASK-WEARERS are MAKING THEMSELVES SICK by WEARING these face diapers!