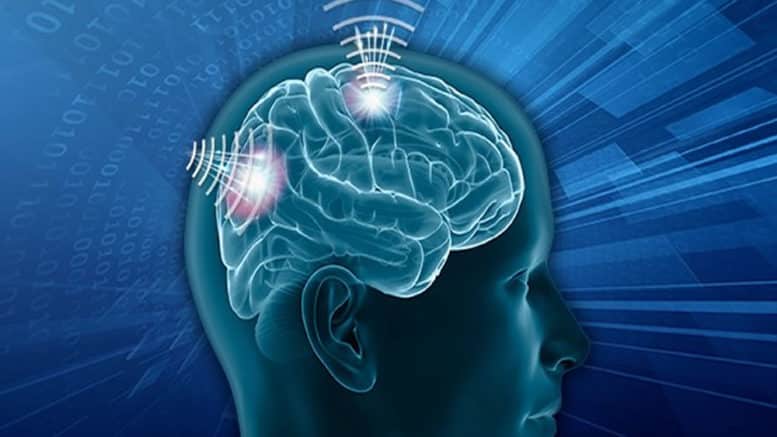 Please Share This Story!
PDF 📄
Technocrats at DARPA are intent on creating a non-surgical brain-machine interface as a force-multiplier for soldiers. The research will require “Investigational Device Exemptions” from the Administration. ⁃ TN Editor

“DARPA is preparing for a future in which a combination of unmanned systems, artificial intelligence, and cyber operations may cause conflicts to play out on timelines that are too short for humans to effectively manage with current technology alone,” said Al Emondi, the N3 program manager. “By creating a more accessible brain-machine interface that doesn’t require surgery to use, DARPA could deliver tools that allow mission commanders to remain meaningfully involved in dynamic operations that unfold at rapid speed.”

Over the past 18 years, DARPA has demonstrated increasingly sophisticated neurotechnologies that rely on surgically implanted electrodes to interface with the central or peripheral nervous systems. The agency has demonstrated achievements such as neural control of prosthetic limbs and restoration of the sense of touch to the users of those limbs, relief of otherwise intractable neuropsychiatric illnesses such as depression, and improvement of memory formation and recall. Due to the inherent risks of surgery, these technologies have so far been limited to use by volunteers with clinical need.

For the military’s primarily able-bodied population to benefit from neurotechnology, nonsurgical interfaces are required. Yet, in fact, similar technology could greatly benefit clinical populations as well. By removing the need for surgery, N3 systems seek to expand the pool of patients who can access treatments such as deep brain stimulation to manage neurological illnesses.

The N3 teams are pursuing a range of approaches that use optics, acoustics, and electromagnetics to record neural activity and/or send signals back to the brain at high speed and resolution. The research is split between two tracks. Teams are pursuing either completely noninvasive interfaces that are entirely external to the body or minutely invasive interface systems that include nanotransducers that can be temporarily and nonsurgically delivered to the brain to improve signal resolution.

Throughout the program, the research will benefit from insights provided by independent legal and ethical experts who have agreed to provide insights on N3 progress and consider potential future military and civilian applications and implications of the technology. Additionally, federal regulators are cooperating with DARPA to help the teams better understand human-use clearance as research gets underway. As the work progresses, these regulators will help guide strategies for submitting applications for Investigational Device Exemptions and Investigational New Drugs to enable human trials of N3 systems during the last phase of the four-year program.

“If N3 is successful, we’ll end up with wearable neural interface systems that can communicate with the brain from a range of just a few millimeters, moving neurotechnology beyond the clinic and into practical use for national security,” Emondi said. “Just as service members put on protective and tactical gear in preparation for a mission, in the future they might put on a headset containing a neural interface, use the technology however it’s needed, then put the tool aside when the mission is complete.”