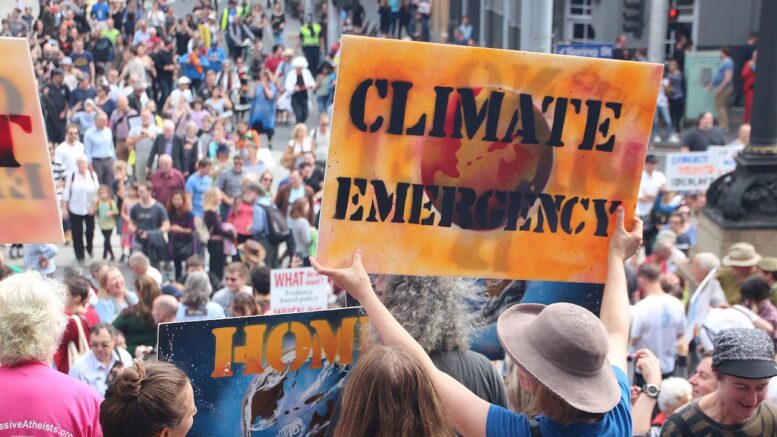 Please Share This Story!
PDF 📄
Hard facts fly in the face of climate alarmists but that does not deter them from perpetuating the climate emergency myth. Pseudo-science is not real science. It is a made-up narrative that hides behind the respectability of real science, but does not hold up under scrutiny. ⁃ TN Editor

There is no “climate emergency”, according to a study for the Global Warming Policy Foundation by independent scientist Dr Indur Goklany.

While climate may have changed for the warmer:

• Whatever detrimental effects warming and higher carbon dioxide may have had on terrestrial species and ecosystems, they have been swamped by the contribution of fossil fuels to increased biological productivity. This has halted, and turned around, reductions in habitat loss

The report will make hugely depressing reading for all the prominent environmental activists — from the Pope and Doom Goblin Greta Thunberg to the Great Reset’s Klaus Schwab — who have been pushing the “climate emergency” narrative. It is an article of faith for the globalist elite and their useful idiots in the media, in politics, in business, and the entertainment that the world is on course for climate disaster which only radical and costly international action can prevent.

But Goklany’s report — Impacts of Climate Change: Perception & Reality — claims there is little if any evidence to support the scare narrative.

At the end, Goklany provides a table, setting out all the scaremongering claims made by environmental groups — and then comparing them with observed reality. Only one of the claims stands up, according to the study — weather has been getting slightly warmer:

Cyclones/hurricanes more intense or frequent — No

Droughts more frequent and intense — No

Cereal yields decreasing — No (they have tripled since 1961)

None of the doom-mongering claims made about a decline in human welfare stands up, either, according to the study.

Access to cleaner water has increased; mortality from ‘Extreme Weather Events’ has declined by 99 per cent since the 1920s; fewer people are dying from heat; death rates from climate-sensitive diseases like malaria and diarrhoea have decreased (since 1900 malaria death rates have declined 96 per cent); hunger rates have declined; poverty has declined (GDP per capita has quadrupled since 1950 even as CO2 levels have sextupled); life expectancy has more than doubled since the start of industrialisation; health adjusted life expectancy has increased; global inequality has decreased in terms of incomes, life expectancies and access to modern-day amenities; the earth is green and more productive; habitat lost to agriculture has peaked due to fossil fuel dependent technologies.

It will be hard for green activists to dismiss Goklany as a “denier”. His credentials as a climate expert are impeccable. He was a member of the U.S. delegation that established the Intergovernmental Panel on Climate Change (IPCC) and helped develop its First Assessment Report. He subsequently served as a U.S. delegate to the IPCC, and as an IPCC reviewer.

Almost everywhere you look, climate change is having only small, and often benign, impacts. The impact of extreme weather events ― hurricanes, tornadoes, floods and droughts ― are, if anything, declining. Economic damages have declined as a fraction of global GDP. Death rates from such events have declined by 99% since the 1920s. Climate-related disease has collapsed. And more people die from cold than warm temperatures.

Even sea-level rise — predicted to be the most damaging impact of global warming — seems to be much less of a problem than thought, according to to the study’s findings.

Thank you so much for sharing this. It will never be believed by the mainstream but must continue to be shared none the less.

I enjoy reading your frequent news and I have appreciated your willingness to post controversial viewpoints, but this article is not accurate and I also believe it’s intent is ultimately political (especially when you don’t have multiple sources from around the world submitting research & more). I have studied meteorology and know quite a few scientists in this field. I’d like to recommend that more research, articles and viewpoints be included on this subject. Lastly, as a Christian, I’d like to remind you that Jesus warned that those who have the power to influence Christians are more accountable for leading… Read more »

I concur with Julie’s statement about Christian duty to speak truth, and believe science leads us to a greater understanding and appreciation of our Wonderful Creator. From my understanding, I think Mr. Goklany is correct. His statements are consistent with other scientific data reviewed and validated by Climate Change Reconsidered (The Heartland Institute, 2013). http://climatechangereconsidered.org; https://www.heartland.org/Center-Climate-Environment/index.html As a professor of atmospheric science told me in grad school, until we better understand the impact of water vapor, we cannot determine the impact of CO2. Given that the CO2 radiative “window” is nearly closed, future forcing from CO2 will be negligible, but will,… Read more »