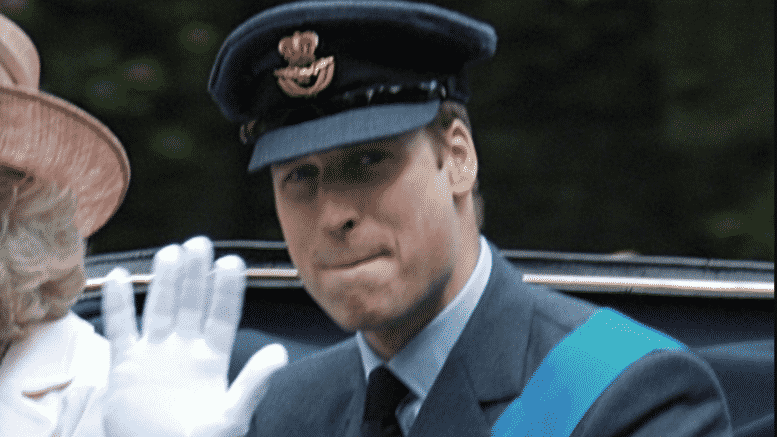 Please Share This Story!
PDF 📄
Some Brits are calling for Prince William to leapfrog his father as the future King of England. However, he is likely more hip to the Great Reset and the Green Revolution than any royalty before him. Statements like “our trajectory as a species” are troubling if he is at the helm. ⁃ TN Editor

Prince William has confirmed that he’s at least as dodgy a kingly prospect as his father the Prince of Wales by calling for a ‘Reset.’

William, who is second in line to the British throne, slipped the codeword into a video broadcast for the environmental charity Conservation International.

‘All of us, across all sectors of society, and in every corner of the globe must come together to fundamentally reset our relationship with nature and our trajectory as a species.’

Others have criticised William (currently worth an estimated £30 million, though due one day to inherit a fortune of at least £1.6 billion) for this ‘do as I say, rather than do as I do’ hypocrisy. With his Range Rover and his air miles (some of them in private jets) William is hardly a role model for carbon parsimony, so why should we let him lecture us ordinary folk on how we should live our lives?

But for me, hypocrisy is the least of his sins. What should worry us far more is that sinister invocation of a word — ‘Reset’ — which is intimately bound with the New World Order proposed by Klaus Schwab’s World Economic Forum and its masterplan for a ‘sustainable’ society in which ‘you’ll own nothing and be happy.’

Here’s how the WEF put it in its now-infamous 2016 promo video:

It might seem odd to you, but it makes perfect sense for us in this city. Everything you considered a product, has now become a service. We have access to transportation, accommodation, food and all the things we need in our daily lives. One by one all these things became free, so it ended up not making sense for us to own much.

(Hmm. I wonder how William will feel when he suddenly he finds that he no longer owns, via the Crown Estate, his fine collection of royal properties including Sandringham, Buckingham Palace, Windsor Castle and Balmoral, not to mention all the maritime rights which, outrageously, give him a cut of the offshore wind industry. Will he still ‘be happy’?)

Speeches like William’s Conservation International broadcast will scupper any hopes some of us may have had that he was not going to turn out like his eco-loon father the Prince of Wales. It rehearses exactly the same hackneyed, green movement talking points that Charles has been droning on about for years – ten years to save the planet, irreversible damage, most vulnerable will suffer most, etc, plus a cheeky plug for the ‘remarkable’ Covid vaccine.

Oh no, not another demented royal… FFS will it never end, surely they can see IF they get their communist One World Order, by the rothschilds, there will be NO ROYALTY as they have planned all along, after all they think they are gods of satan and know what all others need,dont they? Jeez

I thought that the bit of ‘marring out’ this mob has been practicing for a little while now might have improved the intelligence of the set. Just shows to show there is all ways that throwback

Hi guys Love the website As for the royals this moronic and out of date institution has had its day and good riddance to them. The over the top coverage of this evil bunch is disgusting and apparently i and the nation are in mourning. Talking of that even in Britain the mass media still get it grammatically and historically wrong As Britain is not a nation ,it’s a union of nations. Unfortunately you guys got it wrong as sorry to be picky but there’s no such thing as” king or queen of England “ It’s a British monarch and… Read more »

Get rid of the royals