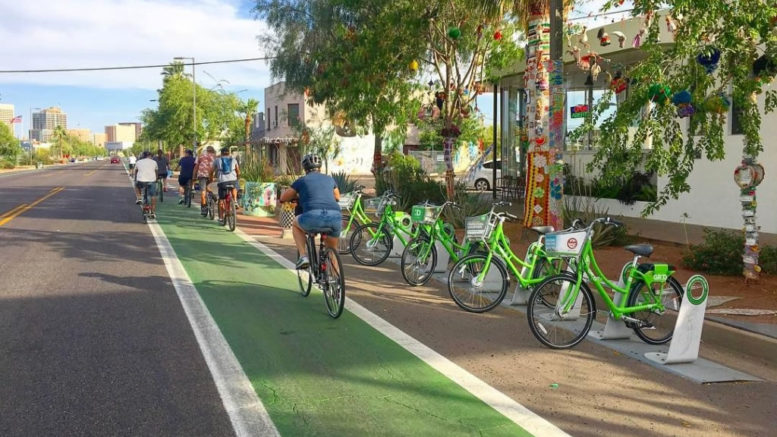 Please Share This Story!
PDF 📄
The Complete Streets Act being promoted in the Senate and House is straight out of the UN’s playbook for implementing Sustainable Development. Complete Streets is an initiative of Smart Grown America

Note: The UN Agenda 21 has been heavily promoted by both Democrats and Republicans since 1992. Note Nancy Pelosi’s 1993 speech on the House floor.

The legislation would allow eligible local and regional entities to apply for technical assistance and capital funding to build projects, such as sidewalks, bike lanes, crosswalks and bus stops. It has already received statements of support from ride-hailing companies Lyft, Uber and Via, as well as the National Complete Streets Coalition (NCSC), a Smart Growth America program that advocates for Complete Streets.

To push for Congress’ approval, NCSC separately released an addendum to its “Dangerous by Design 2019” report, which ranks states and cities on the dangers faced by pedestrians. The addendum segments pedestrian fatalities by Congressional district in both absolute numbers and by rate per 100,000 people. Arizona’s 7th Congressional District, represented by Democratic Rep. Ruben Gallego, topped that ranking. Gallego is a co-sponsor of the bill in the House.

This bicameral legislation comes at a critical time for street safety, with pedestrian deaths and vehicle crashes ticking upwards. According to a report from the Governors Highway Safety Administration (GHSA) earlier this year, the number of pedestrian fatalities in 2018 is projected to be the highest since 1990: at 6,227, a 4% increase over 2017. GHSA has blamed that uptick on a series of factors, including increased smartphone use and alcohol impairment of drivers and pedestrians.

The Complete Streets movement has gathered steam over the years as city and state governments look to improve safety, but plenty of work remains. In May, NCSC recognized 10 communities that drafted and implemented the best Complete Streets policies of 2018, with Cleveland Heights, OH at the top. But the push has been largely at the local level, with cities and states left to their own devices by the federal government, so this bill might be an effective way to give those efforts more clout.

Waste of money. Ban the word sustainability. The UN is Anti American. Patriots should all know this by now.

US Round-Abouts are required by Un when new roadworks are done They may be a good idea, but why keep it a secret? If this is not true or it can be confirmed, please reply They are expensive