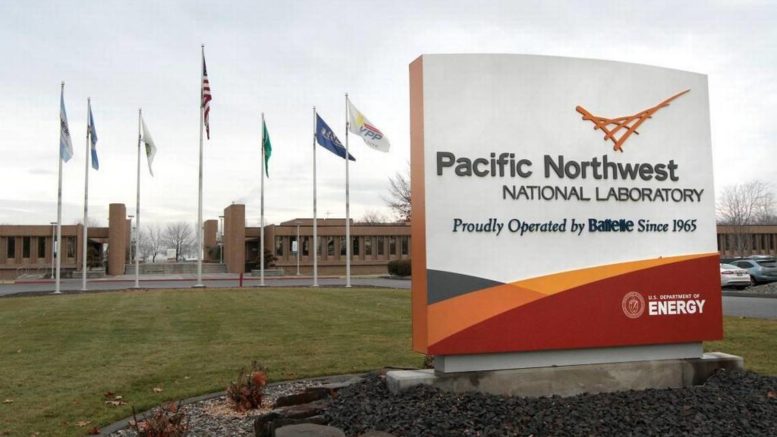 Please Share This Story!
PDF 📄
The Pacific Northwest National Laboratory was foundational in creating the modern Smart Grid featuring WiFi-enabled meters, and is Technocracy-centric in its command-and-control schemes for energy. ⁃ TN Editor

The Energy Department unveiled plans to launch a $5.5 million research center that will bring together top thinkers from three federal and academic institutions to solve some of the world’s most complex challenges in artificial intelligence.

Researchers from Energy’s Pacific Northwest National Laboratory, Sandia National Laboratories, and the Georgia Institute of Technology will join forces in the newly unveiled Center for Artificial Intelligence-Focused Architectures and Algorithms, or ARIAA.

“AI will allow us to solve problems today, that simply cannot be solved because they are too complex,” said Roberto Gioiosa, the senior research scientist at PNNL selected lead the new center. “This is the science of the future.”

The move follows Energy Secretary Rick Perry’s recent announcement that the agency is working to establish an Artificial Intelligence and Technology Office to coordinate and streamline the agency’s efforts and growing investments around AI. It also aligns with President Trump’s recent call for a national strategy to boost American leadership in the budding technology, officials said.

The collaborative center will ultimately prioritize four specific research areas that insiders note “touch virtually everyone”: the power grid, cybersecurity, graph analytics, and computational chemistry. Each will impact challenges that will shape the American future, like how new medicines are created, how to keep people’s online identity safe and how to keep the electric grid safe and secure.

ARIAA’s approach is unique, officials noted, as it will be centered around a concept known as “co-design,” which is particularly well-suited to high-performance supercomputing, one of Energy’s prime concerns and investments as it works toward modernization and future innovations. As they embrace a co-design approach, researchers will “balance the capabilities of hardware and software as they optimize computer architectures and algorithms to address a given challenge,” officials said.