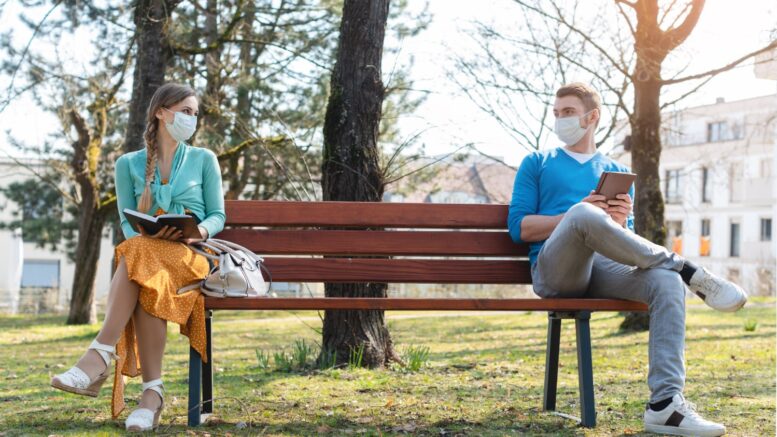 Please Share This Story!
PDF 📄
The endgame of Technocracy as an economic system is total control using its “science of social engineering”. Before that can happen, the current economic system must be destroyed and the people prepared for total submission to the coming scientific dictatorship where the world is run by algorithm rather than elected representatives.

To say that Technocracy is sterile and dehumanizing is an understatement. It is patently anti-human in the clearest sense of the word, and will result in world-wide human misery. ⁃ TN Editor

Western civilization, led by the US government and media, has embarked upon a campaign of mass psychological terrorism designed to cover for the collapsing economy, set up a new pretext for Wall Street’s ongoing plunder expedition, radically escalate the police state, deeply traumatize people into submission to total social conformity, and radically aggravate the anti-social, anti-human atomization of the people.

The pretext for this abomination is an epidemic which objectively is comparable to the seasonal flu and is caused by the same kind of Coronavirus we’ve endured so long without totalitarian rampages and mass insanity.

The whole concept of “lockdowns” is exactly upside down, exactly the wrong way any sane society would respond to this circumstance.

It’s the vulnerable who should be shielded while nature takes its course among the general population, who should go about life as usual. Dominionist-technocratic rigidity can’t prevent an epidemic from cycling through the population in spite of the delusions of that religion, especially since Western societies began their measures far too late anyway.

So it’s best to let herd immunity develop as fast as it naturally will, at which time the virus recedes from lack of hosts (and is likely to mutate in a milder direction along the way). This is the only way to bring a safer environment for all including the most vulnerable.

The fact that most societies have rejected the sane, scientific route in favor of doomed-to-fail attempts at a forcible violent segregation and sterilization is proof that governments aren’t concerned with the public health (as if we didn’t know that already from a thousand policies of poisoning the environment while gutting the health care system), but are very ardent to use this crisis they artificially generated in order radically to escalate their police state power toward totalitarian goals.

The whole concept of self-isolation and anti-social “distancing” is radically anti-human. We evolved over millions of years to be social creatures living in tight-knit groups. Although modern societies ideologically and socioeconomically work to massify and atomize people, nevertheless almost all of us still seek close human companionship in our lives.

(I suspect most of the internet police-state-mongers are not only fascists at heart but are confirmed misanthropic loners who couldn’t care less about human closeness.)

This terror campaign seeks to blast to pieces any remaining human closeness, which means any remaining humanity as such, the better to isolate individual atoms for subjection to total domination. Arendt wrote profoundly on this goal of totalitarian governments, though even she didn’t envision a state-driven cult of the literal physical repulsion of every atom from every other atom.

Some dream of this terror campaign somehow bringing about a magical collective transformation. They don’t explain how that is supposed to happen when everyone’s so terrorized they’re desperate to detach physically from their own shadows, let alone physically come together with other people. But any kind of political or social action, any kind of movement-building, requires close person-to-person contact.

It seems that for most erstwhile self-alleged dissidents, the fact that social media is no substitute for face-to-face organizing and group action, a fact hitherto universally acknowledged by these dissidents, is another truth suddenly to be jettisoned replaced by its complete antithesis.

Thus the terror campaign is a virus causing those it infects to abdicate all activism and all prospect for all future activism, for as long as they remain insane with the fever of this propaganda terror.

Far more profoundly and evoking despair, the terror campaign is a virus causing those it infects to fear and loathe all human contact, all companionship, all closeness, all things which ever made us human in the first place. Prior totalitarian regimes sought this lack of contact and trust through networks of informers.

These networks are part of today’s terror campaign as well, encouraged from above and spontaneously arising from below as a result of the feeling of terror as well as the exercise of prior petty-evil intentions on the part of petty-evil individuals.

But today’s totalitarian potential is far worse than this. Now the regimes aspiring to total domination have terrorized and brainwashed the vast majority of people into an automatic physical distrust of all other people. One no longer fears that someone is an informer, but fears the very existence of another human being.

Any kind of human relations, from personal friendship and romance to friendly social gatherings and clubs to social and cultural movements become impossible under such circumstances. This threatens to be the end of the very concept of shared humanity, to be replaced by an anthill of slave atoms with no consciousness beyond fear and the most animal concern for food and shelter, which already is allowed or denied in the same way experimenters do with lab rats.

And the more people fear and loathe the literal physical existence of all other people, the more the situation becomes ripe for every epidemic of murder, from the spiking rate of domestic violence and killings to incipient lynch mobs to pogroms to Nazi-style extermination campaigns.

This is the system’s end goal. It’s the logical end where every trend of today leads. All of it is trumped up over an epidemic which objectively is a flu season somewhat rougher than average.

Why do the people want to surrender and throw away all reality and future prospect of shared humanity, happiness, freedom, well-being, over so little? Is this really a terminal totalitarian death cult, the globe as one massive Jonestown?

So far it seems this is what the majority wants. If they don’t really want this consummation of universal death in spirit, emotion and body, they’d better snap out of their terror-induced mental delirium fast, before it’s too late.

Well God created the human race around 6-12,000 years ago. Not millions, just to correct you on that point. But the rest of the article is def true.
We need to be in constant prayer that the Lord will have mercy on us. That many will come to a saving faith before it’s too late.
Most are sadly asleep and buying into the fear mongering.

“We need to be in constant prayer that the Lord will have mercy on us. That many will come to a saving faith before it’s too late.”

Psalm 10, 36, 37….we are in a spiritual battle like no other and I truly believe only God Almighty himself can stop the diabolical wickedness that’s being perpetrated on mankind!

Can you show this proof that god created man 6 – 12 thousand yrs ago? And please don’t respond with quotes from the bible. You write this info like it’s a fact. Or is it just simply what you choose to believe ?

If we won’t learn from history then we will repeat it. The same pathogenic virus scam was perpetrated back in 1918 during the so called ‘Spanish Flu’ pandemic, including mandatory face mask wearing: https://www.ibtimes.sg/wear-not-wear-mask-backlash-over-mask-1918-spanish-flu-tells-us-why-48991 Here is what the alleged ‘Spanish Flu’ was really about: http://whale.to/vaccine/sf1.html A single quote from the article summarizes it all: ‘However, one thing is certain — the 1918 Spanish Influenza was a vaccine-induced disease caused by extreme body poisoning from the conglomeration of many different vaccines’ Same scam just a different name it is now called the SARS-COV2 virus which induces the COVID19 illness. Using the… Read more »

Divide, Conquer, And (Great) Reset – The World We Live In