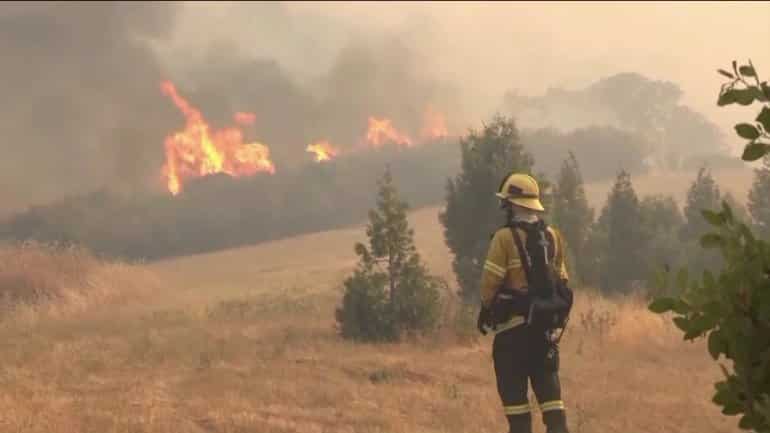 I won’t comment on the general political actions of California’s Governor Brown. I will say that he is doing what all environmentalists are doing and that is taking natural and normal events and presenting them as unnatural and abnormal. Of course, this means they are trying to blame humans for every single change that occurs in nature.

His statements about the recent fires in his State are a classic example of distortion, misrepresentation, and exploitation of natural events. I will comment on this because I have studied the impact of climate and climate change on the environment and the human condition for over fifty years. I can say, unequivocally, that politics drive his remarks about the weather, climate, and fire conditions because they are so wrong. What is happening is natural and well within the normal pattern for the region. Here is an example of Brown’s ignorance in recent false statements designed to deflect from his political failures and promote his political agenda; the belief that humans and their developed societies are the problem.

“Since civilization emerged 10,000 years ago, we haven’t had this kind of heat condition, and it’s going to continue getting worse and that’s the way it is.”

Civilization began more than 20,000 years ago as the cave paintings show. Unfortunately, it hasn’t reached California yet, as the glamor and glitz of Hollywood and the shallowness of the rest of the State attest. Just my opinion, but I find it one of the most boring places in the world.

The State was formed primarily by people following Horace Greeley’s advice to go west young man. Some were looking for gold, and others were looking for the promised land. As they went west, the climate became drier and drier. It is pronounced once you cross the Mississippi as the vegetation and landscape changes. You are unaware of another line because it is one on a precipitation map.  It runs down the center of North America and separates the east that has more than 20 inches of precipitation, from most of the west that has less than 20 inches.

Once they reached California, people set about making it the land of milk and honey by stealing water from everywhere. I understand there is an ongoing movement for the northern part of the State to separate from the rest simply to recover their water. They pump billions of gallons over the mountains from the Colorado River because the Los Angeles basin has no natural water supply. The reality is most of the State is naturally arid or semi-arid.

Governor Brown’s claim that they haven’t had the current conditions for 10,000 years is entirely wrong. You can argue, obliquely, that he is right, but only because it is cooler today than for most of those 10,000 years. That time span is a distinct geologic period called the Holocene Optimum. Despite what the Governor says, it was warmer than today for at least 95 % of the last 10,000 years (Figure 1). Apparently, the Governor doesn’t know that recent research showed it was some 6°C warmer 9000 years ago. 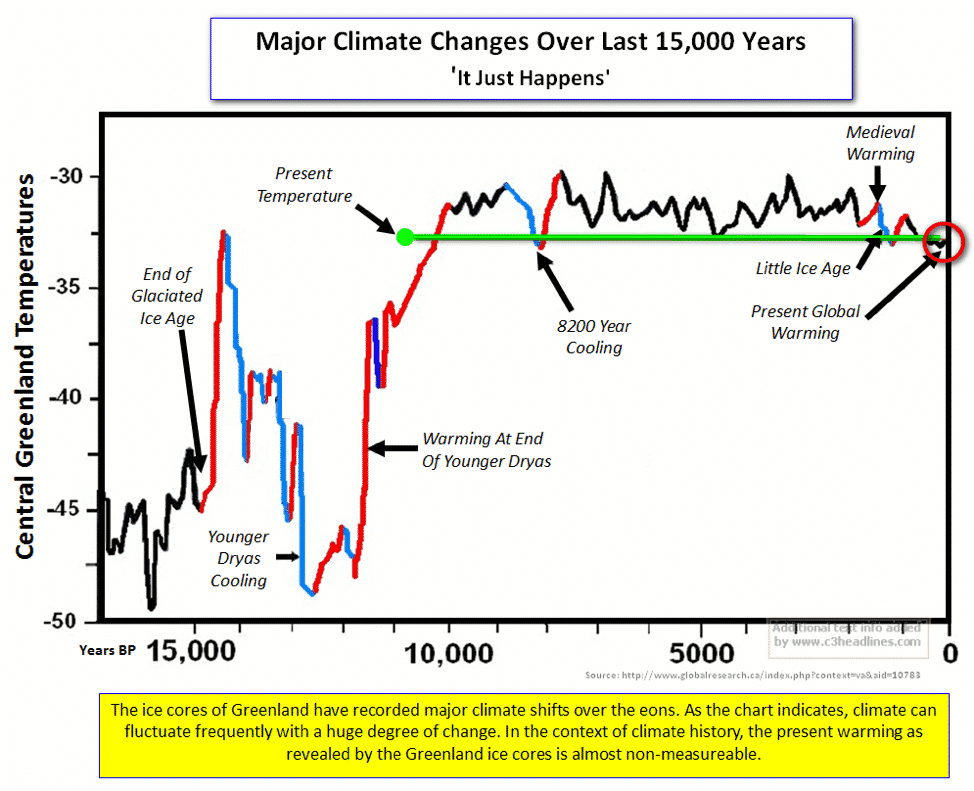 Consider those warm conditions in California today. The Governor should count his blessings that he is governing in a cooler period.

He should also know that he lives in a climate zone defined as ‘Mediterranean.’  It was designated by Vladimir Koppen (1846-1940) who produced the first climate classification system. It is a unique climate zone created by being under the Subpolar Low in the winter and the Subtropical High in the summer (Figure 2). 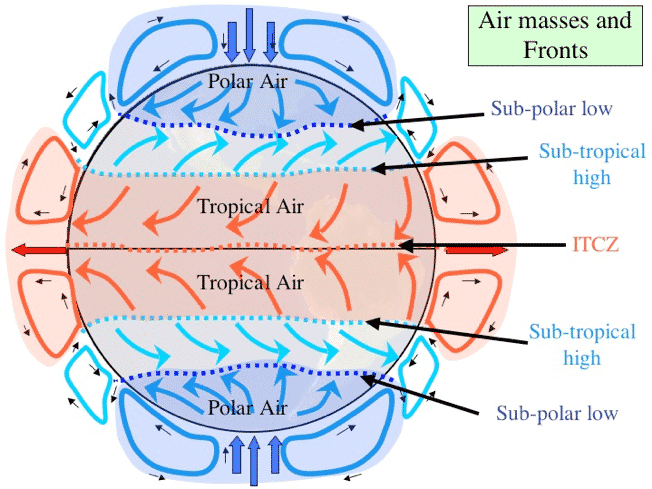 This creates a pattern of cooler wetter winters and hot, dry summers. It is the only climate in the world with most of the precipitation (over 70%) in the winter. There are a few areas around the world that have a similar climate (Figure 3. They all have the same seasonal cycle, similar vegetation, and similar natural disasters. 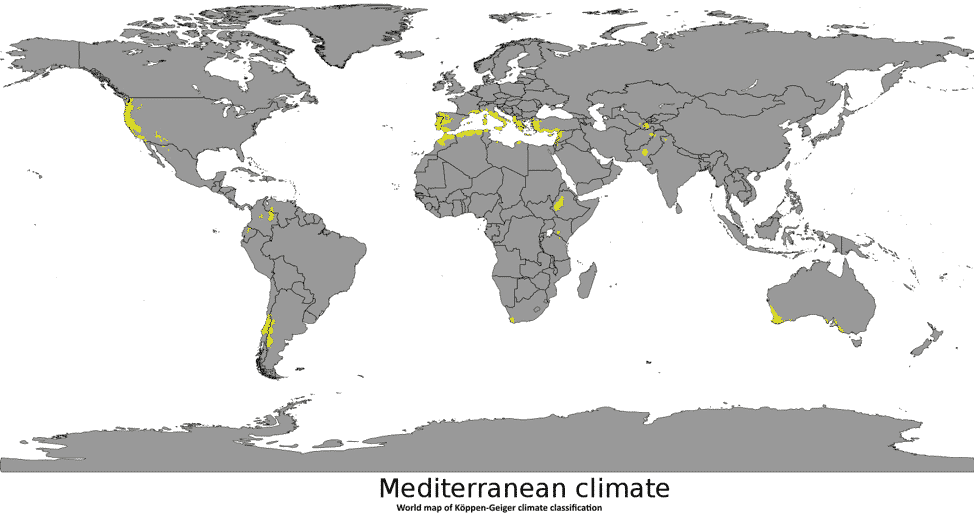 The principal vegetation that develops is a shrubland with thorny summer drought-resistant (xerophytes) bushes. They are unique enough to have names in each of the regions where they occur. In California, it is called Chaparral (Figure 4), while in the Mediterranean it is called Maquis (Figure 5). 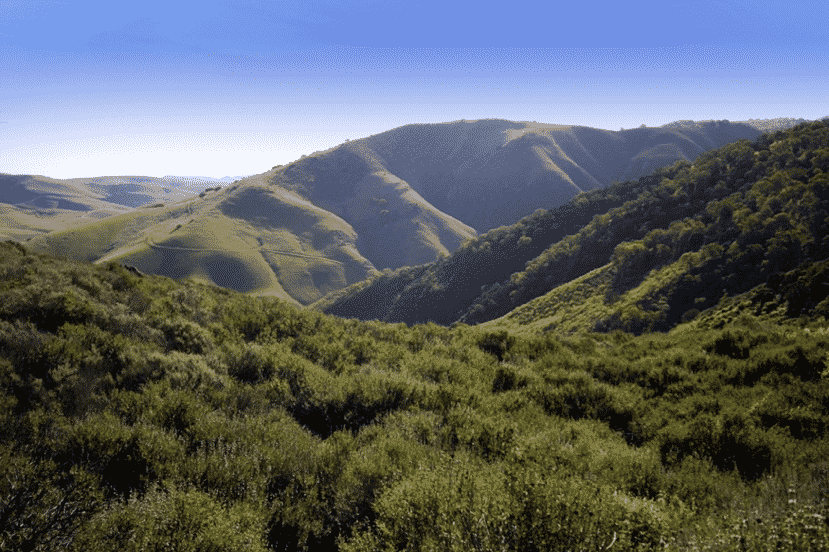 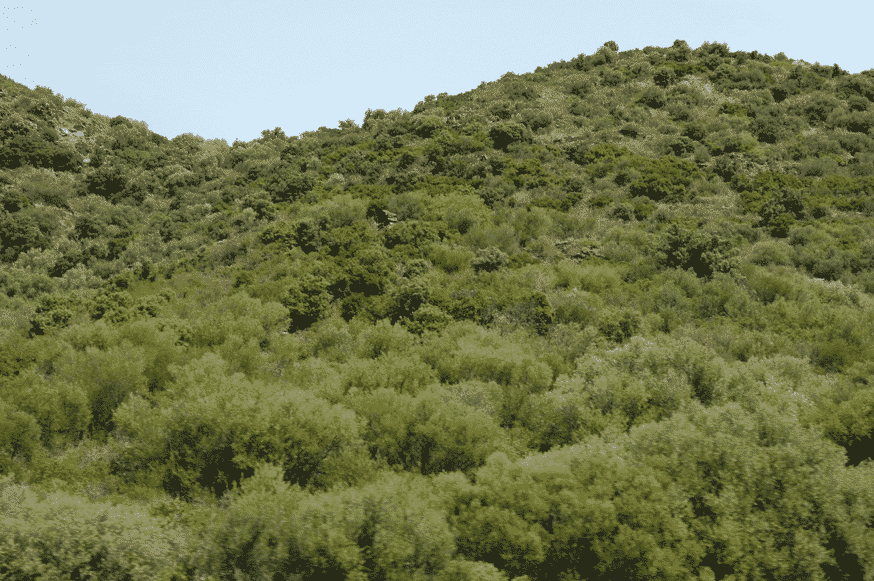 The summers are hot and dry, so any plants that grew in the winter precipitation are designed to withstand drought. However, Because of that, they are scorched by the end of the summer and vulnerable to fire. The primary causes of fire are lightning strikes as the rainy season begins at the end of the summer, and humans setting them deliberately or accidentally. There are fewer fires today than before the Europeans arrived. Figure 6 shows core samples from the ocean off the Pacific coast with land fires recorded in carbon sediment.

In the past, fires would burn unchecked for days even months. There were also extensive grass fires across the Great Plains of America and the Prairies of Canada. Figure 6 is a painting by Paul Kane titled “Prairie on Fire.” They are a natural event that maintains the ecosystem, and some warn that preventing them will lead to other serious problems. It is a big issue in forest management. 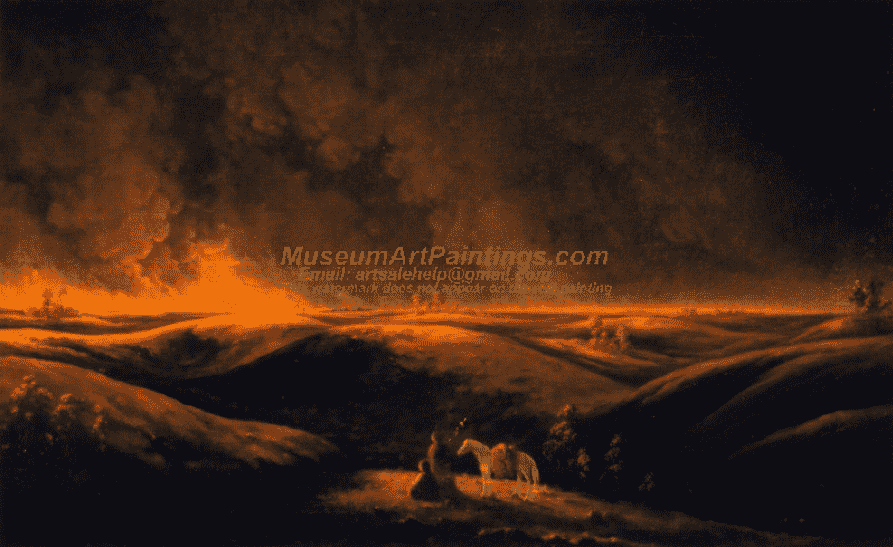 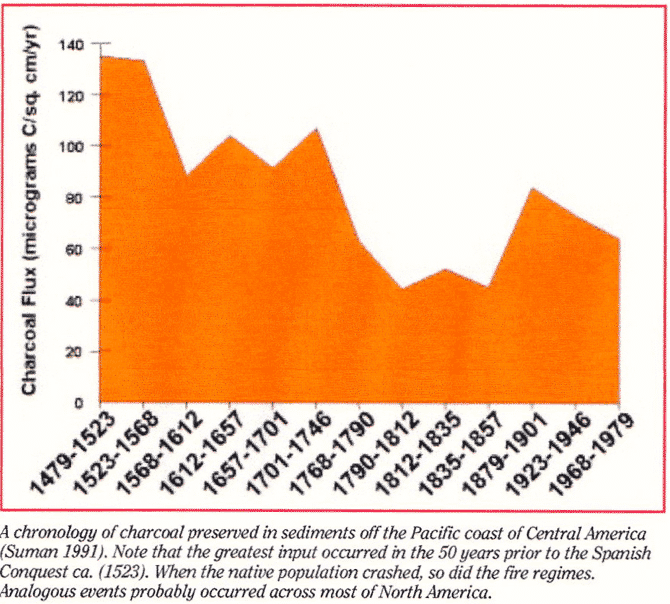 There are two significant reasons for this change. The first is that the ability to locate and fight the fires has improved. The second is the native people are not setting fires to drive the animals for easier hunting. However, the most important thing to note is that fire is both a natural and necessary condition for revitalization in many vegetative types. This is true of the vegetation in all these Mediterranean climate zones. Figure 3 shows the regions of the world that are classified similar to California. Notice that at the time of writing (August 2018) there are major fires in California, Portugal, and Greece.

The next stage in the annual seasonal march is the onset of winter as the Sub-polar Low moves toward the Equator and brings wind and rain. Because of the fires and natural loss of leaves, the soil is exposed to erosion. On slopes normally protected and stabilized by the vegetation, saturated and loose soil causes mudflows (Figure 8). 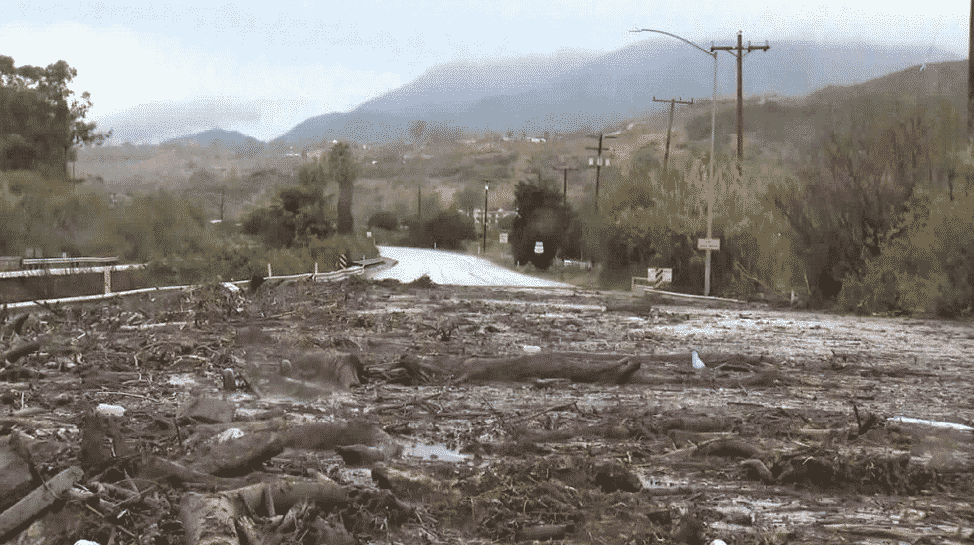 Some people argue that California has the ‘perfect’ climate and there is no doubt that it is a major attraction, but that is a subjective assessment. I know many who moved there and miss the winter. I remember when working in Churchill on the shore of Hudson Bay of Inuit coming from the high Arctic for medical assistance and complaining about the heat.

The reality is that every region has a different climate and different natural risks and hazards. People who live in any region, and certainly those who migrated there, do a great deal of rationalizing to cope with the negative sides of the situation. The cycle of hot, dry summers followed by fires to denude the landscape and expose the soil to erosion followed by mudslides is the natural and normal pattern for California. What they need is a Governor who understands that and doesn’t exploit it for a political agenda. He proves, once again, H. L. Mencken’s statement that,

The whole aim of practical politics is to keep the populace alarmed, and hence clamorous to be led to safety, by menacing it with an endless series of hobgoblins, all of them imaginary.

Good one! So true so true. I found an interactive map over 100 years clima of Australia, the land of draught and flood. Its quite funny you cant find any red or straight line in it. Its completely casual. If we examine the universe, the sun, moon and regulating planets and their constantly changing elipse orbits, it fits well into this total casual weather from lower to higher peaks. In practical terms, if we are farmers, engineers, or fire brigades, we take the low high peaks and add 10% for safety margin, and design our planning hereafter. Thus adapting to… Read more »