Please Share This Story!
PDF 📄
This is the view of an economist in Brazil who also concludes that erroneous computer models and incessant media hype are the primary reasons the world was sucker-punched into destroying its economic and financial systems.

TN has written that although the COVID-19 virus is real and dangerous, it is far from being a death sentence. A very large percentage of people who contracted the virus have fully recovered and many never exhibited any symptoms at all.

When Sustainable Development alarmists took control over the pandemic narrative, the UN’s long-held goal of destroying Capitalism and Free Enterprise became apparent, and this is the exact trajectory that the world is on today. The only solution being offered is Sustainable Development, aka Technocracy! ⁃ TN Editor

Anyone with some basic knowledge in mathematical modeling who had taken a look at the structure of the “Imperial College”-model would have noted the faults of this approach and its exaggerations. The model’s prognosis that the United Kingdom would have to count with more than half a million deaths and a complete overload of its health system reversed the British government’s earlier decision to use prudential surveillance and specifically targeted intervention and to shift to the full-control strategy, which required massive intervention into the public and private life of the nation. The leaders of other countries that were somewhat still in doubt jumped on the bandwagon and the march into a tyrannical State was programmed.

It was too late when the authors of the model finally revised their original estimate from 500 thousand to 20 thousand and later on lowered this number even more. The governments had already set into motion their emergency plans.

After declaring the coronavirus a pandemic by the World Health Organization (WHO), agendas that had been prepared years ago were set into motion and the state agencies followed the procedures that were prescribed by the International Health Regulations (IHR) as the international legal instrument that is binding on 196 countries across the globe, including all the Member States of WHO.

Even now, months after the outbreak of the virus, the true size of the threat remains unclear. The quantitative basis is still too small to make a reliable projection.

If the modelers and the responsible government bodies had looked at the basic numbers instead of elaborating an apparently sophisticated model, they would have noticed that there has been no noticeable rise of the death rate. A look at the overall death statistics shows flat lines with fluctuations within its natural range. Even in Italy, there has not yet been a higher number of deaths than usual in the past couple of months. In absolute numbers, the death count is actually slightly down because of the seasonal factor that wintertime is over. 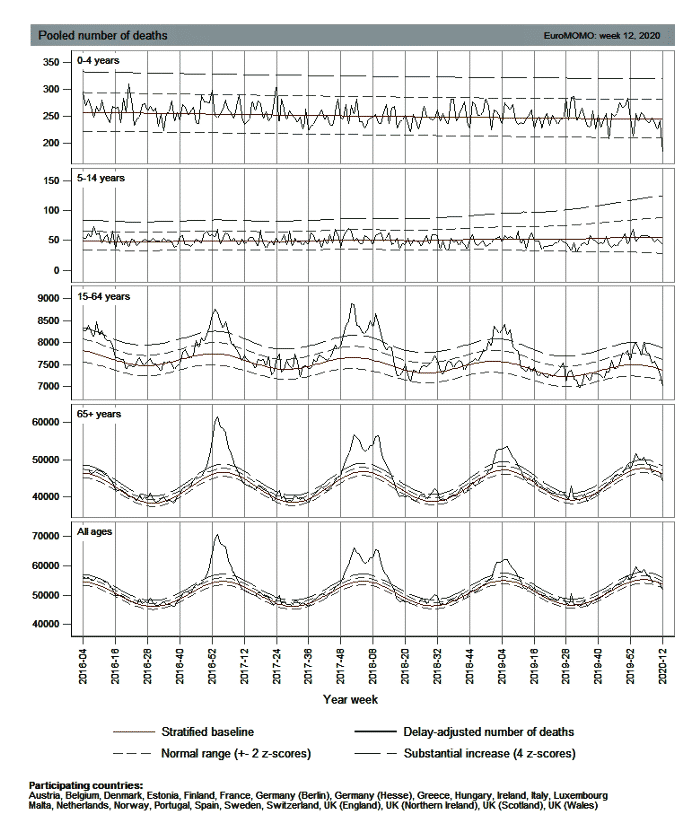 The point to note is that there has been an increased mortality rate in specific areas of Italy yet in relative terms the heightened frequency of deaths is not strong enough to show up in the national statistics. The epicenter of the virus outbreak in Italy is concentrated in its Northern part and there in specific cities. The overall reported death toll of COVID-19 does not appear in a significant measure beyond earlier peaks. (Figure 2). 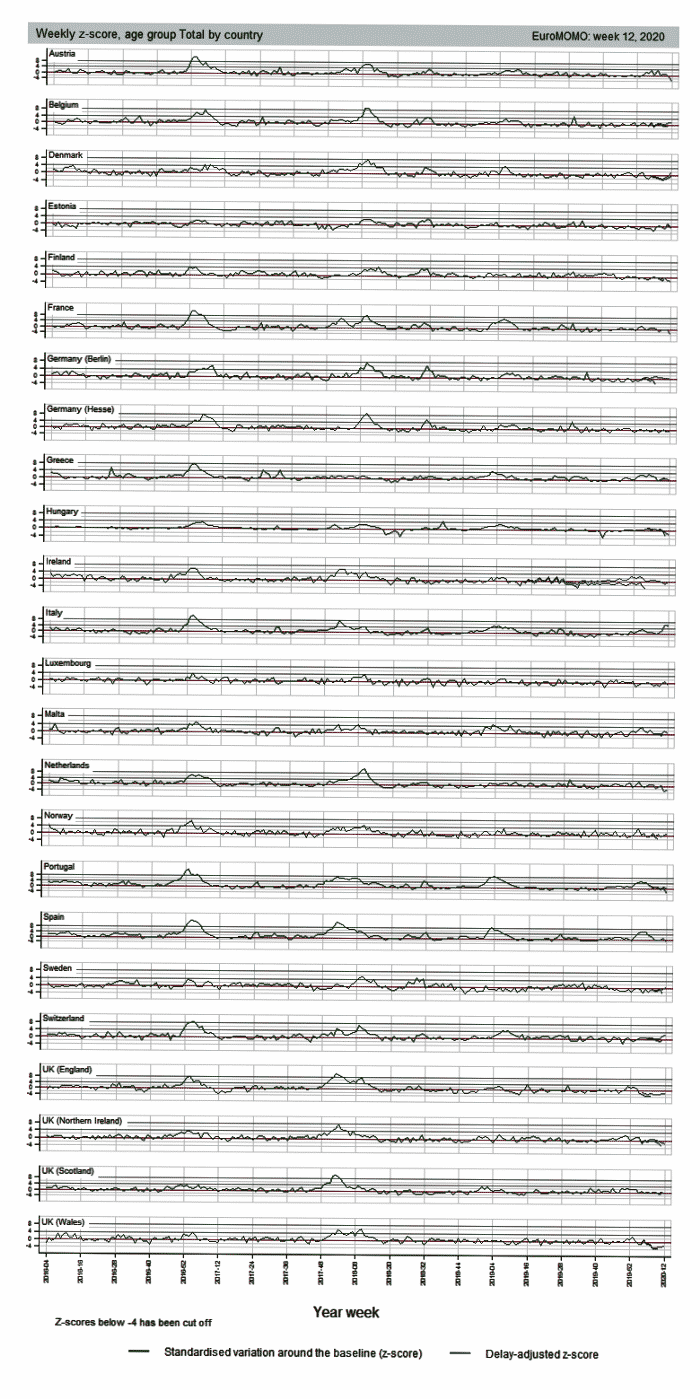 What makes the coronavirus crisis special is not the number of deaths but the reaction to the outbreak. Out of fear that the epidemic would get out of control and that the health care systems would be over-fraught with cases, governments in Europe, the United States and in many other countries implanted measures to ward off the spread of the coronavirus.

The amazing thing with the reaction is how in unison this was done and how drastic the measures are. When the WHO triggered the alarm bell, governments that had treaties in place to act according to pre-established plans in the case of declared “pandemic” virtually locked-up large parts of the population of whole countries and brought their economies to a standstill. As a consequence, many people suffer from paranoia because of the existential fears that come when economically active people see the source of their incomes vanish and the elderly have to watch how the savings in their pension accounts melts down or when getting sick are put away to eventually die alone in a hospital because visits even of their close relatives are prohibited.

If there had been no media hype about the coronavirus and if the governments had not resorted to drastic measures in foolish obeyance and submission to the commands by the World Health Organization, hardly anyone beyond some specialists probably would have noticed the coronavirus. Mutations of viruses happen all of the time and most of them do not do more harm than the influenza virus. The family of coronavirus is very large and its existence has been known since the 1960s.

Antony P. Mueller, PhD is a German professor of economics who currently teaches in Brazil.