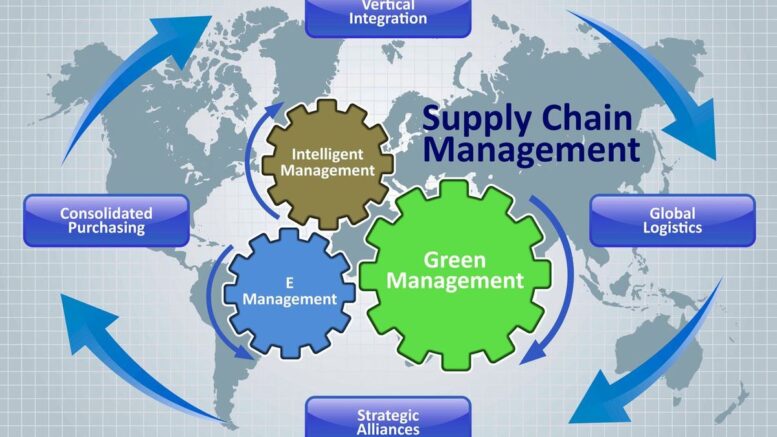 Posted By: Jim Rickards via The Daily Reckoning January 10, 2022

Before you cheer at the death of modern globalization, realize that it is intentionally being murdered in order for the Great Reset, aka Technocracy, to rise up out of the ashes. ⁃ TN Editor

Supply chain disruptions have not been resolved, and it’s not clear when they will be. You’re seeing the effects of these disruptions at the store in the forms of shortages and higher prices.

Yet the supply chain is a subject that very few are familiar with beyond a superficial acquaintance.

There isn’t a single good or service of any kind that does not arrive through a supply chain. Not one.

If the global supply chain is broken, then the global economy is broken. That increasingly appears to be the case.

The supply chain difficulties will grow worse. Even more troubling is the fact that the remedies will take years and sometimes decades to implement.

The reasons for this have to do with long lead times in implementing onshoring. For example, the U.S. can cut its dependence on Asian semiconductor imports by building its own semiconductor fabrication plans (fabs).

The problem is that these plants take from three–five years to build, and the scale needed is enormous.

There are impediments to supply chain recovery that are not directly related to particular supply chains that nonetheless hurt the process of adaptation and substitution.

For example, there’s already a labor shortage in America. The causes are complicated.

There’s no literal shortage of potential workers, but many workers prefer to stay home because of some combination of government benefits, child-care responsibilities or inadequate pay offered by employers (who can’t afford to pay more themselves because they’ll go out of business).

A lot of this labor shortage centers on lower-wage jobs such as waiters, store clerks, fast-food staff and office assistants. But there will be a labor shortage coming soon in more high-skilled areas such as engineers, pilots, machinists and medical personnel.

This shortage will not be due to low pay, but to vaccine mandates.

President Biden has ordered that all federal contractors must be fully vaccinated by Jan. 18, 2022. (That’s in addition to federal workers and the military who are already subject to vaccine mandates and have no choice).

It’s even lower in some specialties such as avionics.

These workers know the vaccine is available, understand the risks (both ways because of side effects) and have chosen not to be vaccinated. It’s almost impossible to change their minds at this point.

Though the courts have blocked the mandate, the Biden administration is not backing off. The federal contractor workforce is huge, in the millions. We expect a massive wave of resignations and terminations among highly skilled workers if the administration gets its way.

Professionals and high-value-added blue-collar workers from Boeing to Textron and hundreds of thousands of other firms will be fired or will quit.

The U.S. economy is already weak. The supply chain is already in disarray. This mass termination of skilled contractors could put the economy into a recession.

Some analysts have even suggested that the global supply chain is being sabotaged by major participants such as China to hurt Western economies for geopolitical reasons.

It’s difficult to tell if the supply chain is being intentionally sabotaged or whether it’s just collapsing under its own weight. Possibly both.

In a way, it doesn’t matter because anything as complex and as highly scaled as the global supply chain will always collapse; it’s just a question of when.

For 30 years, the goal of supply chain management has been efficiency, usually defined as the elimination of redundancy, inventory and latency (more on that below). That’s fine in the short run but it results in a system that is brittle and has no tolerance for even small disruptions.

The nature of complex systems is that small causes have tremendous impacts to the point of total collapse.

It is possible that one or more parties chose to disrupt the system intentionally without realizing how vulnerable the entire system really was. This combination of intentional acts and unintended consequences is a staple of history, including the outbreak of World War I.

Once the implosion begins, it’s very difficult to stop.

History is proof. The World Roman Empire ruled until it’s fall, but it was not completely broken. Jesus came during the Roman World Government to die for the sins of all who accept him as their Savior. The Bible foretells us that there will be a one world government again just before Armageddon with lasts 7 years, (the book of Revelation) then Jesus will come back and destroy the One world Government and the One world religion headed by the Roman Catholic Church which encompasses all religions and even former which is Babylon the great. It is interesting that the… Read more »

[…] Rickards: The Supply Chain Is The Global Economy […]

You wrote “Before you cheer at the death of modern globalization, realize that it is intentionally being murdered in order for the Great Reset, aka Technocracy, to rise up out of the ashes”. QUESTION: Does not Technocracy require it’s own version of a supply chain? Why would Technocrats destroy the existing supply chain only to replace it with another one? Why not just hijack the current one for their own ends– a soft coup? In effect… a little bit of reset a bit-at-a-time instead of great one?

All they are doing is letting the car run out of gas by shutting down trade. The car doesn’t disappear and can be restarted when gas is added back into the tank.

Patrick: “The car can be restarted…” Me: But earlier in your intro you compared globalization to a “living body”, the supply chain is a “cardiovascular system” and “intentional murder”… so I wonder if we’ve got mixed metaphors here. Technocrats might be “machine-economy thinkers” if they think the “car can be restarted” but WE know the economy is more of an “organic-economy” that can be “killed”. The illustration above shows “gears” but your into refers to life. Maybe our way out of this is partly to point out that mixed metaphor? I was frankly horrified when Trump thought he could “shut-down-the-economy-for… Read more »

yes, he should have. He knows better.

It’s possible that Technocrats are simply mistaken in viewing the economy as a car… a machine… as the illustration above has “gears”. Your introduction above refers to an economy as an organism. An economy is “more-like-an-organism” and can no-more-be “shutdown-for-2-weeks” let alone 2 years… than someone can be asked to “stop-breathing” for 2 minutes– or 2 months. They have it all fundamentally wrong– and it’s very simple:…. the economy is NOT “like” a machine.

Right. It is not a machine and does not respond well in being treated like one.

[…] Rickards: The Supply Chain Is The Global Economy […]