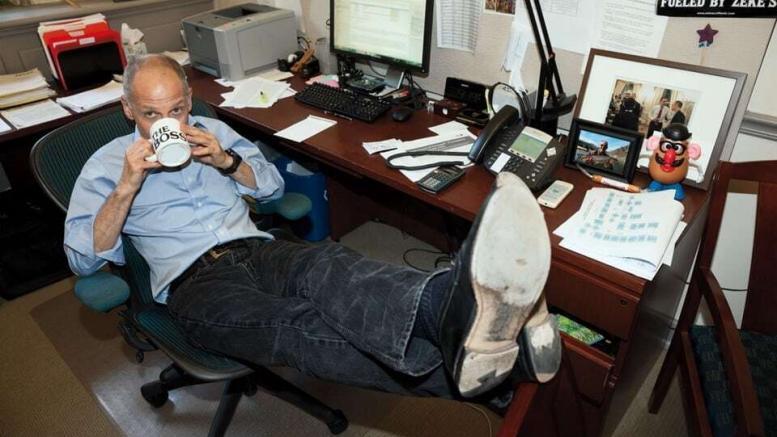 Technocrats like the Emanuel brothers operate within both political parties, not because they are Democrat or Republican, but because the political machinery allows them to perpetuate themselves and their policies. ⁃ TN Editor

If Joe Biden is elected president in November, oncologist and bioethicist Ezekiel Emanuel, the former vice president’s chief campaign health-care adviser, will almost certainly control the new administration’s health policies, perhaps even as secretary of health and human services. That is bad news. Emanuel was a prime architect of the Affordable Care Act, or Obamacare, and remains one of the law’s most enthusiastic apologists. Readers may also recall his infamous 2014 article in The Atlantic, where he wrote that he wants to die at age 75 — implying that we should too — because people after that age become “feeble, ineffectual, even pathetic.”

That ageist piece is the least of it. More worryingly, Emanuel is a technocrat’s technocrat who believes that the government that governs health care most governs it best. Toward that end, he wants to erect an all-encompassing medical technocracy in which the federal government, as decided by “experts,” dictates universal standards of care, establishes prices of physician and institutional compensation, and forces doctors and other health-care professionals to provide controversial services to which they are religiously or conscientiously opposed.

This is not a matter of conjecture. During his long career, Emanuel has been personally involved in, or opined about, the most important health-care controversies of our times — meaning that one need not have prophetic powers to discern the policies he would impose on the country.

Single-Payer Health Care
Emanuel clearly believes in single-payer health care. Yes, he has expressed “doubts” about current Medicare for All proposals — while claiming that “unaffordability is not a reason to oppose it.” And it is true that Obamacare’s centralization of our health-care system that he helped gestate maintained a quasi-market approach.

But do not be fooled. Back in 2009, in an interview with PBS, Emanuel proposed a federal voucher system that would replace employer, union, or private individual polices with coverage determined by the federal government:

Our proposal is for universal healthcare vouchers. It’s a plan where everybody in America gets a voucher to buy health insurance from an insurance company or health plan or a managed care organization. And they get a basic benefits package. If they want to buy more, . . . they can pay more and they can buy up.

“Basic benefits packages” sounds constrained. But as we saw with Obamacare, required “basics” can easily balloon or be wielded as a cudgel to force social change — as in trying to force Catholic nuns to pay for contraception.

It is also worth noting that Emanuel allowed no means of escaping the federal voucher system, telling the interviewer that “every insurance company would, to participate [i.e., to enroll purchasers], be required to take the voucher.” Predictably, he also envisioned a bureaucratic “national health board” to determine premiums that “the 50 or 60 plans [remaining] throughout the country” could charge.

Emanuel has extolled Obamacare’s Independent Payment Advisory Board (IPAB), describing it as “a group of smart men and women who know about health care” and issue Medicare cost-controlling “recommendations that have to go into effect unless Congress votes no.” In reality, IPAB was much more powerful than that, and indeed, perhaps the most dangerously technocratic system ever enacted in American history. Perhaps that is why it was repealed in 2018 by a bipartisan vote.

Even though IPAB is dead, it is worth reviewing the extra-constitutional powers with which it was endowed. The board’s “recommendations” would be more accurately described as mandates. When Medicare expenses were projected to rise above a given amount, IPAB was required to submit to Congress a cost-cutting proposal that, without change by House and Senate majority leaders, would be introduced as enabling legislation. Without a three-fifths majority (60 votes) of the Senate, Congress was prohibited from considering any legislation or amendment that did not meet IPAB financial targets.