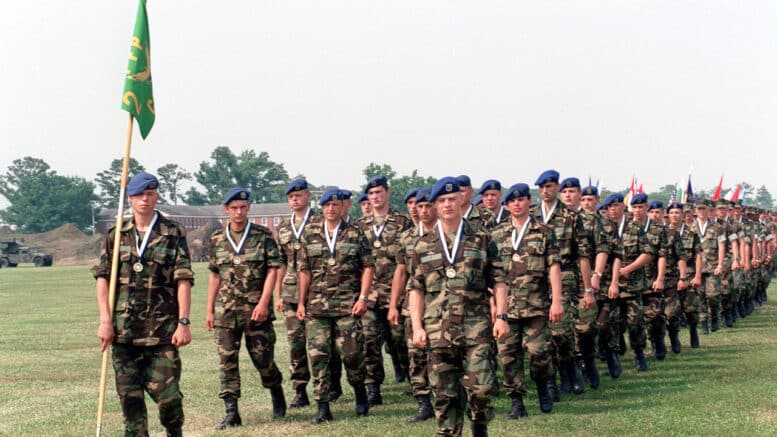 Please Share This Story!
PDF 📄
A new view on accelerated censorship during the Biden Administration has come into focus as Facebook slams any criticism of Biden’s Executive Order on transgenderism by suspending accounts for violating “Community Standards on violence and incitement.” ⁃ TN Editor

On Tuesday, Facebook suspended Robert A.J. Gagnon, a prominent Christian scholar on the topic of Bible sexuality, for 7 days. His crime? Speaking out against transgender ideology and President Joe Biden’s new transgender military policy. Facebook claimed that Gagnon’s criticism of this government-imposed ideology violated the platform’s “Community Standards on violence and incitement.”

Ironically, Gagnon’s post drew attention to Facebook’s suspension of his friend, Laurie Higgins, who got a 7-day ban for criticizing Biden’s policy.

“There was absolutely no incitement to violence on our part. We abhor violence done to any person,” Gagnon told PJ Media on Tuesday. “This is just a thinly veiled and pathetic excuse for censorship of any critical views toward trans-tyranny over our consciences, religion, and reason.”

“Only one point of view is being allowed,” he added, ominously. “Trump was not the great danger to the Republic. Left-wing canceling is.”

Gagnon, who holds a Ph.D. in Pauline theology and sexuality from Princeton Theological Seminary, has published “The Bible and Homosexual Practice: Texts and Hermeneutics.” He teaches as a professor of New Testament Theology at Houston Baptist University.

My friend Laurie Higgins has been suspended for 7 days, for making an accurate and witty satirical post, by left-wing FB overlords who seek to squash all dissent on the issue of transgenderism, no doubt emboldened by the Biden/Harris administration. There’s nothing inaccurate about this post.

Gagnon sent PJ Media a photo of Facebook’s notice, warning that his post violated the site’s “Community Standards on violence and incitement.” 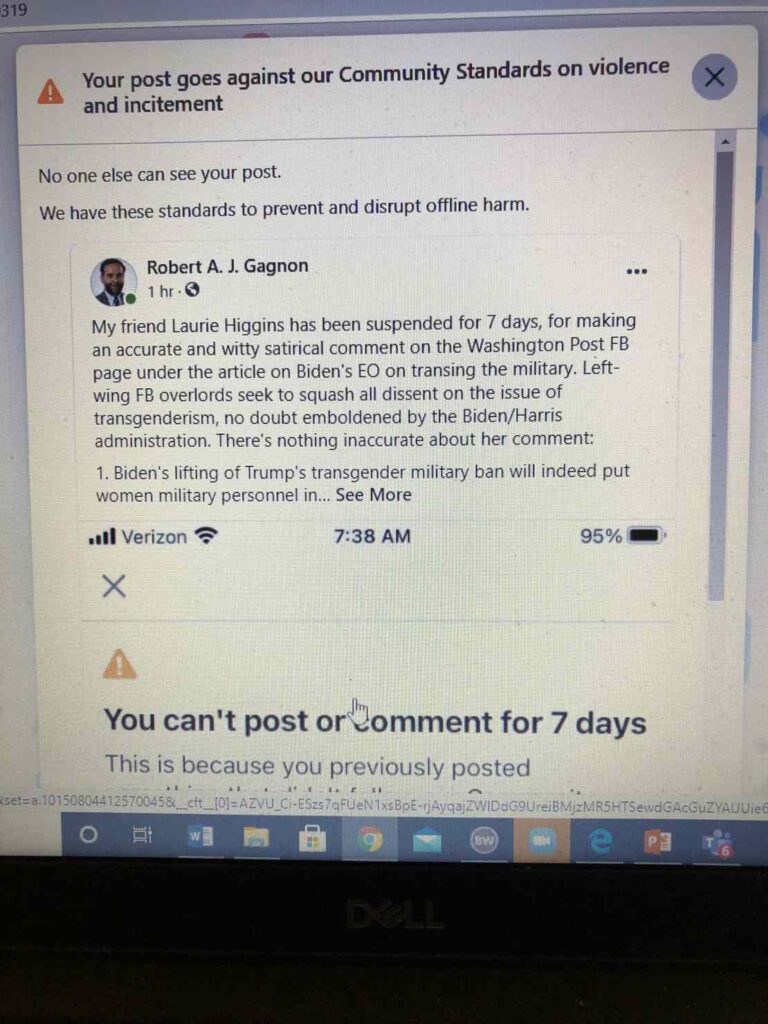