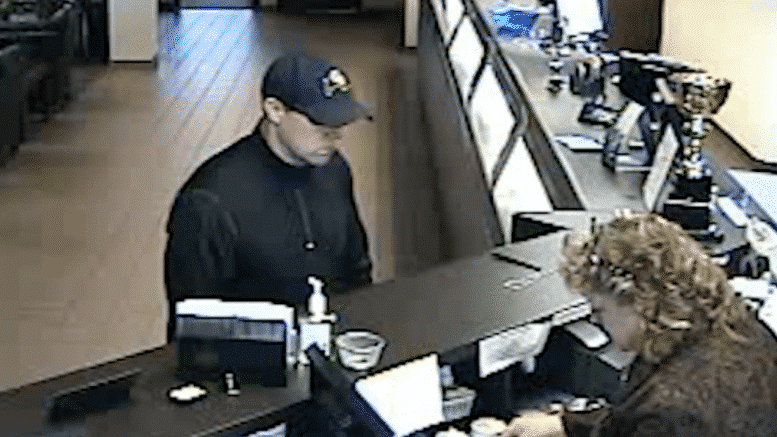 Technocrats pushing technical solutions for crime are not as smart as they think they are, and the rights of citizens can be turned into tyranny. ⁃ TN Editor

It was just after sundown when a man knocked on Steve Talley’s door in south Denver. The man claimed to have hit Talley’s silver Jeep Cherokee and asked him to assess the damage. So Talley, wearing boxers and a tank top, went outside to take a look.

Seconds later, he was knocked to the pavement outside his house. Flash bang grenades detonated, temporarily blinding and deafening him. Three men dressed in black jackets, goggles, and helmets repeatedly hit him with batons and the butts of their guns. He remembers one of the men telling him, “So you like to fuck with my brothers in blue!” while another stood on his face and cracked two of his teeth. “You’ve got the wrong guy,” he remembers shouting. “You guys are crazy.”

Talley was driven to a Denver detention center, where he was booked for two bank robberies — the first on May 14 and the second on September 5, 2014, 10 days before his arrest — and for assaulting an officer during the second robbery.

After surveillance camera images of the September robbery were publicly distributed, three of Talley’s acquaintances called in with tips to the police hotline, noting similarities between Talley’s appearance and the robber’s. A detective then showed photographs of both the May and September robber to Talley’s estranged ex-wife. “That is Steven,” she told him. “That is my ex-husband.”

The identifications justified Talley’s detention, even though he claimed he had been at work as a financial adviser for Transamerica Capital when the May robbery took place. Talley said he was held for nearly two months in a maximum security pod and was released only after his public defender obtained his employer’s surveillance records. In a time-stamped audio recording from 11:12 a.m. on the day of the May robbery, Talley could be heard at his desk trying to sell mutual funds to a potential client. Nine miles north, a white male wearing a black baseball cap, red athletic jacket, white shorts, and black sneakers entered a U.S. Bank, where he threatened the teller, hid $2,475 in his shirt, wrestled with an off-duty officer, and jumped down a flight of 10 stairs to the parking lot. At the same time as Talley was trying to close a deal, parking lot surveillance tapes show the robber tumbling with the officer, escaping his grip, and jogging away.

Talley was released in November, and the charges were apparently dropped. In the months that followed, a series of medical exams revealed that Talley had sustained several injuries on the night of his arrest, including a broken sternum, several broken teeth, four ruptured disks, blood clots in his right leg, nerve damage in his right ankle, and a possibly fractured penis. “I didn’t even know you could break a penis,” he told me.

But while voice recordings had exculpated Talley, an appeal to other, seemingly objective markers of his identity would soon be used to implicate him again. Nearly a year after his release from jail, Talley was arrested a second time on December 10, 2015, and charged with the aggravated bank robbery that had taken place the morning of September 5, 2014.

This time around, Denver prosecutors obtained what looked like damning forensic evidence of their own. The detective assigned to Talley’s case, Jeffery Hart, had requested that an FBI facial examiner manually compare stills from the banks’ grainy surveillance videos to several pictures of Talley — a tall, broad-shouldered white man with short blond hair, mild blue eyes, and a square jaw.

The FBI analysis concluded that Talley’s face did not match the May robber’s, but that he and the September robber shared multiple corresponding characteristics, including the shape of the head, chin, jaw line, mole marks, and ear features. “The questioned individual depicted” in the September images, the report concluded, “appears to be Talley.”

Except that it wasn’t. Again.

Steve Talley is hardly the first person to be arrested for the errors of a forensic evaluation. More than half of the exonerations analyzed by the Innocence Project have involved cases where forensic experts cited flawed or exaggerated evidence, and in 2009 a landmark paper by the National Academy of Sciences stated what many had long suspected: Apart from DNA testing, no other forensic method could reliably and consistently “demonstrate a connection between evidence and a specific individual or source.”

The report launched the forensic science community into a crisis of interpretation, with many questioning whether its methods should be deemed “sciences” at all. Last year, the FBI announced that virtually all of its hair analysis testimony had been scientifically indefensible, while the Texas Forensic Science Commission recently recommended banning bite-mark evidence from court. In September, the President’s Council of Advisors on Science and Technology issued a report that firmly concluded that forensic techniques relying on visual patterns fell short of scientific standards and relied on the subjective opinions of law enforcement.

But while the accuracy of other visual, pattern-matching methods like blood-splatter analysis has been subject to vigorous public debate, the fallibility of facial comparison, or facial identification, has received less attention.

This may be because comparing facial images can seem like an easy or even intuitive task. “We assume, wrongly, that we are good at recognizing faces,” said David White, an Australian psychologist who researches facial perception. In reality, however, we are for the most part terrible at comparing photographs, video stills, and composite images of unfamiliar faces — and this remains the case even with high-quality, full frontal images.

The photographs of Talley and the suspects were sent to the FBI’s Forensic, Audio, Video and Image Analysis Unit, where trained forensic examiners manually compare points of similarity between faces to help investigators confirm or eliminate the identities of potential suspects. After selecting frames from the video, they work back and forth between evidence from the crime scene and images of their suspect to develop a conclusion regarding the type and number of similarities.