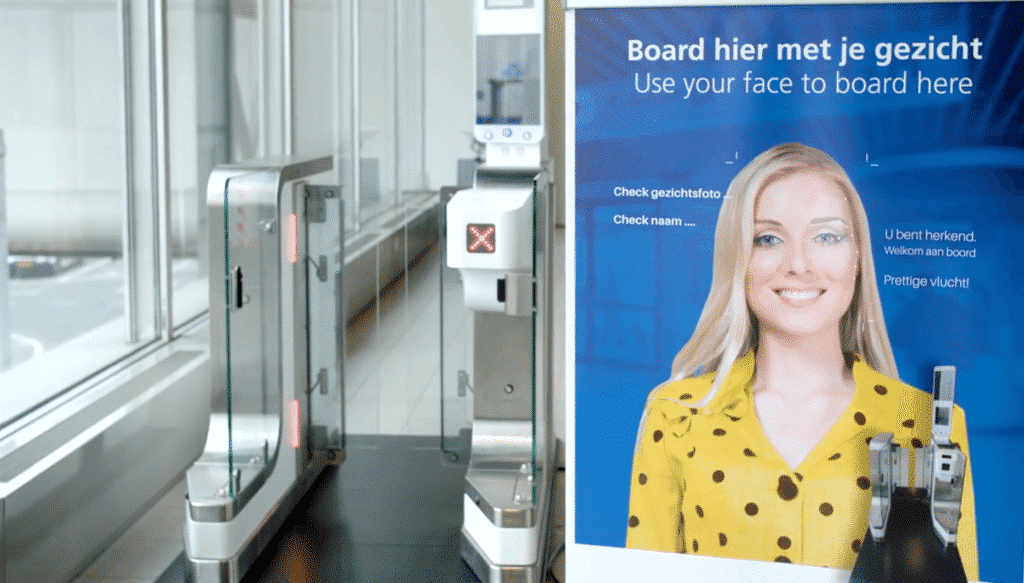 Soon, it may be hard for visa holders to board an international flight without submitting to a facial geometry scan. The TSA began testing facial recognition systems at Dulles Airport in 2015, then expanded the tests to New York’s JFK Airport last year. Face-reading check-in kiosks will be appearing at Ottawa International Airport this spring, and British Airways is rolling out a similar system at London’s Heathrow Airport, comparing faces captured at security screenings with a separate capture at the boarding gate. Now, a new project is poised to bring those same systems to every international airport in America.

Called Biometric Exit, the project would use facial matching systems to identify every visa holder as they leave the country. Passengers would have their photos taken immediately before boarding, to be matched with the passport-style photos provided with the visa application. If there’s no match in the system, it could be evidence that the visitor entered the country illegally. The system is currently being tested on a single flight from Atlanta to Tokyo, but after being expedited by the Trump administration, it’s expected to expand to more airports this summer, eventually rolling out to every international flight and border crossing in the US.

US Customs and Border Protection’s Larry Panetta, who took over the airport portion of the project in February, explained the advantages of facial recognition at the Border Security Expo last week. “Facial recognition is the path forward we’re working on,” Panetta said at the conference. “We currently have everyone’s photo, so we don’t need to do any sort of enrollment. We have access to the Department of State records so we have photos of US Citizens, we have visa photos, we have photos of people when they cross into the US and their biometrics are captured into [DHS biometric database] IDENT.”

Some form of Biometric Exit has been discussed for decades, but it’s only recently that facial recognition emerged as the method of choice. Customs and Border Protection agents currently take photographs and fingerprints from every visa holder entering the country, but there are no similar measures to verify someone has left the country before their visa expires. Homeland Security estimates that roughly half a million visitors to the US overstay their visas each year — but without a verifiable exit process, the government has no way to determine how many visitors are actually overstaying or who they are.

Biometric Exit would close that loop, giving CBP agents verifiable biometric proof that a given US visitor has left the country. The most recent proposal was set in motion by former DHS chief Jeh Johnson, who planned for a rollout by the beginning of 2018 — but President Trump has sped up that process, making the program a central part of his aggressive border security policy. The president’s executive immigration order on January 27th — best known for suspending all visitors to the US from seven majority-Muslim countries — also included a clause expediting biometric exit, with three progress reports to be made over the next year. A revised order in March contained the same language, and while both orders have been stayed by federal court, the biometric exit system remains one of the new administration’s top priorities for CBP.