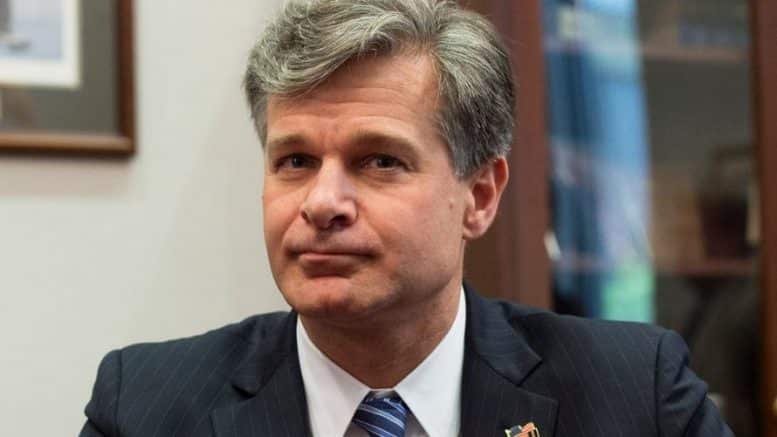 China is completely intentional about everything it does to gain foreign influence, and its whole national apparatus is focused solely on gaining foreign influence. Espionage, hacking, Confucius Institutes, trade (companies like Huawei), etc. To a Technocrat mind, efficiency and persistence are supreme and every action has a purpose. ⁃ TN Editor

FBI director Christopher Wray reiterated a commonly held view on Tuesday that China is seeking to become a global superpower through unconventional means — but framed the threat China poses to the US as not just a governmental one, but as a societal one, too.

Speaking before the Senate Intelligence Committee alongside the heads of other US intelligence agencies, Wray told Senators that China is using a host of methods to undermine American military, economic, cultural, and informational power across the globe that rely on more than just China’s state institutions.

“One of the things we’re trying to do is view the China threat as not just a whole of government threat, but a whole of society threat on their end,” Wray said, “and I think it’s going to take a whole-of-society response by us.”

Director of National Intelligence Dan Coats expressed a similar sentiment after Sen. Marco Rubio asked him about China’s plans to overtake the US as the world’s supreme world power.

Coats said multiple agencies are conducting “intensive studies” to understand the ways China is looking to carry out its global agenda.

The double-edged sword of open academics

Wray pointed to China’s use of unconventional intelligence sources as an example of its reach.

He said “collectors” — what the intelligence community calls people who collect intelligence on behalf of agencies or governments — had infiltrated US universities.

“I think in this setting, I would just say that the use of nontraditional collectors — especially in the academic setting, whether it’s professors, scientists, students — we see in almost every field office that the FBI has around the country,” Wray said.

“They’re exploiting the very open research-and-development environment that we have, which we all revere, but they’re taking advantage of it,” Wray said, adding that there was a “naiveté” among academics about the risks posed by foreign nationals at US universities.

The Institute of International Education found that US universities admitted more than 1 million international students in the 2015-16 school year, nearly 329,000 of which were Chinese students.

While there is no evidence that a large number of Chinese students or academics at US universities poses a threat to US interests, the Chinese government uses several education efforts as vehicles for soft power.

One is the Confucius Institutes, which Rubio alluded to during the Senate hearing.

These institutes mirror many other foreign-language-education entities that countries fund around the world, but with a couple of caveats. Rather than existing as standalone bodies, they are inserted into universities in the US and elsewhere. And Foreign Policy reported last year that though their mission is to promote cultural diplomacy, they disseminate Chinese propaganda and restrict what professors teach.