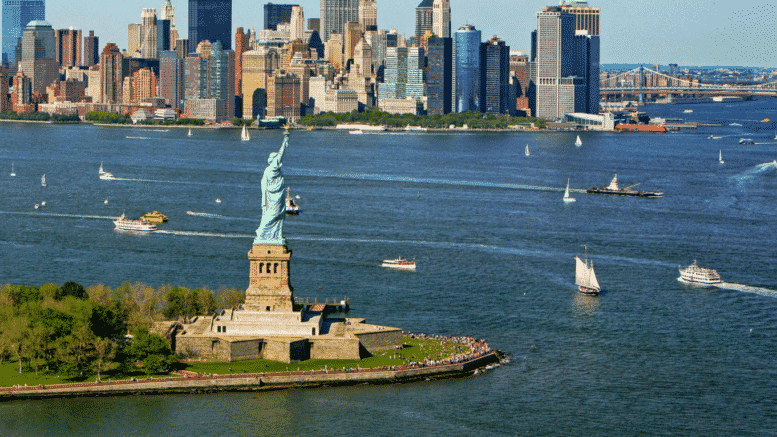 A federal judge has blocked the state of New York from forcing medical workers to be vaccinated after a group of healthcare workers sued the state, including the governor, the health department, and others, claiming their constitutional rights were violated.

Judge David Hurd in Utica issued the order on Tuesday. Several litigants, including doctors and nurses, claimed their First Amendment rights were violated by a vaccine mandate, which does not allow for religious exemptions.

For the last seven weeks, New York radio talk show host Shannon Joy has been rallying the medical community in Rochester and huge groups of health professionals have been marching outside the University of Rochester Medical Center every week, speaking out against what they say is medical tyranny in the form of vaccine mandates.

According to the lawsuit, “The plaintiffs herein are medical professionals whose sincere religious beliefs compel them to refuse vaccination with the available COVID-19 vaccines, all of which employ aborted fetus cell lines in their testing, development, or production.”

No one should be forced to be vaccinated against their will both because of the constitutional right to refuse treatment, and pragmatically because forced vaccination will deter at least some people from seeking medical help when they need it.” “Following this flawed logic, several state-based proposals have sought to address any ‘public health emergency,’ … [by] resort[ing] to punitive, police-state tactics, such as forced examinations, vaccination and treatment, and criminal sanctions for those individuals who did not follow the rules.” -The American Civil Liberties Union in 2008

On August 23, 2021, the People of the State of New York were definitively rescued from the nearly eighteen-month-long medical dictatorship of ex-Governor Cuomo, who resigned in disgrace and forfeited the Emmy Award for his press conference “performances” as the savior of New York from the coronavirus.

Ouch. That stings. But even better are the next few paragraphs outlining the idiotic response to COVID that New York has suffered, including the horrific deaths of nursing home residents, which did not have to happen.

The legacy of Cuomo’s medical dictatorship was the second highest COVID death rate per 100,000 in the country—with New Jersey in first place under the equally draconian and still-ongoing medical dictatorship of Governor Murphy.  There is an ongoing FBI investigation into official concealment of the 15,000 COVID deaths caused by Cuomo’s order to return COVID-positive patients to nursing homes after their discharge from the hospital. On June 25, 2021, two months before his last day in office, Cuomo finally rescinded his declaration of a “State disaster emergency”—fifteen months after it was issued— along with all the executive orders that followed. There is no longer a public health emergency in the State of New York. Despite the incessant media fearmongering over the “Delta variant” and now the “Mu variant,” on September 7, 2021, only 47 deaths out of a state population of almost 20,000,000 could be attributed (however loosely) to the virus.

This lawsuit pulls no punches.

The end of the Cuomo administration, however, has apparently not been accompanied by any institutional awareness of the failure of his policies to improve the lot of New Yorkers during the pandemic as compared to virtually every other State in the Union. On the contrary, the defendant Health Commissioner, Howard A. Zucker, and Cuomo’s successor as Governor, defendant Governor Kathy Hochul (Hochul), continue to behave as if the “disaster emergency” had never ended—and never will end.

As a resident of New York, I can assure you this is true. Not only do they pretend we are still in a state of emergency, but the leadership here is also arresting moms for not masking, even when there is no mask mandate. The New York government is out of control.

For now, the checks and balances seem to be working, as a temporary restraining order has been issued against the state by the judiciary, the way our Founders intended.

“…New York’s legislature already removed the religious exemption for vaccines for elementary and high school students in 2019. But adults in New York still have religious freedom, even if their kids don’t. The question now is, for how long?” I can’t imagine living in or not moving from a state where children would be forced into taking experimental drugs by out-of-control fascists. What thinking person would agree to that? None. Only the weak-minded, Fear Class with no concept of the governing law of the land. Worse, it appears that the majority of NY State, given what is known so far,… Read more »

While I don’t classify myself as a ‘religious person’ (though I’m strongly against the legalised murder currently known as abortion), I am infuriated that I have to plead ‘religious conviction’ in order not to take a death potion. I refuse to have it because I refuse to have it; I know enough about the sociopathic scum trying to force this poison on everyone not to trust their modus operandi. Let them all take the vaccine, I’ll have none of it. At 68 I’ll take my chances, and that includes the risk of being infected by the spike protein-shedding lemmings who… Read more »

‘[…] the incessant media fearmongering over the “Delta variant” and now the “Mu variant,”[…]’
What happened to the Epsilon, Zeta, Eta, Theta, Iota, Kappa and Lambda variants, all of them extremely toxic?

“What happened to the Epsilon, Zeta, Eta, Theta, Iota, Kappa and Lambda variants, all of them extremely toxic?”

Doubt it. But all are extremely stupid propaganda.

Unfortunately this is just facade justice. They will circle that back anyways. They aim is to make all citizens GMOs addicted to to subsequent boosters, in order to survive subsequent muutations caused by themselves. The vaccinated may not have good chances of surviving new strains, because their immunity falls fast. If they don’t get another shot, they may be dying.