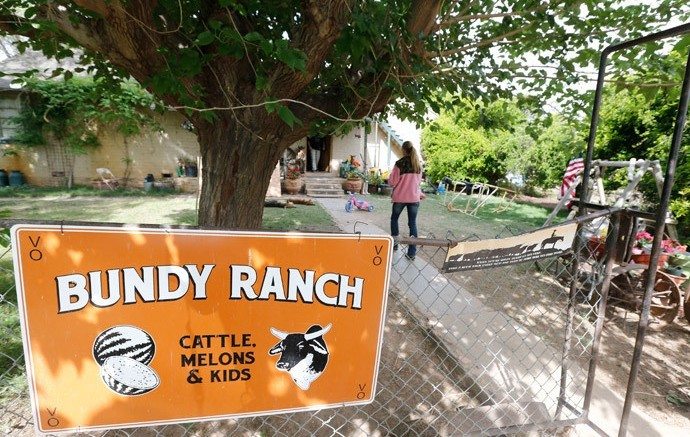 Feds protect their turf by Re-classifying Patriots as Domestic Terrorists

TN Note: This is a most dangerous precedent when the government turns its forces against its own citizens. With anti-government sentiments already running so high in America, this could result in a massive confrontation if not checked.

The U.S. Justice Department is considering legal changes to combat what it sees as a rising threat from domestic anti-government extremists, senior officials told Reuters, even as it steps up efforts to stop Islamic State-inspired attacks at home.

Extremist groups motivated by a range of U.S.-born philosophies present a “clear and present danger,” John Carlin, the Justice Department’s chief of national security, told Reuters in an interview. “Based on recent reports and the cases we are seeing, it seems like we’re in a heightened environment.”

Over the past year, the Justice Department has brought charges against domestic extremist suspects accused of attempting to bomb U.S. military bases, kill police officers and fire bomb a school and other buildings in a predominantly Muslim town in New York state.

Carlin and other Justice Department officials declined to say if they would ask Congress for a comparable domestic extremist statute, or comment on what other changes they might pursue to toughen the fight against anti-government extremists.

The U.S. State Department designates international terrorist organizations to which it is illegal to provide “material support.” No domestic groups have that designation, helping to create a disparity in charges faced by international extremist suspects compared to domestic ones.

A Reuters analysis of more than 100 federal cases found that domestic terrorism suspects collectively have faced less severe charges than those accused of acting on behalf of Islamic State since prosecutors began targeting that group in early 2014.

The government shifted its focus to international terrorism after al Qaeda killed nearly 3,000 Americans on Sept. 11, 2001.

But in recent years anti-government activists, like those who occupied a wildlife preserve in eastern Oregon last month, have regained prominence.

John Carlin, head of the Just-Us Department of National Security, would do well to remember that we have a Bill of Rights. Violations of that document are unacceptable.

Fruit of the Patriot Act: Patriots as Domestic Terrorists.

“With anti-government sentiments already running so high in America”

It is not Anti-Government – It Is Anti-Corrupt-Government!!!

The government isn’t going to police itself, especially when the Obama administration has thrown the constitution out the window. There must be restraint and accountability and right now there is NONE! COS won’t work because it will render the constitution flawed. The constitution will work, IF ENFORCED!Lets get this right for once.

It just stuns me that those men in charge of our security are that stupid. They forget some of the most basic concepts when dealing with humans. I like what Princess Leia said to Governor Tarkin in the original Star Wars movie. When he said; “You don’t know how hard I found it, signing the order to terminate your life”, princess Leia said “I’m surprised that you had the courage to take the responsibility yourself”, which then Tarkin replied, “princess Leia, before your execution, I’d like you to join me for a ceremony that will make this battle station operational.… Read more »

Bundy and his ilk are un american traitors and deserve harsh punishment. hundreds of thousands of other ranchers pay the below market BLM grazing fees and support America. old man Bundy should be in jail he is NOT a patriot he’s a thief.

If you truly believe this, then you do not believe in the “rule of law”, the U.S. Constitution or private property rights. Your statement suggests you are a troll, just seeking to create an argument, but you won’t find one here. I suggest that you move along.