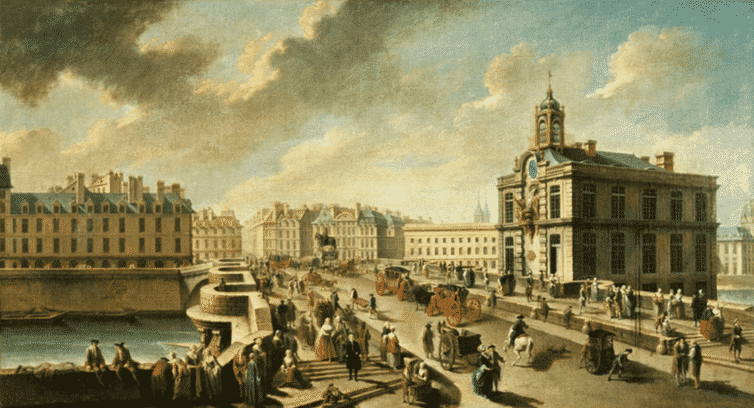 Please Share This Story!
PDF 📄
Fans of Game of Thrones will recognize ‘Free Cities’ as autonomous city-states modeled after the ancient Roman era. Today, Free Cities are being promoted as the structure du jour to replace the nation-state. This is a key element for Technocracy to succeed, as described in Technocracy: The Hard Road to World Order.

A GOP lawmaker in Illinois recently introduced a bill that, if passed, would ask Congress to consider making the city of Chicago its own state. Of course, no one really expects this bill to pass—even the congressman who wrote it admits that he only introduced it to highlight Chicago’s disproportionate influence in the state of Illinois.

Chicago holds more voting power than the largely rural rest of the state for a reason: More people live there. More money is made there. More happens there. But because voting choices in Chicago are historically different from those in rural voting districts, fair representation across the state is a growing concern.

This illustrates how political divisions in North America and Western Europe run not only along the fault lines of race and class, but increasingly divide the rural heartlands from the major cities.

This is a divide with real consequences, from Brexit to polarizing politics following the 2016 US presidential election. And it seems like it’s only getting harder to fix.

But, what if instead of trying to mend this cultural schism, we embrace it? And, what if a solution for a better future came from far, far in the past? If we look back to ancient history, one model makes a strong case for this approach: the free city.

A free city is a largely independent municipality that is not subject to local and regional authorities, and has its own representatives in federal or imperial bodies. They were particularly important in the Holy Roman Empire and persisted throughout the Middle Ages, which was when cities became sites of progress, development, and culture.

Free cities largely disappeared as a result of the rise of the nation-state in late medieval and early modern period, but it was a model of governance that worked for centuries. In medieval Italy and Germany, free cities were unencumbered by the authority of regional lords, but nonetheless participated to a limited degree in the imperial government. Still, free cities had their own laws and elected their own magistrates. They controlled their own trade, and regulated the movement of people in and out of their city limits.

Meanwhile, surrounding rural counties enjoyed the economic benefits of the city, such as access to its many markets and industries, but were not subject to the city’s unique laws, nor particularly affected by innovations or changes within the city. Urban residents may have been costumers who bought your crops, but they weren’t necessarily your compatriots. In short, it was a working partnership of more or less mutual benefit.

By recreating the free city model today, we might be able to address some of our biggest struggles in society, from the immigration crisis to the rise of populism and mounting trade wars.

For nearly three years, Brexit has consumed much of the political oxygen in Britain with what is essentially a rural revolt against a perceived urban elite. The referendum left behind an electoral landscape in which cities heavily supported remaining a part of the EU, while rural communities largely favored leaving. Imagine how different British politics would be today if London and Liverpool were free to stay in the EU, while Hertfordshire and Surrey departed.

In the United States, a country with a long history of urban-rural tensions, the problem is particularly pronounced. This is thanks to the Senate and the electoral college, which disproportionately favor rural areas in shaping the federal government. Similarly to Brexit, the current US president won electoral victory, but lost the vote in many major cities.

In its modern iteration, a free city could function much like American states do today, effectively able to make its own laws that do not contravene national law or the constitution. In the tradition of the Holy Roman Empire, it would have independent congressional representation.

What if Los Angeles welcomed the immigrants it needs, without the residents of Cheyenne County, Kansas worrying that LA’s changing demographics have any impact on them?

If LA were a free city, it would be able to instate immigration laws that differ from the current federal arrangement. The city government could form its own asylum and migration policies to decide how many people, and which people, it would accommodate.

Conversely, immigration to a free city would have its limitations, meaning immigrants could not reside in surrounding areas without submitting to a separate process, which would be controlled by the surrounding country and not the free city. These “city immigrants” could ultimately apply for residency and citizenship as well, but this status too would be limited to the free city to which they had migrated.

Since free cities would be economically autonomous, no one in the provinces need worry that their tax dollars are going to support the free cities’ new arrivals (though as we know, immigrants provide a net economic benefit). Free cities’ immigration policies would have to account for what could be accommodated by their own coffers.

Free cities would be allowed to negotiate their own trade deals with other free cities—and nations. For example, a free Chicago would need to work out trade deals to bring in food from rural Illinois, Wisconsin, and Indiana. At the same time, these places would need goods and services produced in Chicago. This type of trade deal would require parties from both sides of the urban-rural divide to come to the negotiating table in acknowledgement of mutual dependence, at the very least.

Bringing back free cities would render a world in which we can be dependent on each other (which, arguably, we already are) without having to be afraid of one another.