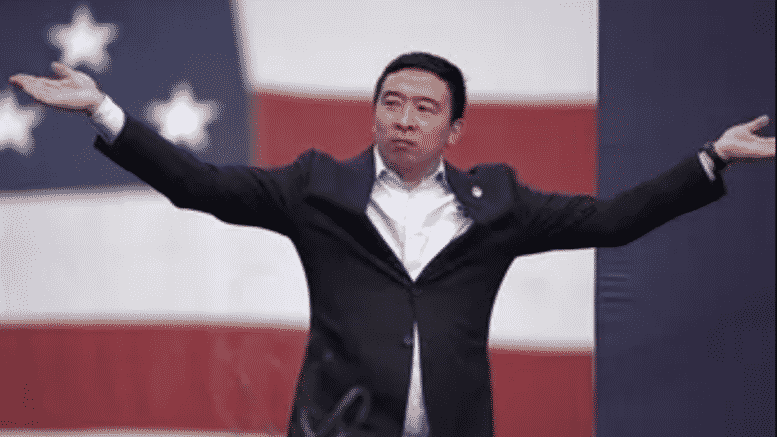 Please Share This Story!
PDF 📄
UBI is an original tenet of Technocracy in the 1930s and is gaining traction again as Technocrats like Andrew Yang promote it. UBI-dependent citizens would ultimately create a slave class that would serve the Technocracy as it sees fit. Thus far, no UBI experiment has been successful, yet it persists anyway. ⁃ TN Editor

Residents in cities across the country are receiving $500 per month payments as part of a no-strings-attached experimental universal basic income program.

Now places from Compton, California, to Richmond, Virginia, are trying out pilot guaranteed income programs as researchers hope the results give them a fuller picture of what happens when a range of people are sent payments that guarantee a basic living, AP reported.

An Upstate New York pilot program, funded by private donations, is providing 100 county residents making less than $46,900 annually $500 a month for a year.

The income threshold was based on 80% of the county´s average median income, meaning it includes both the poor and a slice of the middle class – people who face financial stress but might not ordinarily qualify for government aid based on income, AP reported.

One of the recipients is 57-year-old Anette Steele, a special education school aide who is getting her payments through a program in Ulster County, located less than 100 miles north of New York City, which covers parts of the Catskill Mountains and the Hudson River Valley.

Steele, who lives in the village of Ellenville with her retired husband, tells AP that the monthly payments of $500 provides her a welcome financial boost that has helped her pay for car insurance and groceries.

‘It lessens my bills,’ Steele said. ‘People think because you’ve been working so many years, that you make this tremendous amount of money. But no, actually.’

While most basic income programs tend to focus on cities, this upstate program branches out to a city, small towns and remote areas many miles from bus lines and supermarkets.

‘Showing that this approach will work not just in urban areas, but for rural parts of the country – which we know is one of our big national problems – I think there´s great opportunity there,’ Ulster County Executive Patrick Ryan told AP.

People who are well off and own a home did so because they got educated and worked hard to get what they have. It was not handed to them. No person regardless of race or sex is refused an education or home ownership. Poor people have every opportunity to pull themselves up and out of poverty but many prefer to stay there rather than put in the hard work needed to succeed and this government has perpetuated that and they did in order to keep people poor and dependent. Taking UBI is just another welfare program in order to control… Read more »

Just think if the poor put some time and effort into their homes and neighborhoods, their property values and attitudes might rise up. Alas, just overgrown grass and blowing litter in so many neighborhoods because no one has the sense to simply care about where they live.

Exactly what I thought. Talk about the “Come to Jesus” stance. He’s definitely nutty.

They have so corrupted our economic system via the Fed and drunk spending politicians that they hope this pittance can mollify the dependents and guarantee their Blue vote. You will never get ahead depending on the government. If you disagree, just go take a look at any inner city after 60 years of the welfare state(the old UBI). And, NO, this centrally controlled economy is in no way or shape to be considered capitalism.

Universal Basic Income comes from the Robin Hood fairy tale. Robin Hood was a bad guy, but most believe he was a good guy. The 10 commandments (also called the law) which have been removed from our eyes in most places, I believe I can show them here, and add my comment too: 1)You shall have no other gods before Me (government is god today, China, Japan, India etc. have millions of them!) 2)You shall not make for yourself an idol (have you seen the Mary statues everywhere, including Buddha, politicians! etc.) 3)You shall not take the name of the… Read more »

What does a society do when the people out-number the jobs? For the short term forget why, it is coming, probably here. Resist telling people to get an education, work harder, etc. Nothing makes sense job-wise in the age of A I. We are pretty much stuck with some form of a guaranteed stipend. Let’s be smart about this, wish I could keep this from the politicians, but don’t see a path. All this will start in July with some formula that includes kids, and parents with a combined income of $150,000 or less, seems high, but know it isn’t.… Read more »

Bottom line? Someone has to pay. Who will it be? UBI at $500 or even $1000 a month is nothing, really. For the poor who are being subsidized at the moment it helps ease grocery bills, buy gasoline or pay utility bills. It will not pay for one’s life pursuits so working is not necessary as these UBI pushers want us all to envision and believe–artistic pursuits, walking in the park with your lover at midday, calm, happiness. NO. That’s complete marketing nonsense. Bring to bear on the UBI subject the recent gains of wealth for predator class individuals, such… Read more »

Giving people money for doing nothing would be awesome.

The problem is not minimum wage or UBI. What we need is maximum wage. Why does any CEO need to make $9 million annually plus bonuses and paid health insurance? Bonuses and paid insurance should be for those who make less than 1 million per year.
This UBI like welfare will be a total disaster.
Also I will not be keeping my money in a bank so the government can take it to pay for someone else. Force the wealthiest to pay the UBI. I worked hard for that money for my needs not someone else’s.

it’s called “welfare”. And we all know what that has done to create a permanent class of downtrodden.