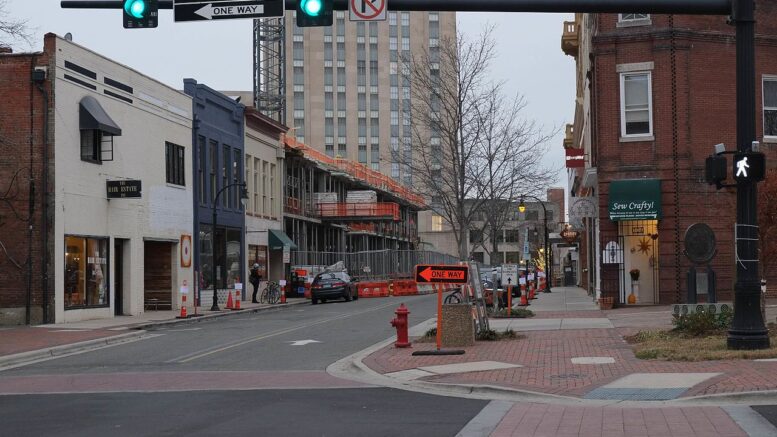 Please Share This Story!
PDF 📄
Universal Basic Income seems to be spreading like wildfire but it does nothing to revive economic activity. Instead, it suppresses economic activity by enabling would-be wage earners to live off “free money.” UBI payments keep people impoverished, ultimately driving them further into despair and poverty. ⁃ TN Editor

Durham City Council members have unanimously approved a pilot program that will soon provide more than 100 formerly incarcerated residents with a guaranteed income of $500 a month.

Durham is one of 22 cities across the United States that will participate in the program, which is modeled after one in Stockton, California. The city was awarded a $500,000 grant from Mayors for a Guaranteed Income (MGI)—a national advocate of universal basic income—to launch the one-year pilot initiative, which is expected to begin early next year.

As previously reported by the INDY, Durham Mayor Steve Schewel kicked off a city council work session last January by announcing the city was among the cities being considered for the MGI grant.

Having secured the funds, council members during an October 18 meeting authorized the city manager to execute an agreement with two entities, StepUp Durham and Steady, to administer the funds and disburse monthly payments to the city’s guaranteed income participants.

StepUp Durham is a local nonprofit that offers free job training and coaching to employment-seekers. Steady—a mobile app company that allows its users access to part-time, hourly, and on-demand employment opportunities—will serve as the platform to make monthly cash payments to the pilot participants, according to officials.

Schewel on Tuesday told the INDY that the one-year pilot program will be funded through the grant as well as $190,000 in private funds along with $110,000 from city coffers.

No one has to take the money! 26 years ago when I started my company I was told to make sure that I would make it known that it was female owned company so I that could get perks, such as chances to be first in line to bid on jobs. I said no way, I will do this like everyone else! Though it has been rough, it is a mans world. But most female owned company’s have taken the bait! Once you do this then the government has more rules for you. “For even when we were with you,… Read more »

More of the same. At $500 some people can actually avoid working, I’m told. Weird that it’s so, I find. I didn’t believe it. I was wrong. Actual people were ‘exampled’ to me. I asked a lot of questions but all came down to some people can make it on very little money each month. They live in rat trap houses, typically. They can’t feed their children, typically. No matter, they will take the hand-out to avoid working in low level jobs. Not that I can blame anyone who wants to raise themselves out of poverty and crappy working conditions… Read more »