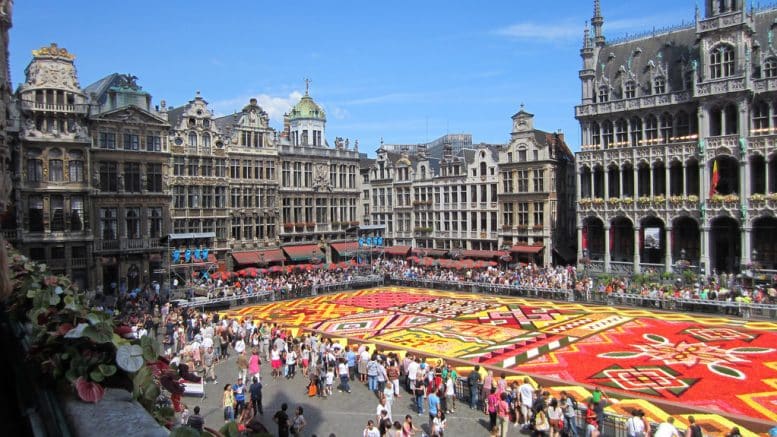 The siren call of Technocracy that lures the heart of mankind is the promise of direct personal involvement in all affairs of society. However, this is NOT democracy nor will it ever deliver what is promised. The technocratic corporate world is as dictatorial, regimented, controlled and micromanaged as any political regime in history, and it could care less what people (or employees) think. ⁃ TN Editor

Five decades before Mark Zuckerberg vowed to “bring the world closer together,” a group of supranational entrepreneurs set out the goal of forming an “ever closer union of the peoples of Europe.” Both Facebook and the European Union have created new opportunities for trading ideas and goods within an imagined community that transcends national borders. But repeated crises have laid bare their disconnection from the ordinary people they are supposed to serve.

Facebook and the EU have each placed enormous confidence in top-down technocratic governance. Their legitimacy, in practice, is based not on the permanent allegiance or the direct and meaningful consent of the governed, but rather on their ability to attract members by delivering a rewarding “user experience.” Thus when people grow dissatisfied, their instinct is to leave rather than push for new leadership or mobilize for reform, as indicated by Brexit and the #DeleteFacebook movement.

Brussels and Silicon Valley share a common lineage in globalization. Facebook would not exist today were it not for a courageous decision to build a transnational telecommunications network run by a cluster of commissions and taskforces rather than any one government. Similarly, the EU began as a technocratic entity overseeing the coal and steel production of six nation-states, later expanding to encompass all types of cross-border commerce. Historians will laud the internet and European integration for contributing to an unprecedented expansion of trade and liberal democratic norms. In a very short time, billions of people gained access to new forms of free expression, education, travel, and employment.

But like other institutions associated with globalization, the EU and the tech industry are facing a backlash, accused of blindly pursuing their visions of progress while neglecting major flaws and collateral damage. In a leaked memo, Facebook vice president Andrew Bosworth wrote that even if “someone dies in a terrorist attack coordinated on our tools… we believe in connecting people so deeply that anything that allows us to connect more people more often is *de facto* good.”

Both systems were built on idealism and contained few corrective mechanisms to address abuses by either internal or external forces. Thus the likes of Facebook, Google, and Twitter failed to protect their users from political manipulation and shady data brokers, and Eurocrats have bungled their response to debt and migration crises.

Much of the debate about how to change Facebook has revolved around increasing the transparency and accountability of its decision-making processes. Unlike traditional companies, which sold customers a product for their private use, search and social media companies retain control over how we use their platforms – and even whether we are allowed to use them. To restore public confidence, all large online services must be more open with users about crucial decisions, particularly surrounding data privacy and free speech.

In its latest Corporate Accountability Index released this week, the nonprofit Ranking Digital Rights stated that Facebook’s “disclosure of options users have to control what information the company collects, retains, and uses was worse than any other company in the index.” Users also deserve more information about decisions to remove content that violates either Facebook’s internal rules or the laws of countries in which it operates. Too often these policies have been enforced unevenly, allowing violent incitement to remain while censoring human rights activists.

In his recent testimony before Congress, Zuckerberg said, “It’s not enough to just connect people, we have to make sure those connections are positive. It’s not enough to just give people a voice, we have to make sure people aren’t using it to hurt people or spread misinformation.” To its credit, the company has made recent moves to reformat its privacy tools and publish its internal guidelines for content regulation, while adding a process for appealing the removal of content for “nudity, sexual activity, hate speech, or violence” in which you may obtain a second judgment within 24 hours. But to make the jump from enlightened dictatorship to democracy, Zuckerberg must open Facebook up to far greater participation.