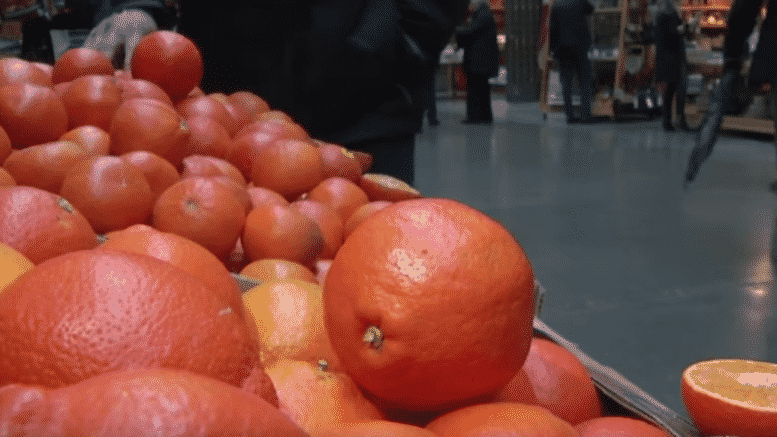 Collectively, Technocrat-minded scientists will pollute and degrade the world’s gene pool, one modification at a time. Editing DNA on one plant or animal is one thing. Editing hundreds or thousands of species is insanity. ⁃ TN Editor

The next generation of biotech food is headed for the grocery aisles, and first up may be salad dressings or granola bars made with soybean oil genetically tweaked to be good for your heart.

By early next year, the first foods from plants or animals that had their DNA “edited” are expected to begin selling. It’s a different technology than today’s controversial “genetically modified” foods, more like faster breeding that promises to boost nutrition, spur crop growth, and make farm animals hardier and fruits and vegetables last longer.

The U.S. National Academy of Sciences has declared gene editing one of the breakthroughs needed to improve food production so the world can feed billions more people amid a changing climate. Yet governments are wrestling with how to regulate this powerful new tool. And after years of confusion and rancor, will shoppers accept gene-edited foods or view them as GMOs in disguise?

“If the consumer sees the benefit, I think they’ll embrace the products and worry less about the technology,” said Dan Voytas, a University of Minnesota professor and chief science officer for Calyxt Inc., which edited soybeans to make the oil heart-healthy.

Researchers are pursuing more ambitious changes: Wheat with triple the usual fiber, or that’s low in gluten. Mushrooms that don’t brown, and better-producing tomatoes. Drought-tolerant corn, and rice that no longer absorbs soil pollution as it grows. Dairy cows that don’t need to undergo painful de-horning, and pigs immune to a dangerous virus that can sweep through herds.

Scientists even hope gene editing eventually could save species from being wiped out by devastating diseases like citrus greening, a so far unstoppable infection that’s destroying Florida’s famed oranges.

First they must find genes that could make a new generation of trees immune.

“If we can go in and edit the gene, change the DNA sequence ever so slightly by one or two letters, potentially we’d have a way to defeat this disease,” said Fred Gmitter, a geneticist at the University of Florida Citrus Research and Education Center, as he examined diseased trees in a grove near Fort Meade.

Farmers have long genetically manipulated crops and animals by selectively breeding to get offspring with certain traits. It’s time-consuming and can bring trade-offs. Modern tomatoes, for example, are larger than their pea-sized wild ancestor, but the generations of cross-breeding made them more fragile and altered their nutrients.

GMOs, or genetically modified organisms, are plants or animals that were mixed with another species’ DNA to introduce a specific trait they’re “transgenic.” Best known are corn and soybeans mixed with bacterial genes for built-in resistance to pests or weed killers.

Despite international scientific consensus that GMOs are safe to eat, some people remain wary and there is concern they could spur herbicide-resistant weeds.

Now gene-editing tools, with names like CRISPR and TALENs, promise to alter foods more precisely, and cheaply without necessarily adding foreign DNA. Instead, they act like molecular scissors to alter the letters of an organism’s own genetic alphabet.

The technology can insert new DNA, but most products in development so far switch off a gene, according to University of Missouri professor Nicholas Kalaitzandonakes.

Those new Calyxt soybeans? Voytas’ team inactivated two genes so the beans produce oil with no heart-damaging trans fat and that shares the famed health profile of olive oil without its distinct taste.

The hornless calves? Most dairy Holsteins grow horns that are removed for the safety of farmers and other cows. Recombinetics Inc. swapped part of the gene that makes dairy cows grow horns with the DNA instructions from naturally hornless Angus beef cattle.

“Precision breeding,” is how animal geneticist Alison Van Eenennaam of the University of California, Davis, explains it. “This isn’t going to replace traditional breeding,” but make it easier to add one more trait.