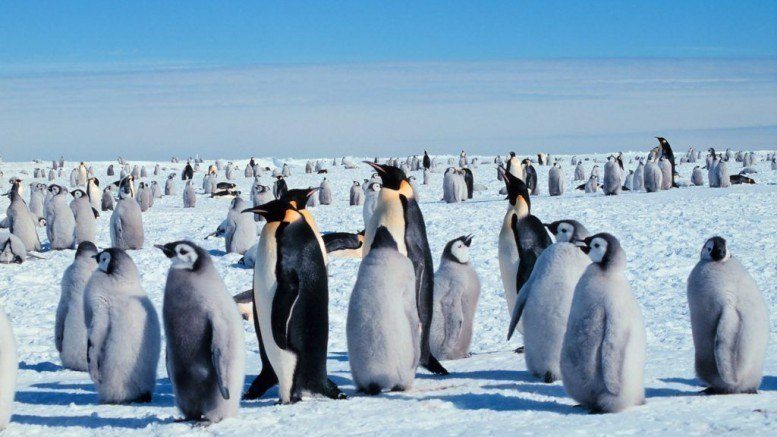 The global warming narrative is rapidly falling apart, but will it be enough to cause warmists to change their minds? Not likely. Rather, they will most likely come up with another angle to continue the fear mongering that is designed to drive the world into Sustainable Development. ⁃ TN Editor

A 15-YEAR long mini ice age could be due to hit the Northern hemisphere in just FOUR years as the sun prepares for ‘hibernation’ – triggering a barrage of cataclysmic events.

A team of experts have warned that huge seismic events, including volcanic eruptions, plunging global temperatures and destabilisation of the Earth’s crust will become more common after worrying changes to the surface of the Sun were recorded.

It could take up to 15 years for solar activity to return to normal with extreme weather and freezing temperatures continuing until 2035.

The warning will infuriate environmental campaigners who argue by 2030 the world faces increased sea levels and flooding due to glacial melt at the poles.

Solar activity, measured by the appearance of sun spots, has been declining at a greater rate than at any other time in history, it has emerged.

The Sun is now without spots for the first time in five years after 21 days of minimal activity were observed through the course of 2016.

Although spots reappeared sporadically during the summer, repeated slumps of no activity were recorded through the year.

The trend has prompted scientists to warn that the world is hurtling towards a historic solar minimum event with output potentially dropping to an all-time low.

The phenomena are thought to drive extreme cold weather in Europe, including Britain, Northern America and across the lower southern hemisphere affecting New Zealand and parts of South America.

They have also been linked to major earthquakes in tremor hotspots igniting fears that major cities including Tokyo and Los Angeles could be facing the next ‘big one’.

Research by the The Space and Science Research Center in Florida revealed a  strong link between low solar activity and seismic events.

It revealed a terrifying correlation between reduced solar activity and the largest seismic and volcanic events in recorded history.

Researchers at Japan’s Institute for Cosmic Ray Research concluded there is a link between global volcanic activity and solar activity lows.

“We examined the timing of 11 eruptive events that produced silica-rich magma from four volcanoes in Japan (Mt. Fuji, Mt. Usu, Myojinsho, and Satsuma-Iwo-jima) over the past 306 years (from AD 1700 to AD 2005).

“Nine of the 11 events occurred during inactive phases of solar magnetic activity (solar minimum), which is well indexed by the group sunspot number.

“This strong association between eruption timing and the solar minimum is statistically significant to a confidence level of 96.7 per cent.”