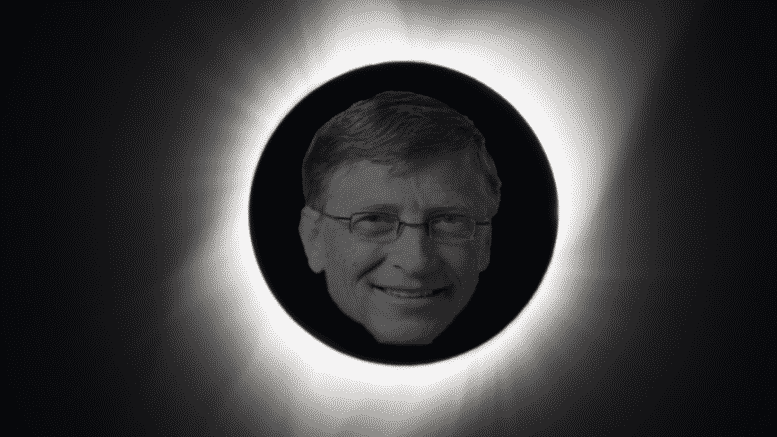 Please Share This Story!
PDF 📄
Sweden a huge supporter of the UN’s Sustainable Development program, and one of the most progressive nations on earth, and yet even they see the lunacy of Bill Gates offer to fill the stratosphere with chalk dust. Good on them. ⁃ TN Editor

An effort to dim the sun to stop global warming has been scrapped by the Swedish Space Agency, who announced that the program, funded by Bill Gates, has ‘divided the scientific community’ and will therefore not be carried out.

The Swedish Space Corporation (SSC) released a statement saying that the Stratospheric Controlled Perturbation Experiment (SCoPEx), which also had secured Harvard funding, will not go ahead as planned in June.

“SSC has had dialogues this spring with both leading experts on geoengineering and with other stakeholders, as well as with the SCoPEx Advisory Board,” the statement reads, adding “As a result of these dialogues and in agreement with Harvard, SSC has decided not to conduct the technical test flight planned for this summer.”

It also notes that “The scientific community is divided regarding geoengineering, including any related technology tests such as the planned technical balloon test flight from Esrange this summer.”

The Gates funded idea would have seen the release of calcium carbonate, essentially chalk dust, into the atmosphere from a high-altitude balloon to observe the effect it has on sunlight reaching the planet surface.

The ultimate goal of the study was to reduce the temperature on the planet in an effort to stave off global warming.

However, not surprisingly, the notion of blocking out the Sun proved somewhat unpopular, with environmental groups warning of potential “catastrophic consequences.”

The Saami Council, an advocate group for Sweden’s indigenous population, warned that the Gates experiment “essentially attempts to mimic volcanic eruptions by continuously spewing the sky with sun-dimming particles.”

The group also pointed out that SCoPEx could have “irreversible sociopolitical effects” and would do nothing to reduce Carbon emissions, which are touted as the leading cause of climate change.

Essentially, the whole idea comes off as a weird vampirish effort to starve the planet of sunlight, the driver of all life, with little scientific logic behind it at all.

Bill Gates, who is flogging a book about climate change, has poured millions into geoengineering, funneling at least $4.6 million to the lead researcher on SCoPEx, Harvard applied physics scientist David Keith.

Gates has repeatedly lauded the notion of dimming the Sun, notably during a Ted Talk in 2010:

They have already been blocking the sun with their chem trails for years and poisoning everything as well as wild life. This is just a distraction because what they are already doing is a disaster. Chem trails, GMO foods, GMO pills, Round up ready seeds, vaccines, pets, you name it. They are changing everything that God created and who said it was very good. Until man sinned and they think they know better than God who is perfect. Man is a created corrupt being who knows nothing about who God is. They are incapable of knowing since most of them… Read more »

St. Paul clearly warned them, yet they scoff at the Divine. God will not be mocked. The call down judgement on themselves. They will have a day, but only a day. Then comes the mighty, eternal wrath of the One True God.

Thank the gods that the Sweds are listening to someone, unlike most all politicos and scientists in the USA. Here they just ignore everyone and do as they please, elected or unelected and the stupid people still re-elect them. WTF?

I think most people want to vote intelligently; however after 2020 we cannot ever be certain of uncorrupted election processes again. 🙂

No doubting the Big Steal in November. Even without H.R. 1 the Democrats should be able to repeat their electoral fraud program in 2022, and has fantastical help from the MLB to do it.

But don’t think Gates won’t go elsewhere to try to get this launched; and some countries with the capability and “flexible” ethics will be very glad if he pays them lots of $$$ to do what Sweden won’t.

He is going to have people breathing chalk dust??? He along with other Billionaires are buying up ranch land so he can get rid of the cattle farmers and sell his fungi burgers to us. He needs to be in jail for harming children with his vaccines and fed fungi burgers! These “rich” Globalist think they know what is best for the World, they know what will make them money.

Leaving aside the obvious fact that sunlight is a necessary prerequisite for plants to grow and produce oxygen, the sun has now entered a phase known as the Maunder Minimum, whereby the earth will cool over the next century or so. This little gem seems to have escaped the notice of the sociopathic control freak known as Bill Gates. Really, who needs Dr. Strangelove when we have Gates?

Gates is an insect. He needs to be eradicated by his own devices.

I think that EVIL Bill Gates is the THING that needs to be EXTINGUISHED!!

This quack is funding nothing but destruction upon the Earth. Anyone who listens to him ($$) is also a quack. He hates the sun, organic food, healthy people, well-educated people… just a blight on this planet.

Global warming abated over 20 yrs ago, apparently within a sine curve warming/cooling cycle within a 300 yr cycle. But we may as well give non-technical Bill’s program a shot to solve a problem that doesn’t exist, after all the results of cloud-over from asteroid landings or historically big volcanic eruptions pose no risk. :^)

One of the characteristics of high functioning psychopaths is their confidence/fearlessness. It makes them attractive as leaders to average people.