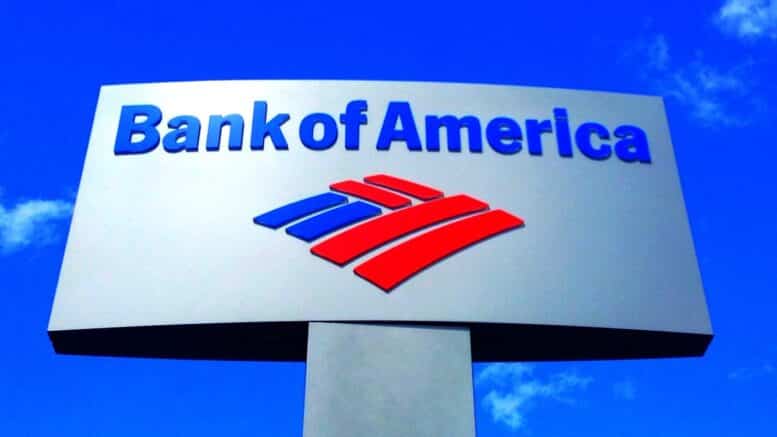 Please Share This Story!
PDF 📄
The global banks will be the principal fulcrum to lever the world into the Great Reset, which is Technocracy, a resource-based economic system where oligarchs own everything and citizens own nothing. The pandemic was merely a rehash of Greta Thunberg stamping her feet to get people to panic over climate change. ⁃ TN Editor

In June 2020, elites from around the world gathered to announce the launch of a plan to “reset” the entire global economy, a proposal they ominously named the “Great Reset.”

Among the many world leaders and powerful institutions that pledged their support for the Great Reset at the June meeting were the International Monetary Fund, Prince Charles, the head of the United Nations, CEOs from major international corporations, and the World Economic Forum—one of the key ringleaders of the Great Reset.

“Every country, from the United States to China, must participate [in the Great Reset], and every industry, from oil and gas to tech, must be transformed,” wrote Klaus Schwab, the founder and executive chairman of the World Economic Forum, in an article published on WEF’s website. “In short, we need a ‘Great Reset’ of capitalism.”

The initial justification for the Great Reset was the COVID-19 pandemic, but from the start, supporters of the global economic overhaul repeatedly said that climate change was the long-term justification, the one that would allow a sustained, massive transformation of society. Doing nothing, they argued, would pose an “existential threat” to the human race—a completely ludicrous argument many on the left continuously make without a shred of solid scientific evidence to support the claim.

Among the most important figures in the Great Reset movement are gigantic financial institutions and/or their CEOs, including Bank of America and MasterCard.

Although many Great Reset supporters have called for dramatic expansions of government welfare programs, including job guarantees, government-provided health care, etc., the heart of the Great Reset is something called environmental, social, and governance (ESG) metrics.

ESG metrics offer public policy leaders, economists, investors, and banks an entirely new way of evaluating businesses. Instead of looking at how profitable a company is, how many employees it has, its business model, and other traditional metrics, ESG adds to those concerns a whole host of left-wing causes, including how “green” a company is, having the “right” ratio of minorities, whether a business is involved in politically disfavored industries (such gun manufacturing and sales), as well as other, similar considerations. Companies are then given a score or rating to determine how well they align with ESG goals.

Hundreds of the world’s largest corporations, including financial institutions, have already created ESG systems and reporting metrics within their companies, and investor groups worth trillions of dollars have pledged to prioritize these companies over those that refuse to participate.

ESG systems, sustainable investment, and forcing the world to adopt “green” energy sources are all essential elements of the Great Reset plan to transform the world. (I put “green” in quotes because there is ample evidence to show wind and solar energy are not even remotely environmentally friendly, as even left-wing documentarian Michael Moore now admits).

Parts of the Great Reset are theoretical and have yet to be put into place, but some components of the plan have already been rolled out or are now being put into place. One of the most important is financial institutions’ commitment to mandate that virtually all businesses in America adopt renewable energy.

In February 2021, Bank of America, citing its “longstanding support for the Paris Climate Agreement,” announced, “the company today outlined initial steps to achieve its goal of net-zero greenhouse gas (GHG) emissions in its financing activities, operations and supply chain before 2050.”

Note that the “net-zero greenhouse gas emissions” rule will be applied not only to Bank of America’s own operations and supply chain—meaning every company that does business with Bank of America—but also its “financing activities.”

Put more simply, if you want a loan from Bank of America in the future, you better toe the globalist line on climate change.

Of course, Bank of America isn’t the only bank with these policies. Wells Fargo CEO Charlie Scharf made a comparable announcement on March 8.

“Climate change is one of the most urgent environmental and social issues of our time,” Scharf said, “and Wells Fargo is committed to aligning our activities to support the goals of the Paris Agreement and to helping transition to a net-zero carbon economy.”

Citi, Goldman Sachs, Morgan Stanley, and JPMorgan Chase—which, together with Wells Fargo and Bank of America, make up the six largest banks in the United States—also made similar commitments.

…from the start, supporters of the global economic overhaul repeatedly said that climate change was the long-term justification, the one that would allow a sustained, massive transformation of society.

Uh, where’s the scientific proof of anthropogenic climate change? We might want to see that and discuss it before rewiring the world economy. Right? Computer models of world climate is only a technique, not a proof. As they’ve said in computing since the beginning, garbage in garbage out. And those publishing the models are grant whores who are wrong at least 95% of the time.

you’re wasting your time arguing about CC or Global Warming. They have the money & the power to force the Little People to give them more money. If they were concerned about CC/GW they would be investing in getting the Molten Salt & Traveling Wave reactors manufactured and installed. Carbon taxes, Carbon Credits, renewable energy, sustainability & all those related programs requires the rate payers & tax payers spend more money. That money goes to special interest groups, phony capitalists, lawyers, bureaucrats (all parasites). They force companies to borrow more money on which they pay interest. In the meantime Al… Read more »

World banking is funded & controlled by the Vatican:

“One single administration, the Extraordinary Section of the Administration of the Patrimony of the Holy See, or the APSA, is treated as a central bank by the World Bank, the International Monetary Fund and the Bank of International Settlements at Basle.”
(“In God’s Name”, David Yallop, 1984, p.81)

The mob have bought the hysteria and fear mongering regarding the hoax virus, that politicians and the mainstream media continue to spin. In effect, the mob now supports the architects of The Great Reset. As in every situation, it’s a numbers game.
God help us.

Americans are so used to living in debt they won’t know how to survive if their credit is taken away.