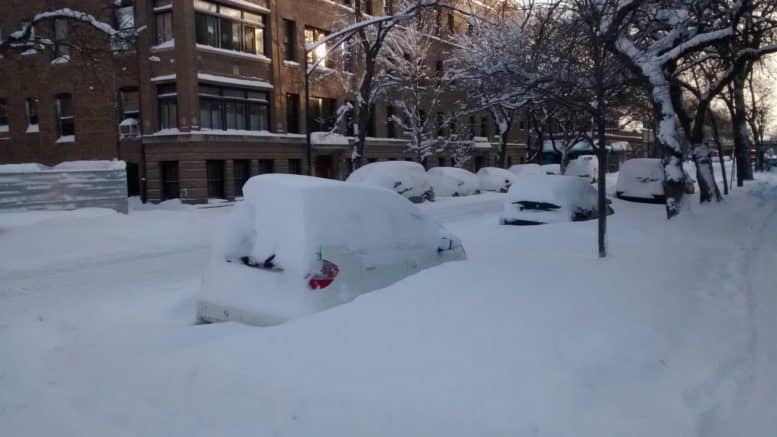 Please Share This Story!
PDF 📄
The only way that Technocrat global warming alarmists can deal with opposition is to bully, belittle, marginalize, name-call, etc. There is no discussion or debate. This only proves that the entire global warming mantra is as phony as a three dollar bill. ⁃ TN Editor

n a world riddled with climate-change doomsday predictions, a small but growing number of scientists are saying the highly touted climate models predicting steadily increasing global temperature due to humans’ carbon-dioxide emissions are wrong and that Earth could soon face something even more dire: global cooling.

One such climate scientist is Valentina Zharkova, an astrophysicist at Northumbria University in the United Kingdom. Zharkova and her team of researchers say that based on mathematical models of the Sun’s magnetic activity, it’s likely Earth will experience decreasing magnetic waves over a 33-year period beginning in 2021.

Zharkova is not alone. In 2017, researchers at the Physical Meteorological Observatory Davos, the Swiss Federal Institute of Aquatic Science and Technology, ETH Zurich, and the University of Bern published a model projecting a cooling period “in 50 to 100 years’ time.” Numerous other studies have made similar projections. Indeed, the website NoTricksZone lists hundreds of peer-reviewed papers that argue solar activity and solar cycles have a substantial influence on global climate change on decadal, century-long, and millennial time scales. Some of these papers even argue that solar activity is often the dominant factor driving climate change.

The researchers say reduced solar magnetic activity has previously been linked to historically cool periods in Earth’s history, such as the Maunder Minimum, a period of lower magnetic activity associated with a “mini ice age” that occurred from 1645 to 1715. During the Maunder Minimum, temperatures plummeted to such an extreme degree that Londoners held “frost fairs” on the frozen Thames River.

Writing for the New York Times, historian Geoffrey Parker notes, “The unusual cold that lasted from the 1620s until the 1690s included ice on both the Bosporus and the Baltic so thick that people could walk from one side to the other.”

Although Zharkova says her model’s accuracy is 97 percent, she’s not sure precisely how impactful lower solar magnetic activity will be, especially because it is believed there is a lot more carbon dioxide in the atmosphere today than in the seventeenth century, and many climate scientists believe higher CO2 levels cause additional warming.

Many of those convinced that humans are responsible for the higher global temperatures recorded over the past century have already started to dismiss Zharkova and others who say global temperature could soon level off because of solar activity. Michael Mann, a professor at Pennsylvania State University who created the controversial “hockey stick graph,” told the Washington Post in 2015 the effect of lower solar activity would be “a drop in the bucket” compared to the effects of carbon dioxide.

If Mann and others who believe that humans’ carbon-dioxide emissions are driving climate change are wrong and lower solar activity occurs and has a cooling effect on the climate, the results could prove disastrous for climate-change crusaders in the Democratic Party, United Nations, and elsewhere who desperately want to impose restrictions, punishments, or both on carbon-dioxide emitters — which, it’s worth remembering, includes everyone in the world, including you. Not only would a cooling effect completely undermine virtually every single climate model predicting steady warming over the next century, it would highlight just how flawed mainstream climate science has become. After all, if climate alarmists can’t accurately predict a 33-year cooling period based on solar activity, why should we trust them to predict global temperature 100 years in the future?

Contrary to the dire warnings routinely issued by left-wing pundits and politicians such as Sen. Bernie Sanders (I-VT), the debate over the causes and consequences of climate change is still very much alive. With that said, it’s worth pointing out just how ironic it would be if Zharkova’s reduced solar activity theory proves to be accurate and proponents of the theory that humans are responsible for climate change are right about mankind’s contribution to global warming.

If climate alarmists are correct, then the planet would be much cooler today than it is now if humans were never to have produced significant amounts of carbon dioxide. That means that whatever cooling results from decreased solar activity would theoretically be much more extreme without humans’ CO2 emissions. That’s incredibly important, because cooler global temperatures have historically been linked to deadly living conditions for humans, plants, and wildlife.