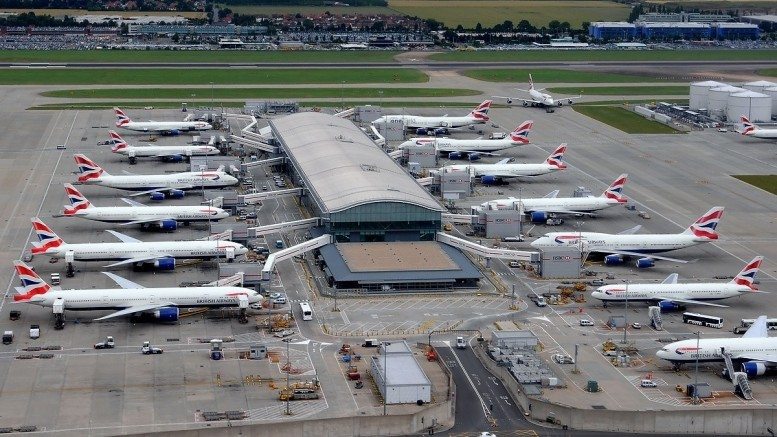 TN Note: The fact that a ‘death ray’ is even necessary is unsettling, as is the unchecked proliferation of drones in the first place. The technology behind the ‘death ray’ can conceivably be adapted to shut down any kind of moving vehicle.

It comes as Met officers probe what was believed to be Britain’s first unmanned aerial vehicle strike against a plane, which was on a landing approach to Heathrow airport.

Scotland Yard said “an object believed to be a drone” hit the front of a British Airways Airbus A320 last Sunday lunchtime above Richmond Park.

There were 132 passengers and five crew on board the flight approaching from Geneva, which was at 1,700ft – the legal maximum height for UK drones is 400ft.

BA said the plane landed safely and was cleared by engineers for its next flight.

Transport minister Robert Goodwill played down the incident, telling Parliament on Thursday it could have been a “plastic bag”, but Scotland Yard told the Standard on Friday that officers still believed the object was a drone.

Heathrow refused requests for an interview on its anti-drone measures, referring enquiries to the police.

Asked about how it was securing London’s skies, the National Police Chiefs’ Council would not reveal specific details about counter measures being tested, only they were “working with partners to better understand the threat posed by drones and to develop an appropriate technical response”.

The Government has already undertaken trials of counter-UAV systems, including one using military-grade technology deployed in Afghanistan that downs unmanned aerial vehicles with a “death ray” jamming its radio signals.

The American Reinvestment and Recovery Act and the brain initiative are the worst scams ever perpetrated on the American people. Former U. S. Surgeon General Regina Benjamin Warns: Biochips Hazardous to Your Health: Warning, biochips may cause behavioral changes and high suicide rates. State Attorney Generals are to revoke the licenses of doctors and dentists that implant chips in patients. Chip used illegally for GPS, tracking, organized crime, communication and torture. Virginia state police have been implanting citizens without their knowledge and consent for years and they are dying! Check out William and Mary’s site to see the torture enabled… Read more »